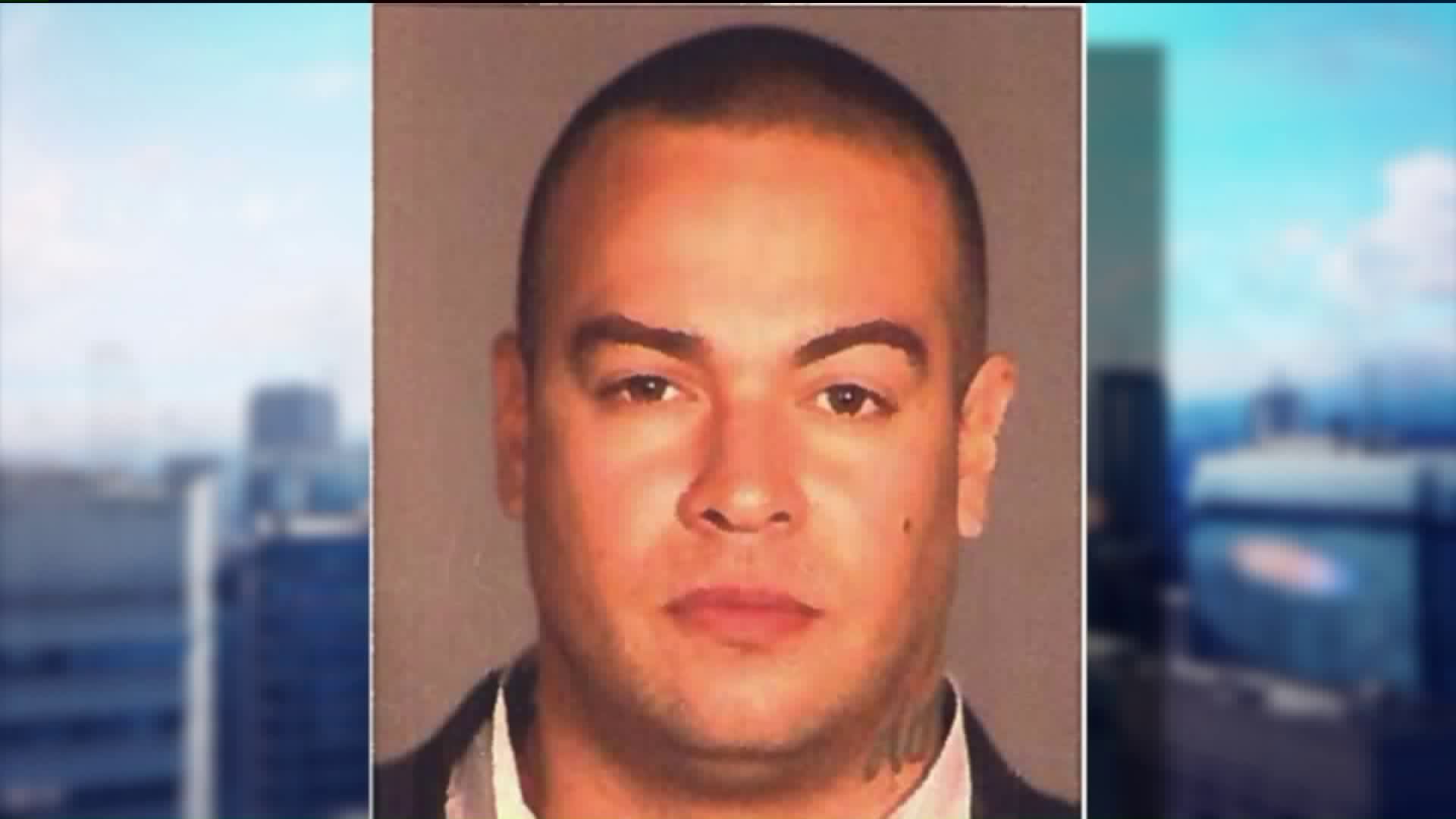 His latest victims got wise and called cops on the fake officer.

BENSONHURST, Brooklyn –– Cops have arrested the suspect allegedly posing as an NYPD officer in several robberies in Brooklyn in the last week, police said.

Police say Camilo Arcelay, 36, is wanted for robbing several stories while posing as an NYPD officer in Brooklyn. (Photo: NYPD)

The suspect identified as Arcelay Camilo, 36, has struck at least five businesses, taking more than $4,000 since last Thursday – all while pretending to be a member of New York's Finest, according to police.

Most recently, the NYPD says the fake cop last struck Tuesday morning around 1 a.m. when he walked into a deli on 63-18 18th Ave. and tried to get money from a deli clerk at the Gourmet Deli Grill.

Exclusive surveillance video obtained by PIX11 captured the man while inside the grocery appearing to make a phone call. The suspect was wearing a red vest and an NYPD shirt, police say. He did not have a firearm on him.

The faux officer ran away after a store employee threatened to call the real police. There were no injuries in the incident.

"He came inside said 'I am NYPD I want to check for [cigarettes],' Abdulrahman Muthana, the store clerk on duty said. "I forget to tell him let me see proof of ID and he showed me his [shirt] that said NYPD. I called my friends to help me because I am by myself."

"He came inside asking for permission going behind the counter asking for stuff, looking for the money,"Abdulamalik Alomari, a witness said. [He] told him to start counting money in the back and that's when I told my friend this is suspicious. He shouldn't be inside there unless he has a badge or a search warrant."

The latest attempt by the individual marks the fifth time in less than a week in Bensonhurst and Coney Island neighborhoods, police say. In each instance, police say the thief announces he's conducting a compliance check for tax stamps on cigarettes. He then attempts to empty the cash drawers and tells the clerk he needs to bring the money to the local precinct to count it.

The alleged police impersonator first struck a laundromat on 20th Avenue and took $300 on Thursday, the NYPD said. He robbed a grocery at 2901 W. 21st St. on Saturday and swiped about $2,500 from them, police said. He moved on to a bodega on New Utrecht Ave. and allegedly ran away with $1,000 cash and cigarettes Sunday evening. The man then stole $560 cash and lotto tickets on Monday at about 12:20 p.m., according to police.

The NYPD International Affairs Bureau sent officers to the scene at the Gourmet Deli Grill on 18th Avenue to interview victims. Police say it's standard for the IAB to investigate anytime someone is impersonating a police officer.

Arcelay has been in trouble with the law before as he is currently serving a sentence for burglary, robbery and grand larceny crimes, court records show. He's been conditionally released out on parole since December 16.

The NYPD warns business owners they will never demand to take money from a store in a real cigarette tax compliance check.