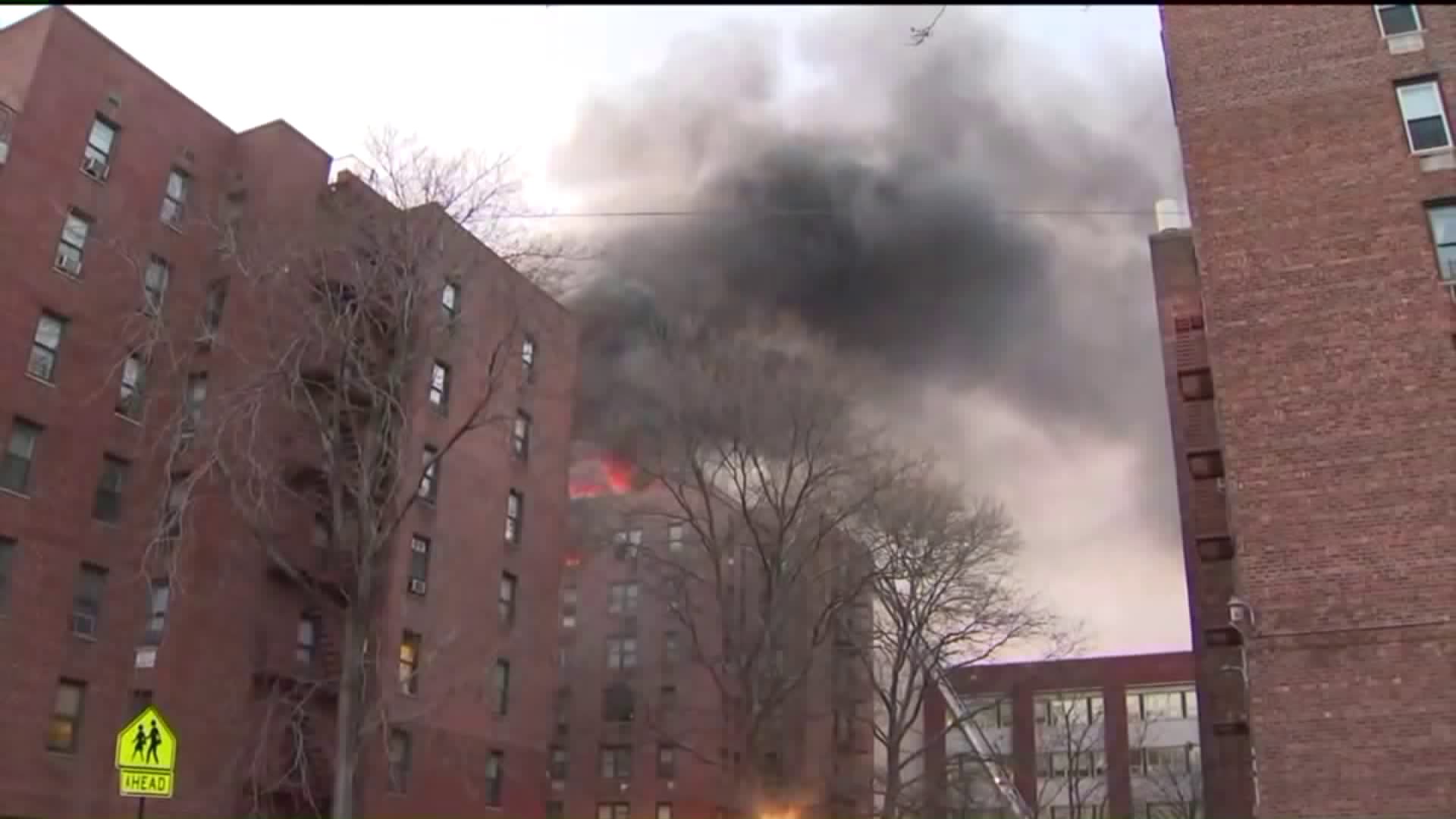 A massive fire ripped through the top floor of an apartment building in Queens Tuesday evening, destroying multiple units and injuring several firefighters.

The blaze started around 6:30 p.m. at a multi-story building at 94th Street and 57th Avenue in the Elmhurst section of Queens.

The fire quickly grew to five alarms as black smoke billowed over the area.

Eleven firefighters suffered minor injuries, but are all expected to recover.

Red Cross deployed multiple teams to the scene for support. At least 112 units have been evacuated, but it is not known how many people were displaced.