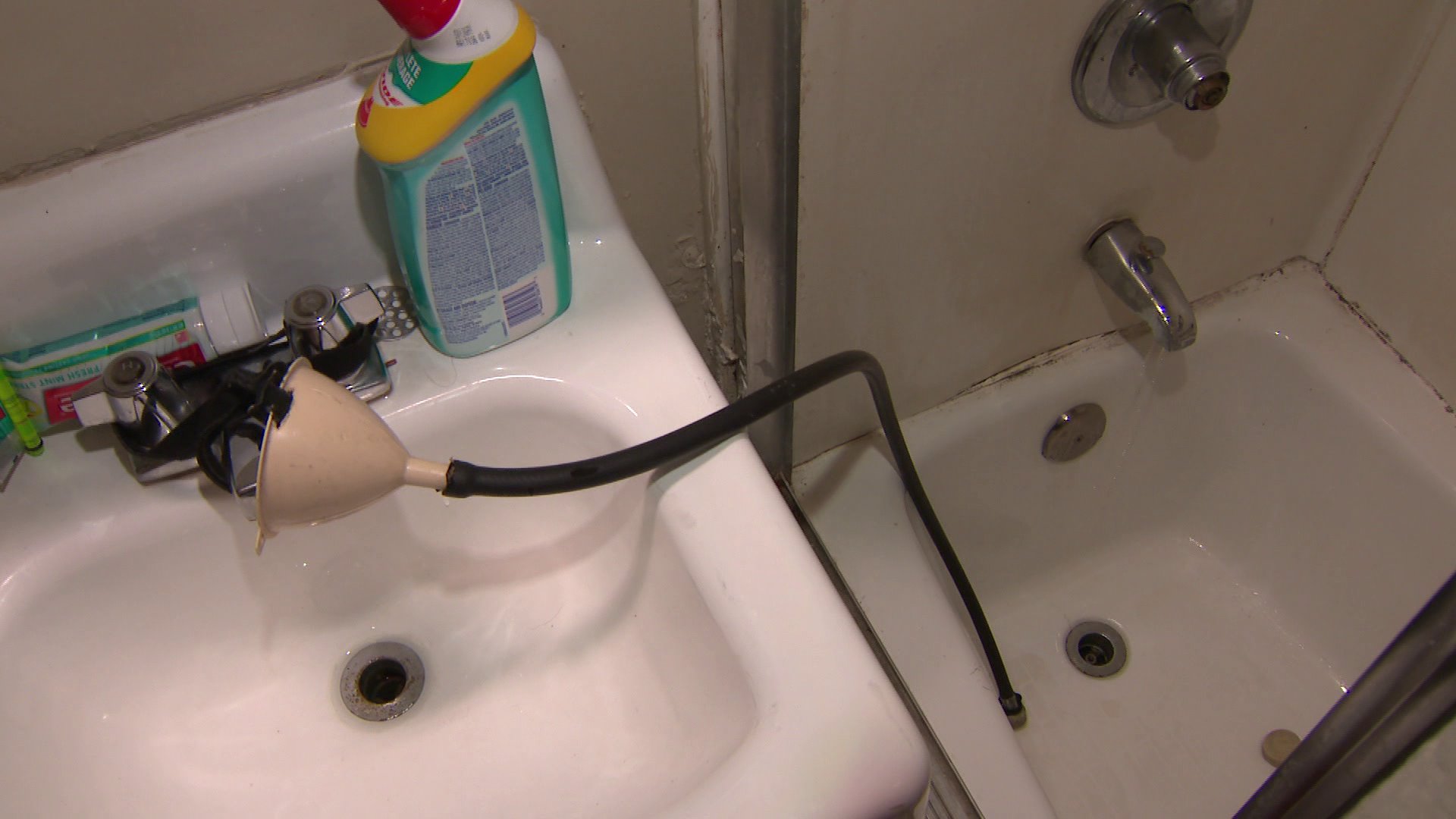 She says at least four plumbers have been to her home, but she can`t get a straight answer.

WILLIAMSBURG, Brooklyn — Milagros Otero, 72, who lives in the Tompkins Houses in Williamsburg, says it been three long months of bathing with a garden hose because the shower doesn't work.

Otero has had it.

"Shame on the New York City Housing Authority. My mom deserves better really," said her youngest son, Kenneth Otero. Her son made a homemade garden hose contraption so she could bathe, as a temporary solution.

Otero says at least four plumbers have been to her home, but she can't get a straight answer.

A Housing Authority spokesperson tells us "Our residents deserve better than this. Our staff will make the necessary repairs on Thursday. We sincerely apologize to the family who had to endure this, we must do better. As part of NextGeneration NYCHA, our 10-year strategic plan to preserve public housing, we are striving to become a more modern and efficient landlord, so residents can live in the safe, clean and connected homes that they deserve.”

If you have a story, reach out to Monica Morales on Facebook at facebook.com/monicamoralestv.