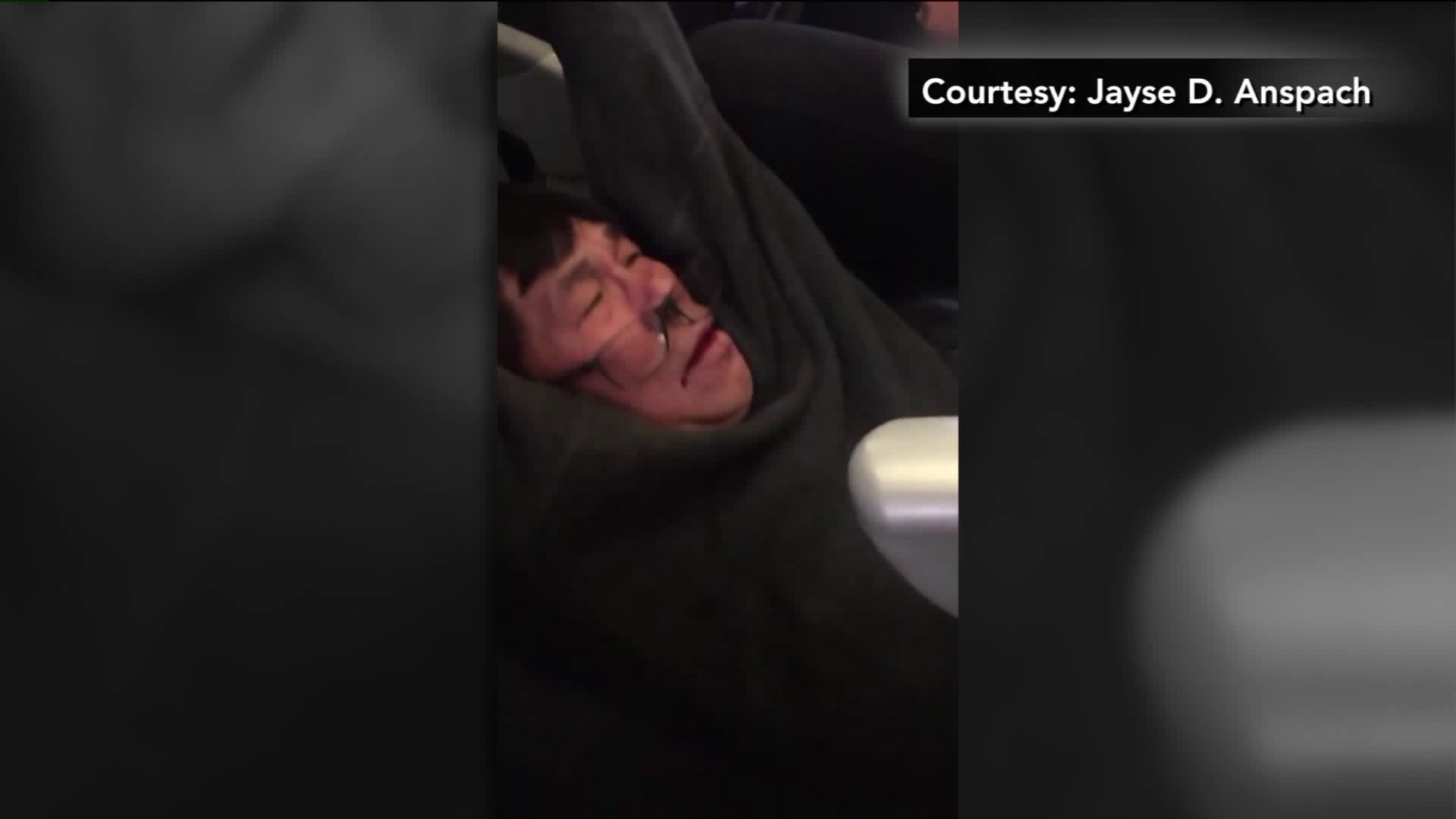 CHICAGO  — Video shows three security officials dragging a passenger from a United Airlines flight at a Chicago's O'Hare International Airport, leading to national condemnation and at least one of the officers involved in the incident being put on leave.

The Courier-Journal reports a United representative confirmed Sunday night that a person was removed from Flight 3411 to Louisville, Kentucky, saying it was "overbooked."

Passenger Audra D. Bridges posted a video of the encounter on Facebook. It shows the guards grabbing then dragging the passenger down the aisle. Screaming is heard and other passengers say "Oh my God" and "Look at what you did to him."

United said airline representatives chose four passengers at random when no volunteers agreed to leave the overbooked flight. They requested law enforcement assistance when one of them refused to leave.

@United overbook #flight3411 and decided to force random passengers off the plane. Here's how they did it: pic.twitter.com/QfefM8X2cW

Bridges said United asked for four passengers to relinquish their seats for airline employees on stand-by.

The airline released a statement from its CEO Monday afternoon calling the encounter "upsetting."

"This is an upsetting event for all of us here at United," CEO Oscar Munoz said. "I apologize for having to re-accomodate these customers. Our team is moving with a sense of urgency to work with the authorities and conduct our own detailed review of what happened. We are also reaching out to this passenger to talk directly to him and further address and resolve this situation."

By Monday afternoon, a Chicago aviation department officer who was involved in the dragging had been placed on leave. The agency said its officer did not follow standard operating procedures.

The department said in a brief statement Monday it did not condone the aviation security officers’ actions Sunday night.

The statement did not release the officer’s name and it was not immediately clear which of the three men seen in the now-widely seen video taken by another passenger which one was placed on leave.

“If you look at the manner how this man was removed - it was completely excessive,” criminal defense attorney and former Morris County prosecutor Bob Bianchi told PIX11 News. “They did not have to go to the measure that quickly.”

According to Bianchi, while airlines do have the right to bump you off a flight, there’s a protocol in place to protect passengers which includes receiving a written breakdown describing his or her rights as well as what will be offered in the form of compensation.