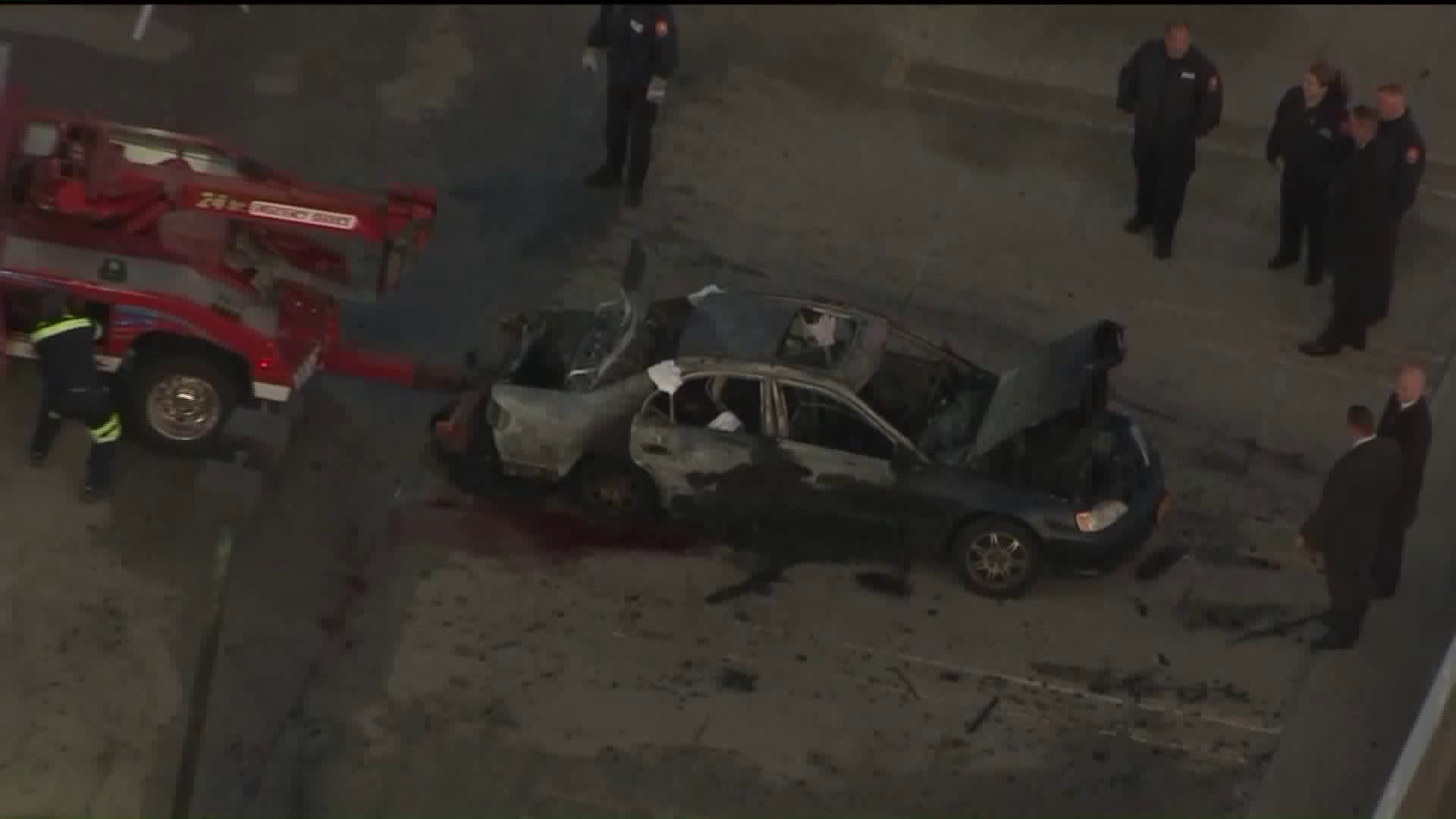 Police found the bodies of two women in the burned car.

Firefighters made the discovery after extinguishing the car fire in the Sears parking garage at the Green Acres Mall in Valley Stream. The mall was closed at the time.

It was initially believed that there was one body in the car, but officials later discovered a second set of remains.

Police have not been able to identify the bodies, but say both victims were female.

Submit tips to police by calling Crime Stoppers at 1-800-244-TIPS. All calls will remain anonymous.