Shooting at elementary school in San Bernardino, Calif., may have been murder-suicide: chief 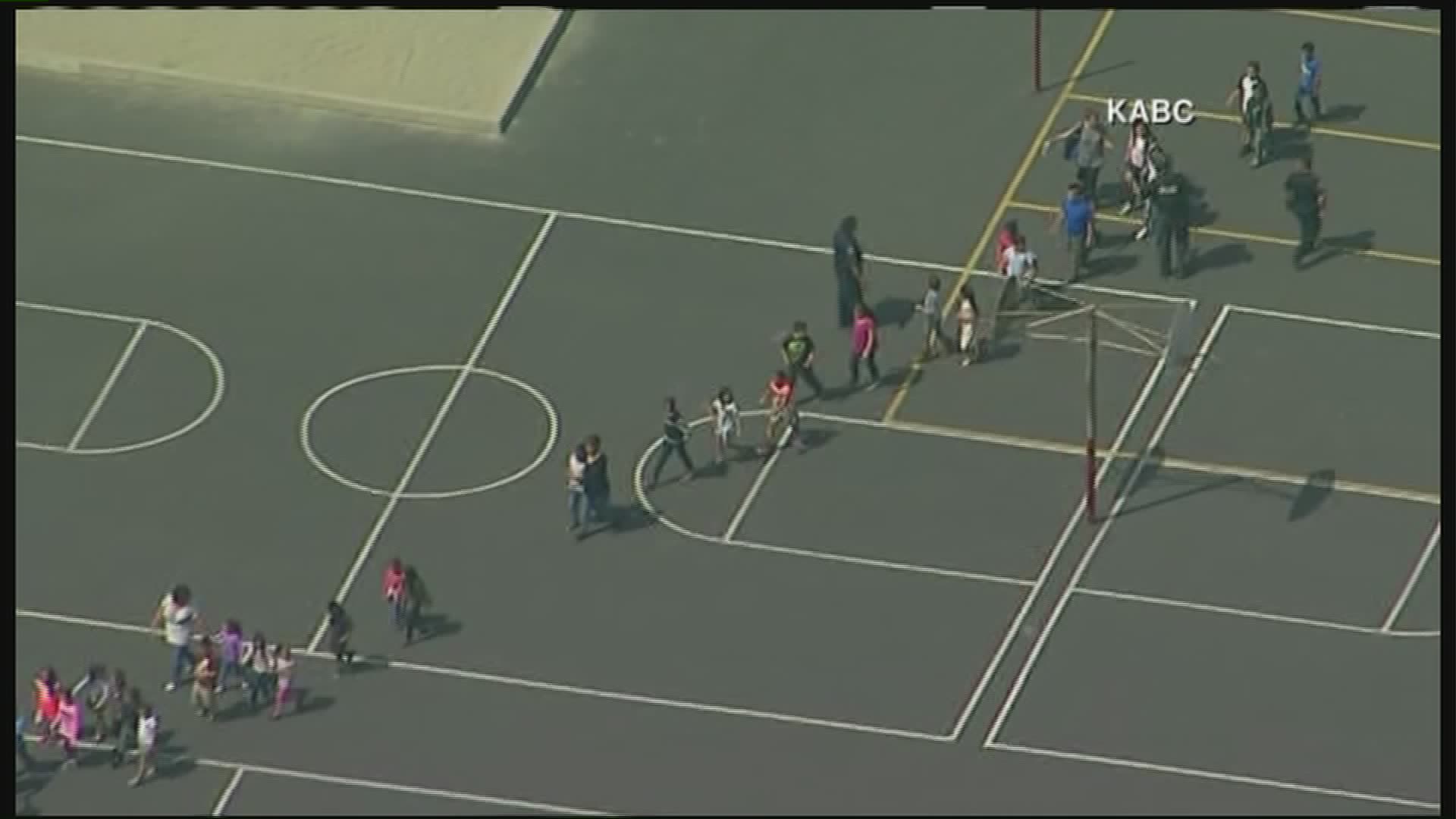 Aerial footage shows students at a San Bernardino elementary school being evacuated after a classroom shooting. 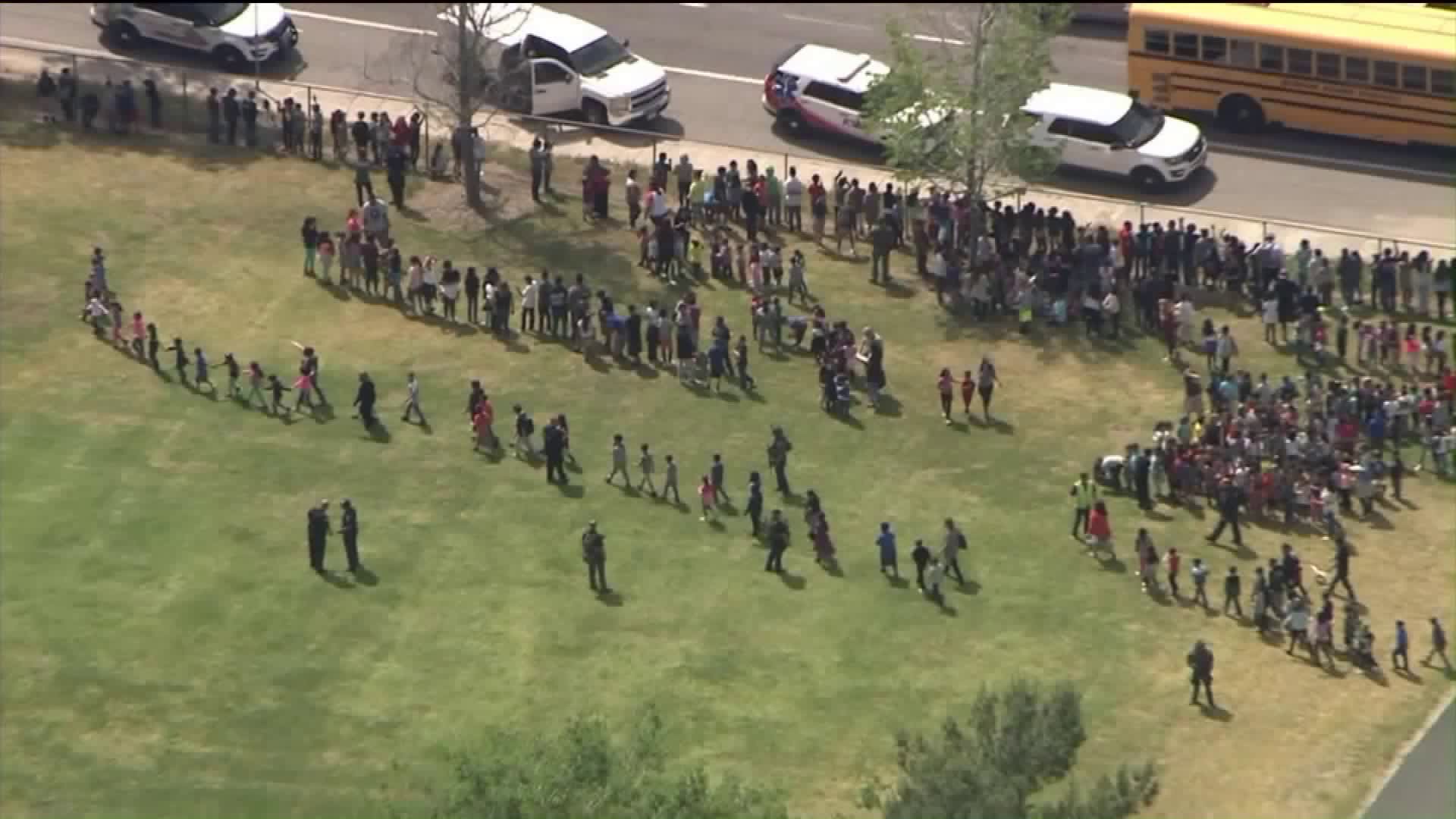 SAN BERNARDINO, Calif. — A shooter walked into an elementary school classroom in Southern California on Monday and opened fire in what authorities believe was a murder-suicide.

Two adults are dead in a classroom, San Bernardino Police Chief Jarrod Burguan said in a tweet. The shooter is believed to be dead and there is "no further threat," Burguan said.

Two students hurt in the shooting are in critical condition, a San Bernardino police spokesman told the Associated Press.

Students were taken to California State University, San Bernardino and parents are being told to go to Cajon High School, Burguan said.

Aerial images of the scene showed young children being organized into groups on the grass and basketball courts outside the school. Some of those children were led onto waiting school buses.

Preliminary info is 4 victims, being treated. Suspect is possibly down as well.

We believe this to be a murder suicide. Happened in a class room. Two students have been transported to the hospital.

Two adults are deceased in a classroom, believed to be a murder suicide. We believe the suspect is down and there's no further threat.