Cuomo signs bill to raise age of criminal responsibility to 18 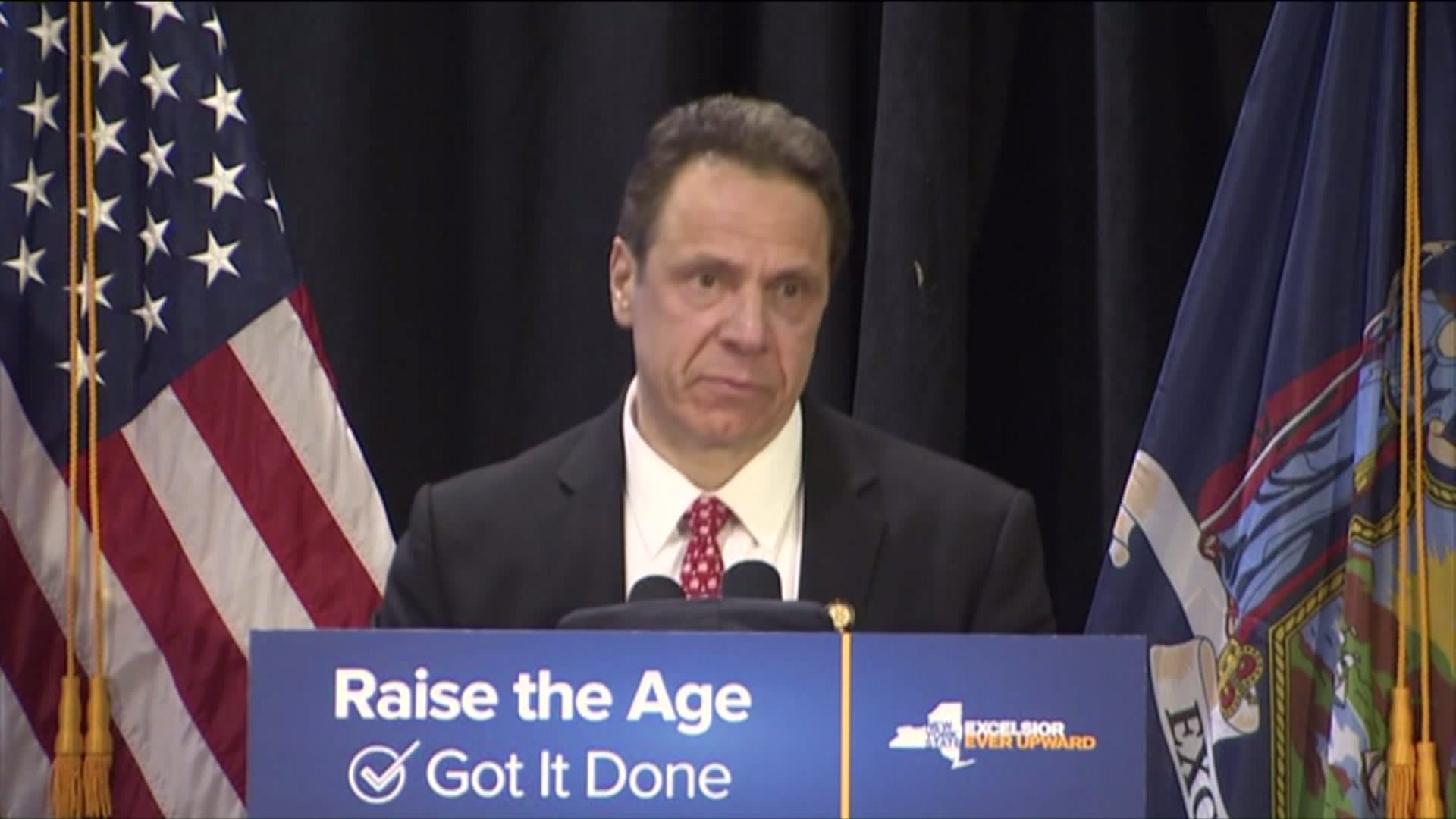 The governor wants teens to get the help they need instead of going to jail.

NEW YORK — Gov. Andrew Cuomo signed a bill Monday so young people who commit non-violent crimes won't be processed as adults in the criminal justice system, but will receive the help they need.

"No more in the state of New York, we're going to stop the cycle," he said before signing the Raise the Age bill.

"We're going to send 16- and 17 year olds to the same prison or same jail with hardened criminals and predators who we have in these jails?"

It was something Akeem Browder has been fighting for since his brother Kalief committed suicide in 2015.

"By now you know Kalief's story, arrested at 16 year -old for allegedly stealing a backpack and put in prison for 3 years and tortured, " he said at the news conference with the governor at the NYC Mission Society in Manhattan.

Kalief Browder was arrested when he was 16 and spent three years in the jail facility at Rikers without a trial.

Browder hung himself at the age of 22 after struggling with the trauma of incarceration.n, according to his family.

"This should have never happened to Kalief, he was a kid," his brother said.

Leaders in the social justice movement, including the Browder family, and Reverend Al Sharpton stood by the governor as he signed the legislation.

"Everyone will remember Kalief Browder and remember we didn't just memoralize him we did something about it," said Reverend Al Sharpton.

Raising the age of criminal responsibility to 18, will reduce crime and costs to the state. It will give young, low-level offenders the intervention and evidence-based treatment they need, according to state officials.

The governor also announced he wants those who have been crime-free for ten years after serving a sentence, to be able to apply for the sealing of previous crime convictions.

Under the bill, young people under the age of 18 will no longer be held at Rikers, instead they will be placed at juvenile detention facilities.