Fire rips through Bronx storage facility destroying nearly everything inside 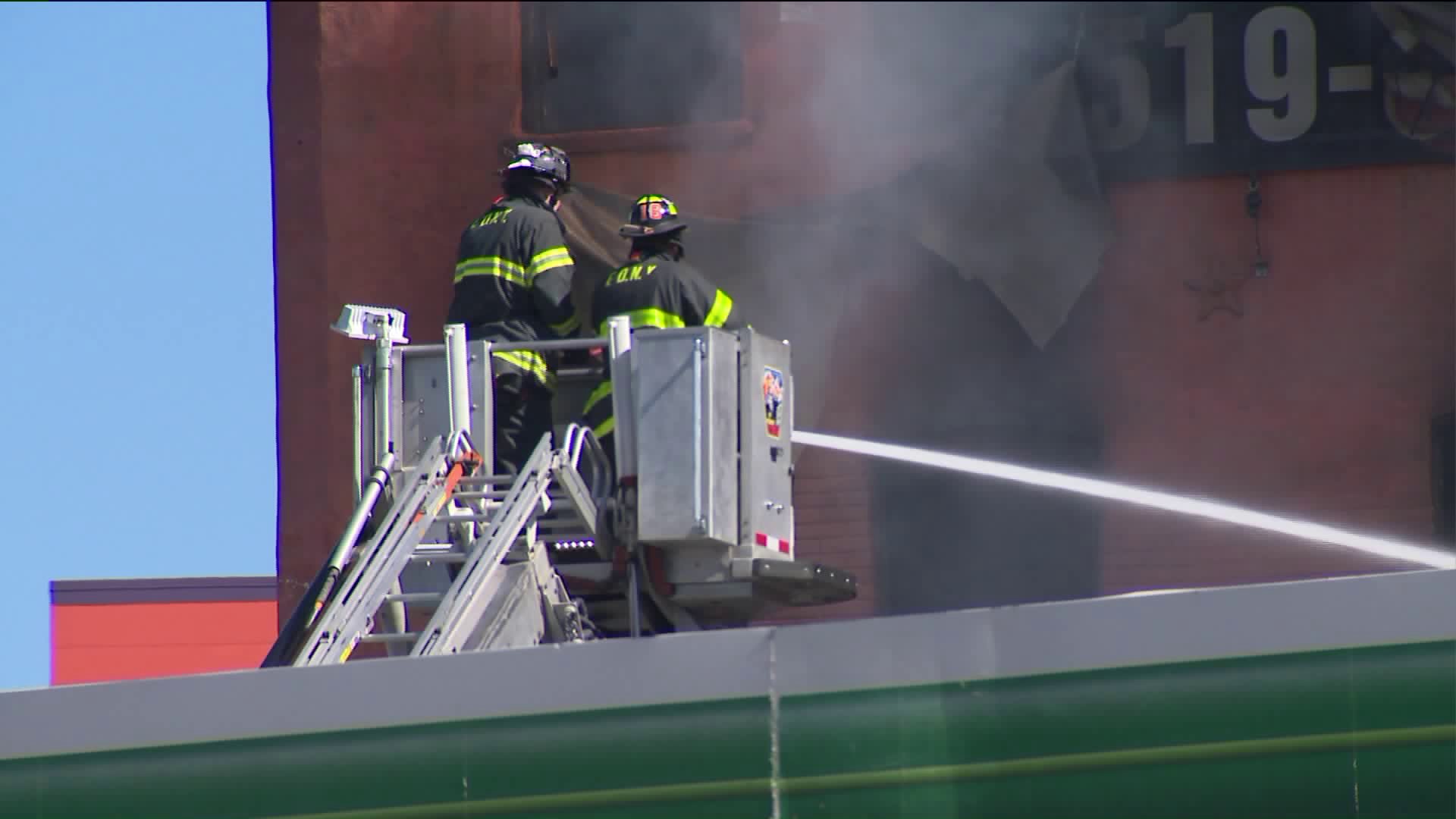 Nearly everything in the storage facility was destroyed.

MOTT HAVEN, The Bronx — A fast-moving fire destroyed nearly everything inside of a Bronx storage facility Sunday morning.

"Everything I own is in there and is gone and I have to start all over again," said Melvin Howell, 58. Howell has been renting a unit at Tuck It Away Storage for over five years.

"I have over $40,000 worth of stuff in there. I'm a professional emcee and in the music business, have music in there, everything I work with, play with, speakers, clothes, everything I own is in there," he said with tears in his eyes.

Just after midnight, flames and thick smoke billowed into the sky from the facility on the corner of 138th Street and Gerard Avenue.

Firefighters were able to contain the blaze about 14 hours later.

Fire officials say it was too dangerous for crews to be inside of the building. They pulled the firefighters out and had to pour water on the building from the outside.

A representative at Tuck It Away Storage told PiX11 News Sunday they had no comment and insisted people who have storage units with them should contact them directly.

"I'm hurt, I gotta start all over," said Howell.