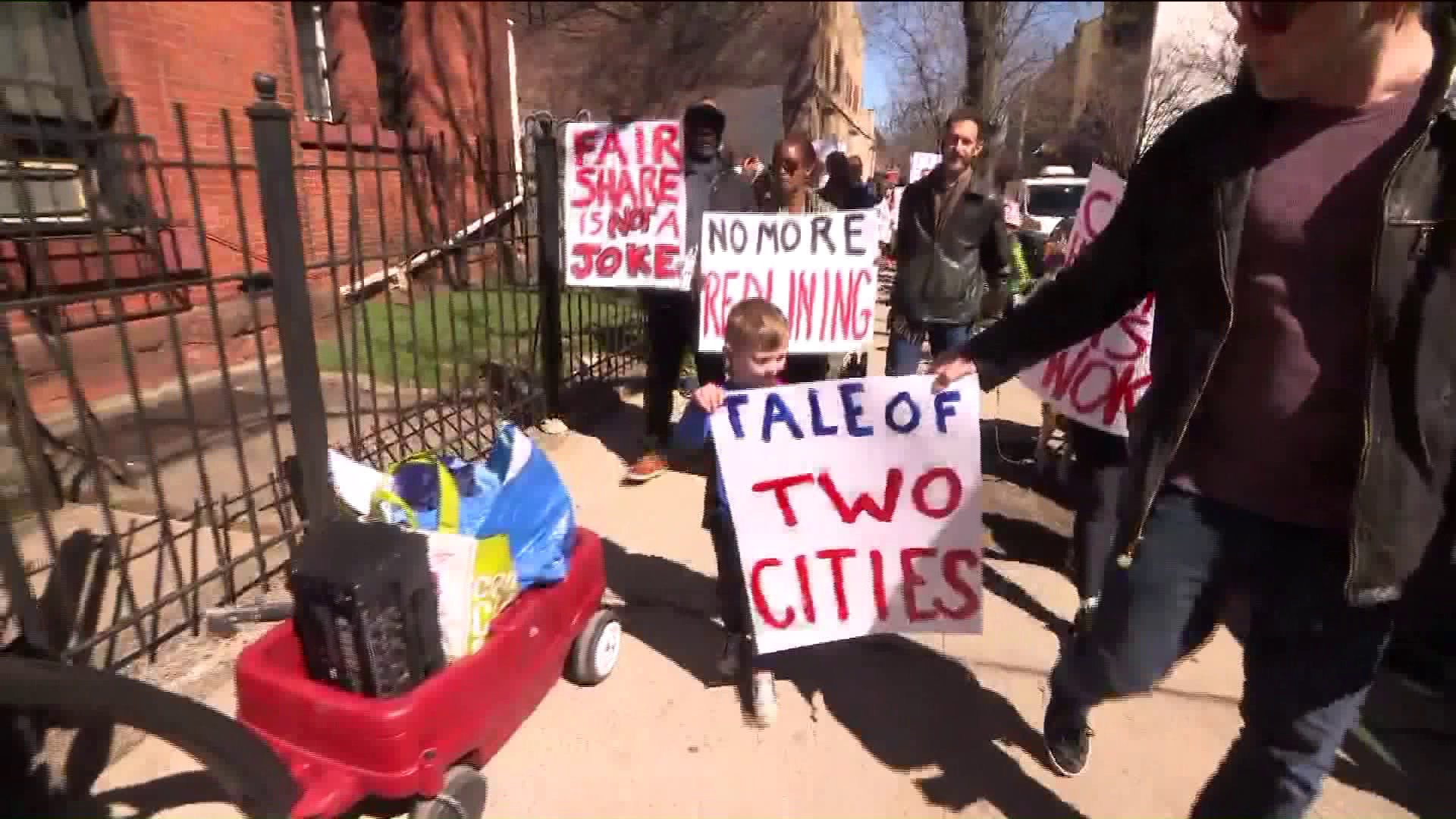 More than 100-men over the age of 62 would be housed in the building.

They said that their neighborhood is already saturated with homeless shelters, 19 in all, and they want other areas of Brooklyn to get their fair share of shelters.

"This argument is not about getting rid of the homeless," said Meghan Marx, a mom of two. "People were questioning this building 6 months ago and no one had an answer."

More than 100 men over the age of 62 would be housed in the building.

“I stand with you on not having the shelter open until we can get a look at that report," said Councilman Robert Cornegy Jr., who attended the protest.

He said that his office asked the city for documentation to see exactly how many beds for the homeless Crown Heights has in comparison to other neighborhoods. But as of Friday, he said he had not received anything.

“We are disproportionately oversaturated with those beds, that is clear to me," he said.

Residents recently filed a lawsuit against the city to stop the shelter from opening. A judge granted that request, temporarily.

But a city spokesman said they are committed to opening this facility, despite today's protest:

"Right now, at 1173 Bergen Street, there are 104 beds sitting empty that would give homeless seniors from Brooklyn the opportunity to be sheltered closer to the community they called home," said Isaac McGinn, DHS Press Secretary. "Because we cannot use these beds, we've been forced to rent commercial hotel rooms, which are more expensive and less effective for helping our homeless neighbors get back on their feet."

McGinn said the city told community leaders in February about their plans to open a shelter at the Bergen Street location.