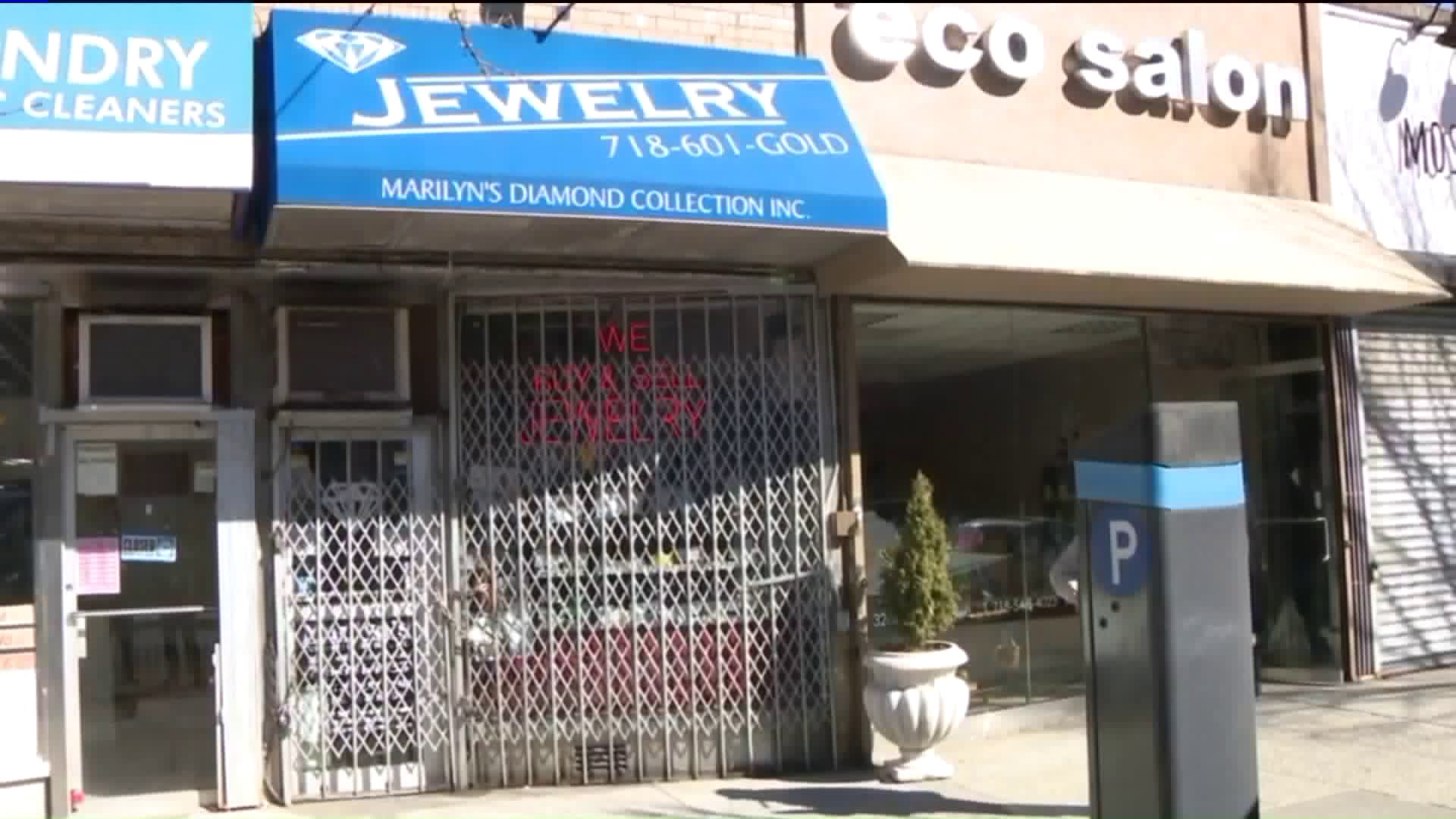 It happened at Marilyn`s Diamond Collection on Johnson Avenue around 12:15 p.m.

THE BRONX – Cops are looking two men who shot a jewelry store owner inside his shop Saturday noon.

It happened at Marilyn's Diamond Collection on Johnson Avenue around 12:15 p.m.

After receiving a 911 call, responding officers found a 57-year-old man with a gunshot wound to his abdomen, police said. He was taken to a hospital, where he is in stable condition.

Police say the victim buzzed the pair inside the store after they asked to see a ring. One of them pulled out a gun before he triggered a silent alarm. They shot him once and fled from the scene.

It is not clear if any items were stolen. No arrests have been made.

Cops say the men appear to be in the early 20s and possibly drove away in a tan SUV with window tints.