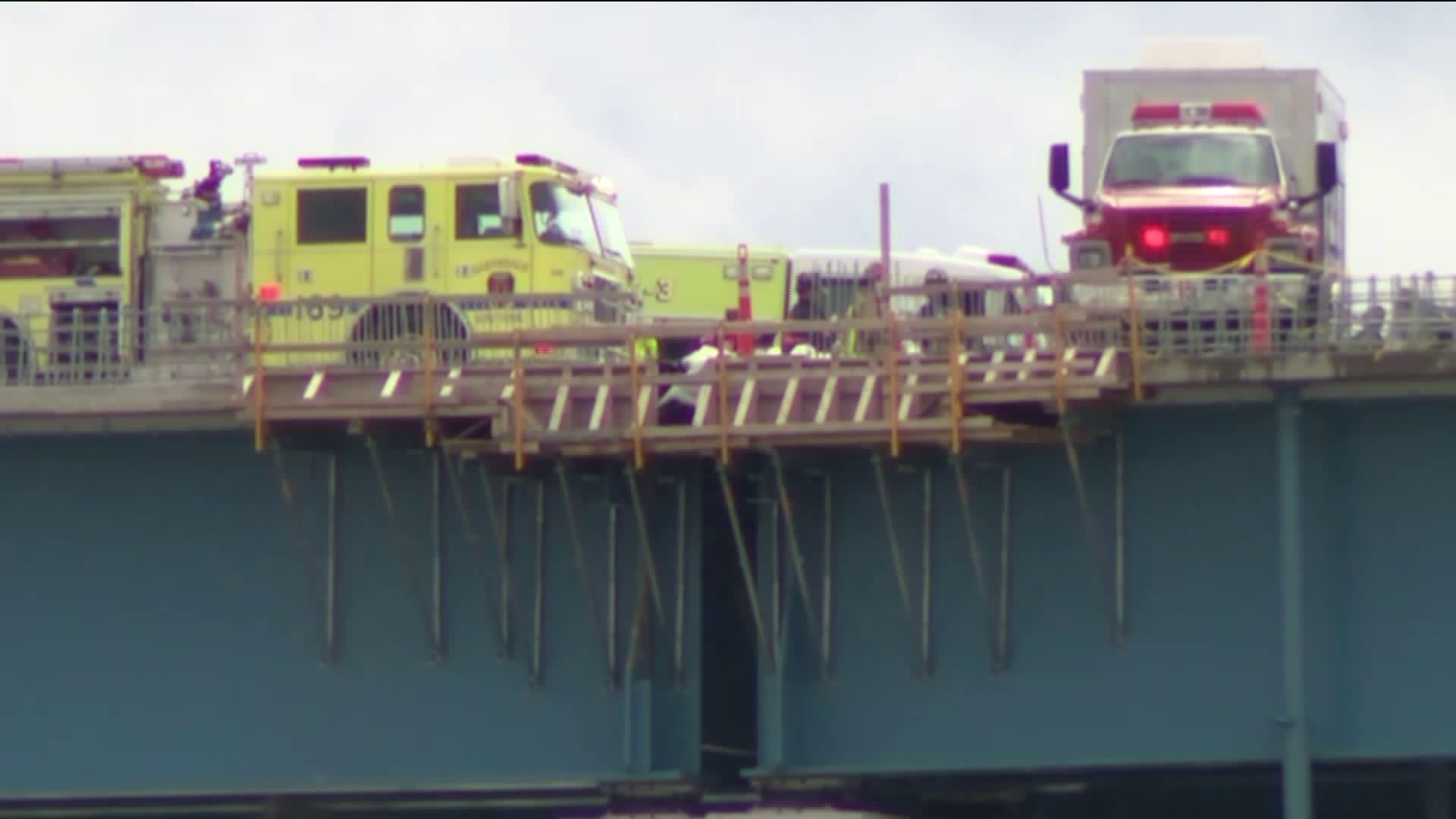 The incident happened on the lower portion of the span.

The subcontractor was installing electrical systems in a catwalk at Pier 38 when the worker suffered a minor ankle sprain, a spokesman for Tappan Zee Constructors said in a statement to PIX11 News.

First responders were called to the scene and rescued the worker.

"Due to the location of the incident, local Fire and EMS units were dispatched to assist in his exit," spokesman Damien LaVera said. "This was a routine and precautionary step taken consistent with our standard safety protocols. We appreciate the swift and professional response by the local first responders."

The incident happened on the lower portion of the span.

PIX11 News has reached out the New NY Bridge project, which is leading the construction, for comment.