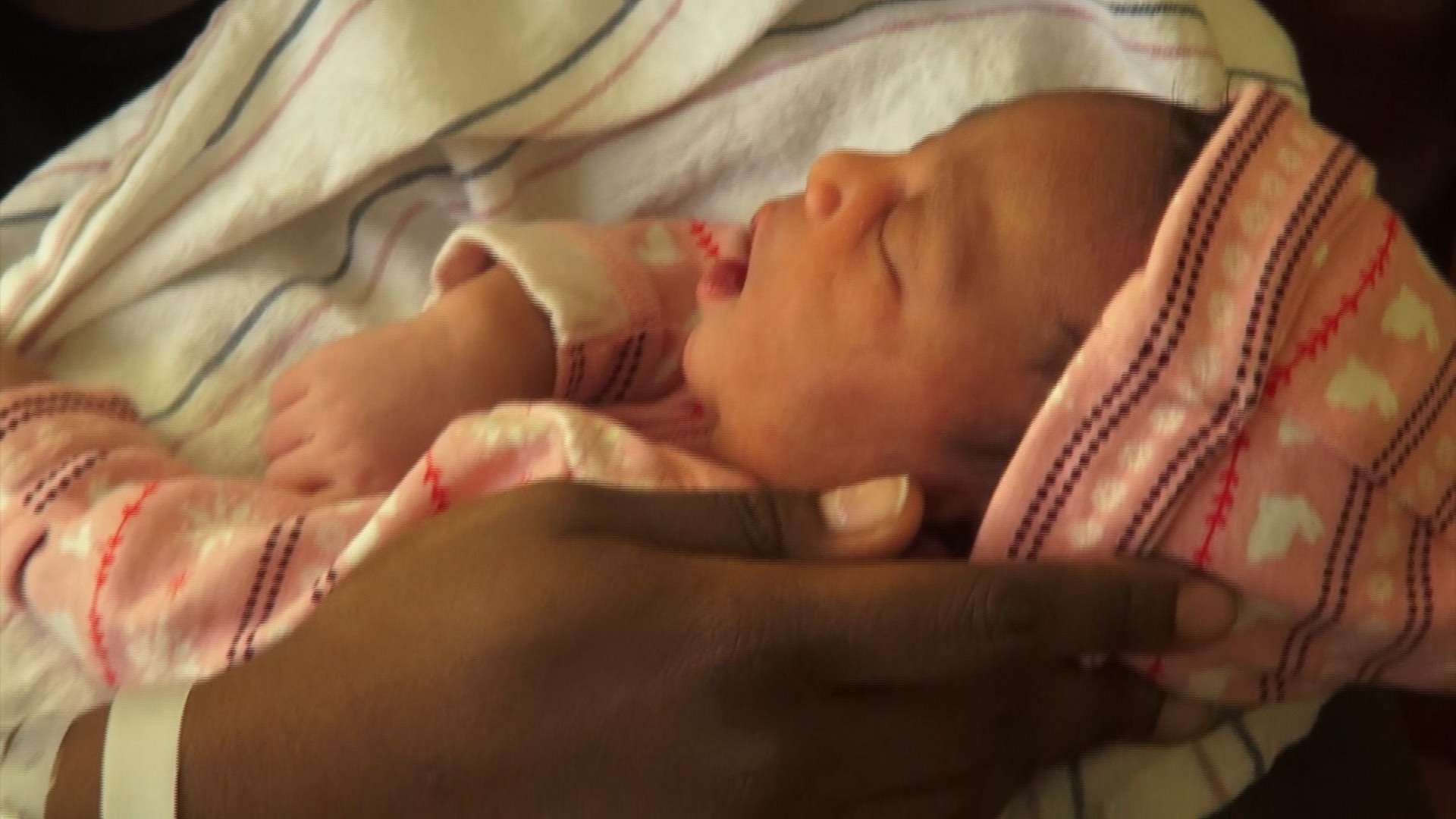 He was the first to arrive on scene.

It was pouring rain at about 8 a.m. Thursday when New Jersey State Trooper Chris Gesualdo received the call that a woman was in labor on the side of Route 78 eastbound near mile marker 45.

He was the first to arrive on scene.

When he arrived, he saw a woman in the backseat of an Acura and a baby’s head already crowning.

“I asked her if she honestly believed she could make it to the hospital, or if this was happening, and she told me, 'This is happening right now,'" Gesualdo said.

A dashcam on his police cruiser recorded the entire encounter. Gesualdo grabbed two clean T-shirts and a small bag of emergency gear from his car and within 5 minutes, Ania Noel was born.

“OK, here we go. A beautiful baby girl!” he can be heard shouting on the video.

Her mother, Olivia Cummings, said she was home doing laundry and then took her son to school before leaving for the hospital. She thought she had more time.

"She’s going to be a little diva. Because who else could make such a grand entrance, but a diva," she asked.

When she was about 10 minutes away from St. Barnabas Medical Center in Livingston, Cummings knew time was up. She told her friend who had been driving to pull over and call 911.

Asked what she plans on telling her daughter about her birthday, Cummings said: "She was born on the side of a highway, thanks to Officer Chris."

Cummings also has a 5-year-old son, Anthony. She said her son was born after 7 hours of labor, but Ania Noel came into the world after less than 3 hours and 27 minutes of labor.

"She was a champ," Gesualdo said. "She really did most of the work yesterday. I was just there to receive.

Cummings said Ania’s addition to the family is extra special because the highway birth came exactly 10 years to the day after her late grandmother’s passing.