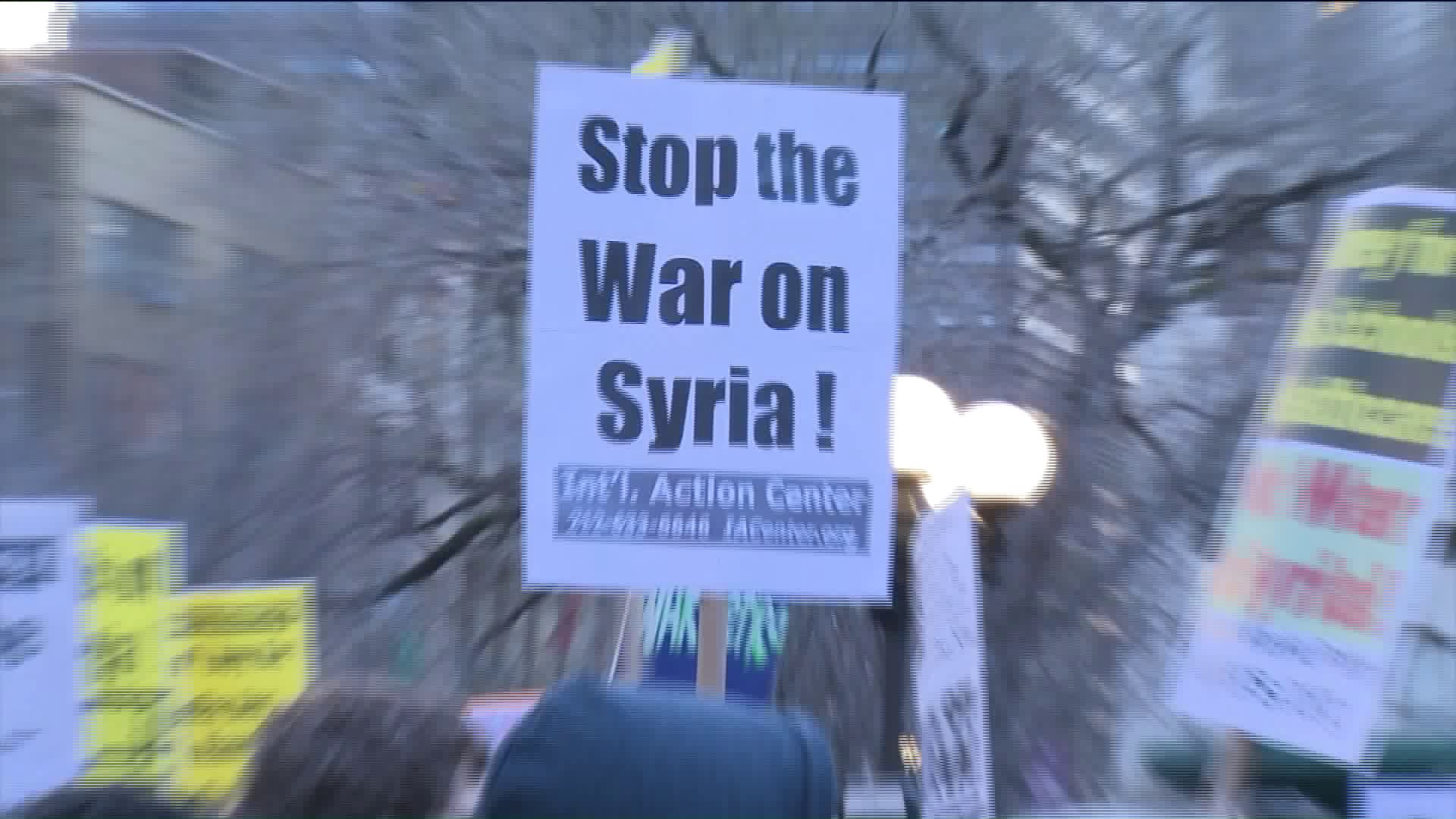 Dozens chanted: "Russia out, US out, jihad out, Assad out!"

UNION SQUARE, Manhattan — Protesters at what was called the NYC Emergency Antiwar Protest say they want everyone out of Syria including Russia and the US, Jihad and Assad.

Dozens chanted: "Russia out, US out, jihad out, Assad out!"

More than 300 attended a Union Square rally that was first announced on Facebook.

Protesters said they are against this latest U.S. attack on a poor country that has been attacked so many times before.

"The point of this demonstration is to build an antiwar movement to pressure the U.S. government to withdraw all of American forces abroad," Daniel Cione, Students for Justice spokesman, told PIX11.

Many of those protesting say they reject Washington and President Trump's latest war and they demand that the trillions they say is spent on war be used instead for what they call the people's needs, like jobs, housing, health care, reproductive rights and daycare.

"We're here because we stand in solidarity with the people of Syria," Zara Vinola, a member of the National Alliance for Filipino concerns, told PIX11.

From Union Square, dozens of protesters took to the streets. They were on the move throughout lower Manhattan with the NYPD standing by, warning of arrests if they tried to block traffic.

"The U.S. had no right to interfere in Syria," Nerdeen Kiswani, a member of NYC Students for Justice in Palestine told PIX11.