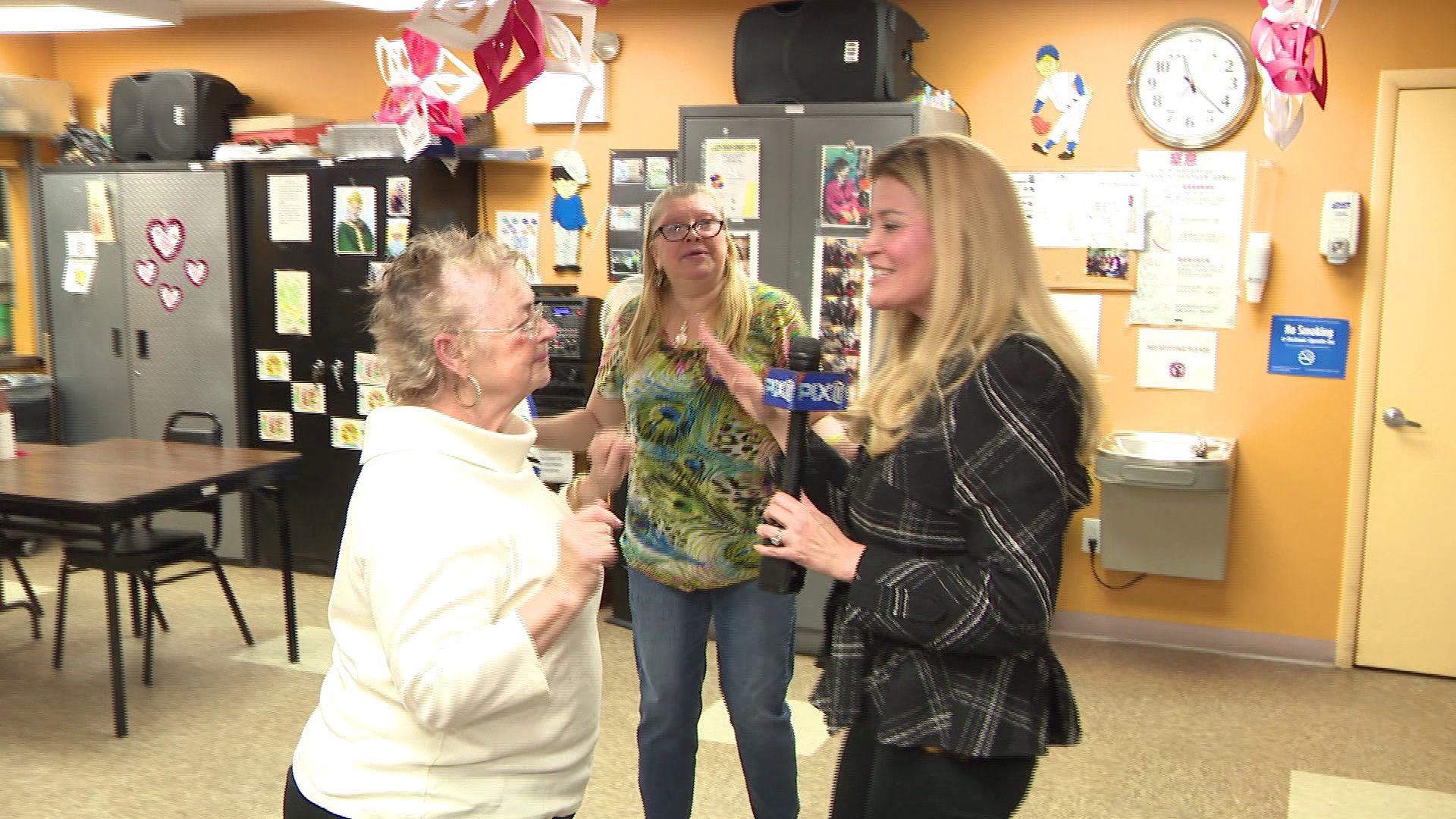 NEW YORK — Jennifer Stenavage lives in the Marble Hill Houses in the Bronx, and says many of her neighbors are frustrated necessary repairs are not being done.

"I know I'v waiting for years. My ceiling is falling in. My neighbor too," said Stenavage.

Stenavage, is a single mother with a 5-year-old son, and she says she can't take it anymore.

"I'm afraid my son will get sick," said Stenavage, fighting back tears.

Stenavage says a pipe burst back in October.

The New York Housing Authority immediately sent a team of workers. Workers painted and plastered the hallways, her home, and her neighbors home.

The state was cutting millions to lunch programs across the state, so PIX11 News visited the seniors at the Eileen Dugan senior center in Brooklyn.

Senator Squadron tweeted PIX11 a thank you from Albany.

It looks like funds for lunch will be saved.

Shanice Carrion has three children, lives in Fenton Avenue and worries for their safety.

"I don't have window guards, I have rats all over my kitchen. None of my appliances work. I can't take it anymore," said Carrion.

Carrion says her kitchen trash can is like a jack in the box and when you open up the lid, rodents fight to get out.

"There are half a dozen in there today. It's disgusting," said Carrion.

Her refrigerator doesn't work and her toilet doesn't flush.

Carrion has vouchers from a program called Linc, Living in Communities, part of the Department of Homeless Services.

Her landlord says Carrion hasn't paid her rent in months.

Miguel Valazquez, a super from another building in the Bronx with a heart of gold, was watching PIX11.

He is now personally stepping in to help, making repairs and giving her a new refrigerator.

A spokesperson from the Human Resources Administration "We are reaching out to the landlord to correct the violations and will allow a transfer if necessary."

Snyder Nunez-mejia, 3, from Union City had a severe injury to his left eye.

It was tragic accident that happened in September.

Thanks to PIX11 news the little boy finally had surgery.

If you gave a story reach out Monica Morales on Facebook.