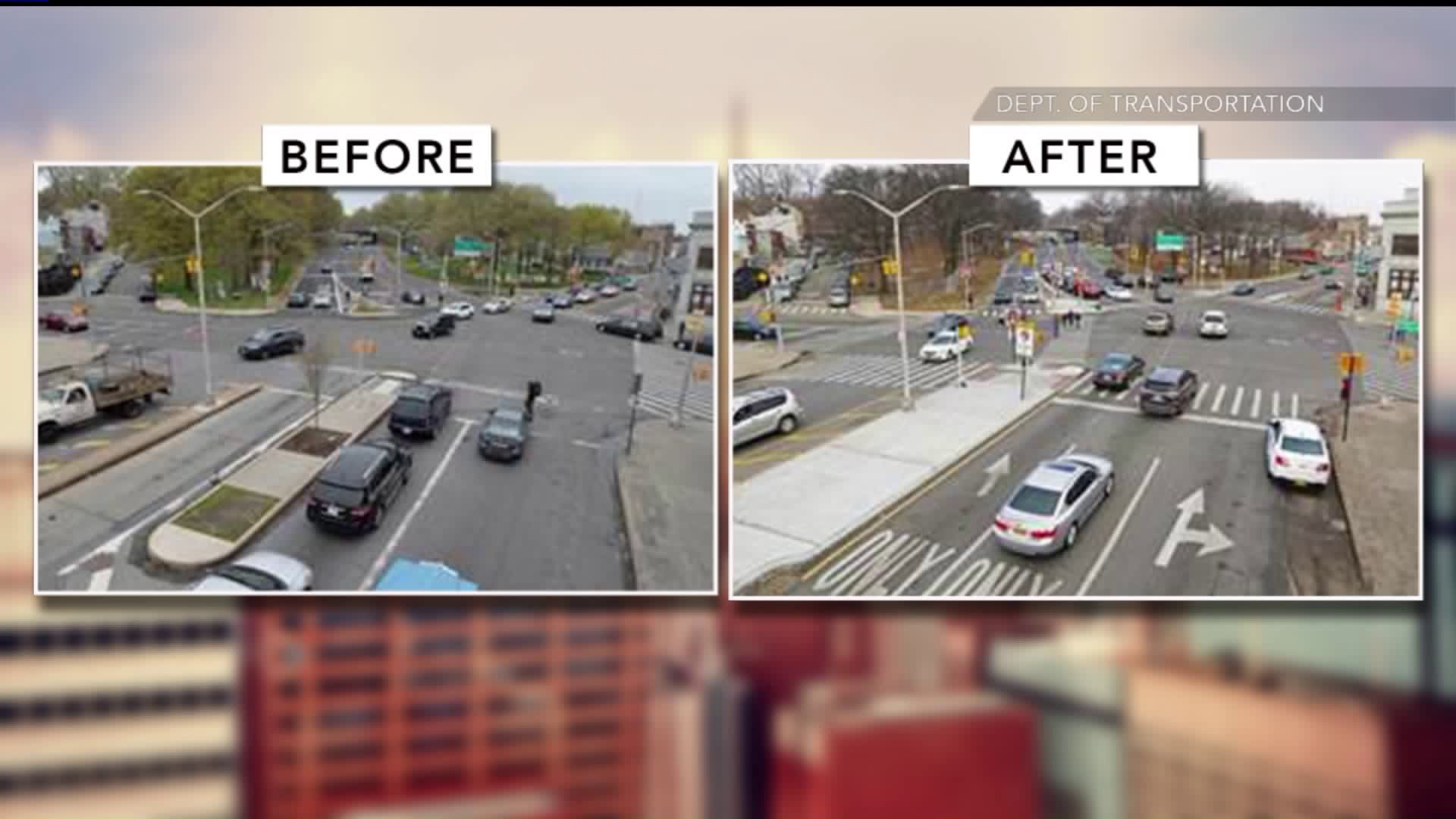 A dangerous 5-point intersection in Brooklyn has seen hundreds of accidents over the past 5 years. But according to the Department of Transportation, new changes are making the Bushwick intersection safer. It`s part of the Vision Zero initiative.

BUSHWICK, Brooklyn – A dangerous five-point intersection in Brooklyn has seen hundreds of accidents over the past five years.

But according to the Department of Transportation, changes are making the Bushwick intersection safer. It's part of the city's Vision Zero initiative.

The intersection is where Jamaica Avenue meets Pennsylvania Avenue, Bushwick Avenue and the Jackie Robinson Parkway.

According to the DOT, there are new crosswalks with pedestrian signals near the parkway, a new pedestrian island and an adjusted and streamlined traffic pattern. Brighter lights have also been installed.

"Before this comprehensive redesign, the entrance to the Jackie Robinson Parkway was among the hairiest intersections for pedestrians in all of Brooklyn — with hundreds of crashes over the last few years," NYC DOT Commissioner Polly Trottenberg said.

There were 373 injuries and seven were severe. The city said there were no fatalities.

"Recently they changed the lights and since then, it's been pretty good," Brooklyn resident St. Clair Deshong said.

However, resident Clive Lawrence said, "It's not safer. You can hardly cross."