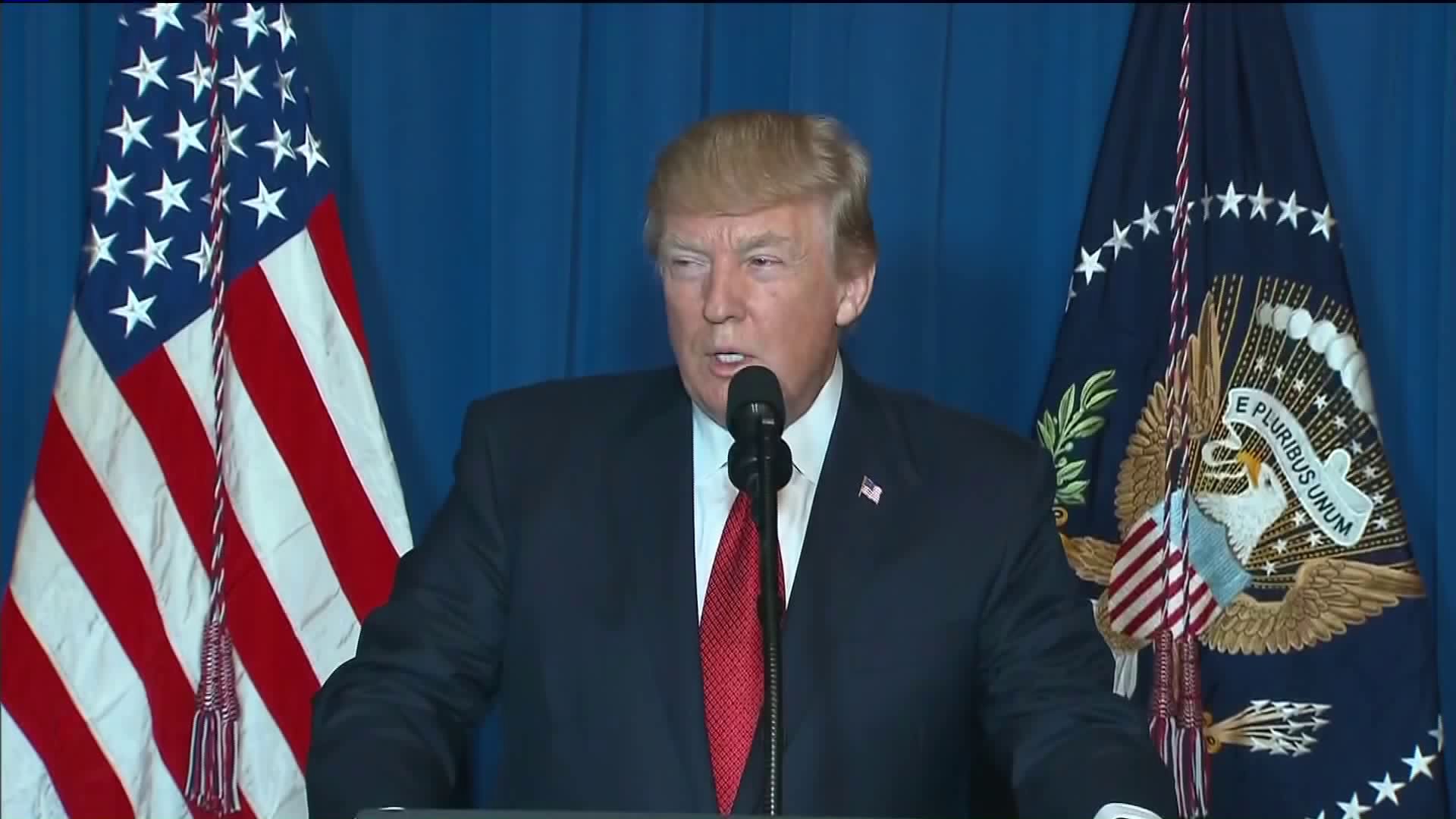 The US hit a Syrian air base with roughly 60 cruise missiles in response to a chemical weapons attack it blames on President Bashar Assad.

The United States attacked a Syrian air base with roughly 60 cruise missiles in response to a chemical weapons attack it blames on President Bashar Assad. President Donald Trump spoke following the attack:

Assad choked out the lives of helpless men, women and children. It was a slow and brutal death for so many.

Even beautiful babies were cruelly murdered at this very barbaric attack. No child of God should ever suffer such horror.

Tonight I ordered a targeted military strike on the airfield in Syria from where the chemical attack was launched. It is in this vital national security interest of the Untied States to prevent and deter the spread and use of deadly chemical weapons.

There can be no dispute that Syria used banned chemical weapons, violated its obligations under the Chemical Weapons Convention and ignored the urging of the UN Security Council.

Numerous previous attempts at changing Assad’s behavior have all found and failed very dramatically. As a result, the refugee crisis continues to deepen and the region continues to destabilize, threatening the United States and its allies.

Tonight I call on all civilized nations to join us in seeking to end the slaughter and bloodshed in Syrian and also to end terrorism of all kinds and all types.

We asked for God’s wisdom as we face the challenge of our very troubled world. We pray for the lives of the wounded and for the souls of those who passed. And we hope as long as America stands for justice and peace and harmony will in the end prevail.

Good night and God Bless America and the entire world.