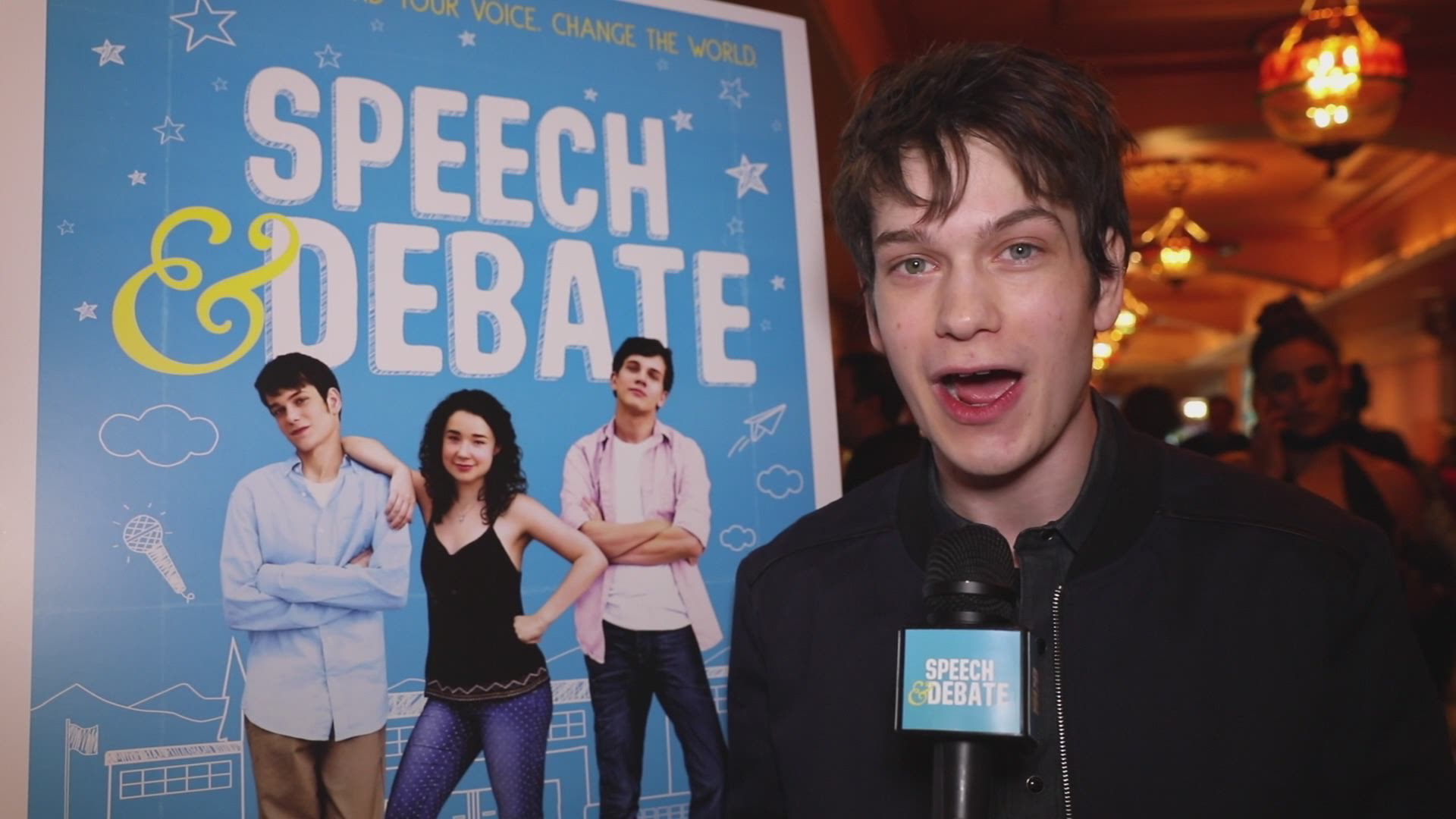 Hear from the cast at the movie's red carpet premiere.

NEW YORK, NY- Stars hit the red carpet for the premiere of the new film "Speech & Debate." Tony Award winner Stephen Karam (The Humans) penned the screenplay, adapted from his breakthrough 2007 play. Directed by Dan Harris, the coming-of-age comedy stars Liam James (The Way Way Back), Sarah Steele (The Good Fight) and Austin P. McKenzie (When We Rise) as teenagers who become an unlikely trio while reviving a defunct school club.

The entire film is now available on iTunes, you rent or purchase it here: apple.co/SpeechAndDebate