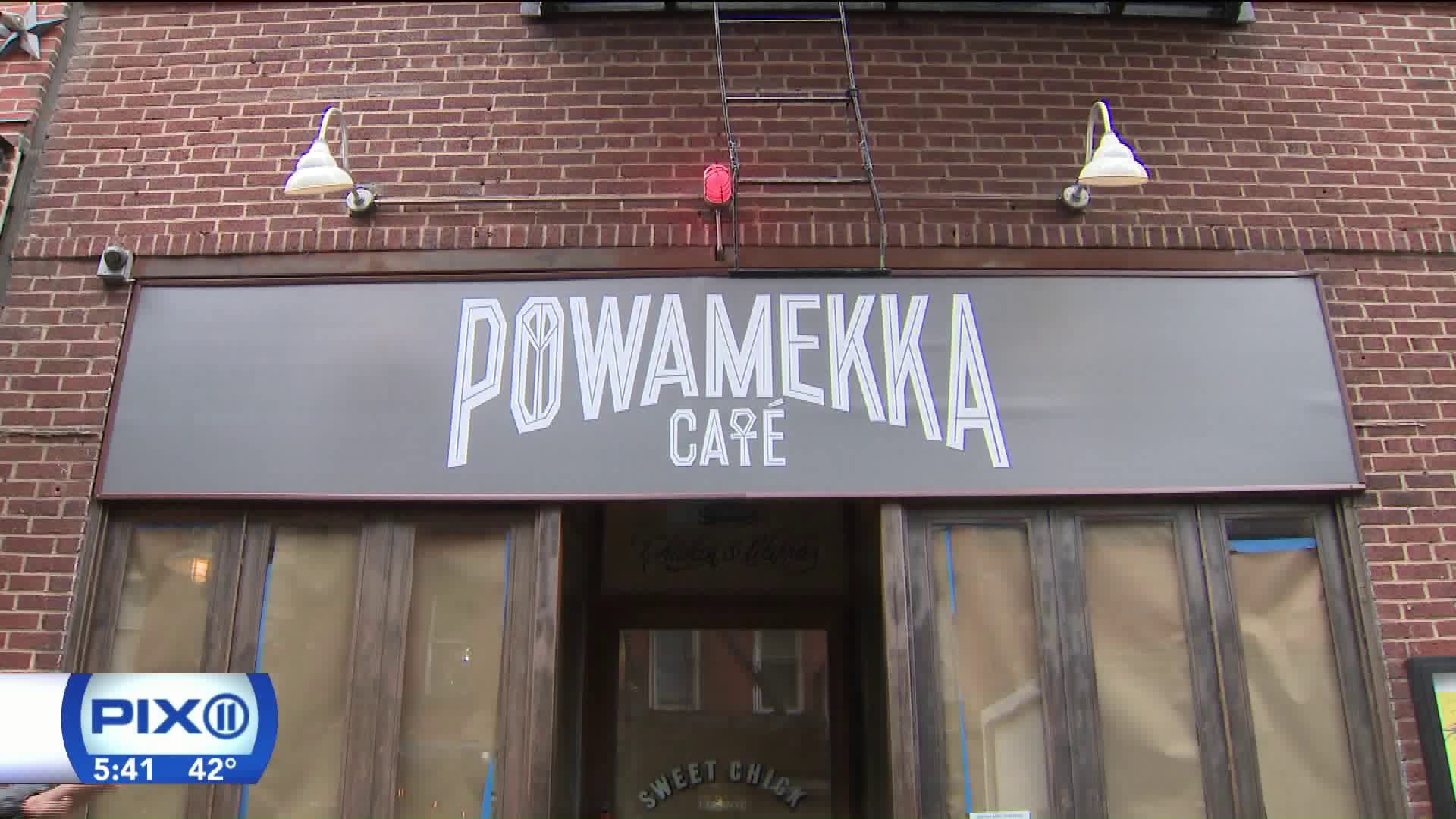 Powamekka Cafe will open as a pop-up restaurant on the Lower East Side.

NEW YORK – From critically acclaimed acting roles to multi-platinum albums, Tupac Shakur managed to accomplish a lot in his 25 years of life that was taken too soon.

One feat he never was able to tackle was opening his own restaurant.

Notes and sketches uncovered by his estate after his death reveal he even had a name thought out: Powamekka Cafe.

This weekend his one-time dream will become a reality.

Lower East Side hot spot Sweet Chick along Ludlow Street will transform into Tupac's vision of a "down home southern" restaurant.

“I was kind of surprised that he went into so much detail and kind of took the time out [to do it],” John Seymour, owner of Sweet Chick, told PIX11 News.

“A guy like Tupac who is such a visionary to think that he wanted to do a restaurant over 20 years ago is amazing.”

According to Seymour, it was not just about getting it done but doing it right.

“Obviously the food is important but at Sweet Chick, for us the vibe, the food, the music, the décor – everything really matters and really putting all that together and it really feeling like it was his spot was really the most important thing for us.”

Anyone who personally knew Tupac knows the iconic rapper would approve of the menu which is chock full of his favorite foods including catfish, collard greens and chicken & waffles as well as his cousin Jamala's famous fried chicken wings.

The bathrooms even have the special touch of Tupac where the men are referred as ‘Playaz’ and the women ‘Divaz.’

It all follows a blueprint drafted by Tupac over 2 decades ago.

“He actually kind of gave us the manuscript for this restaurant,” Seymour said. “We just had to fill a few pieces of the puzzle.”

Those pieces come together starting on Friday through Sunday when the pop up restaurant Powamekka Cafe opens to the public.

For more information on the eatery or to make a reservation, visit Powamekka Café’s website .