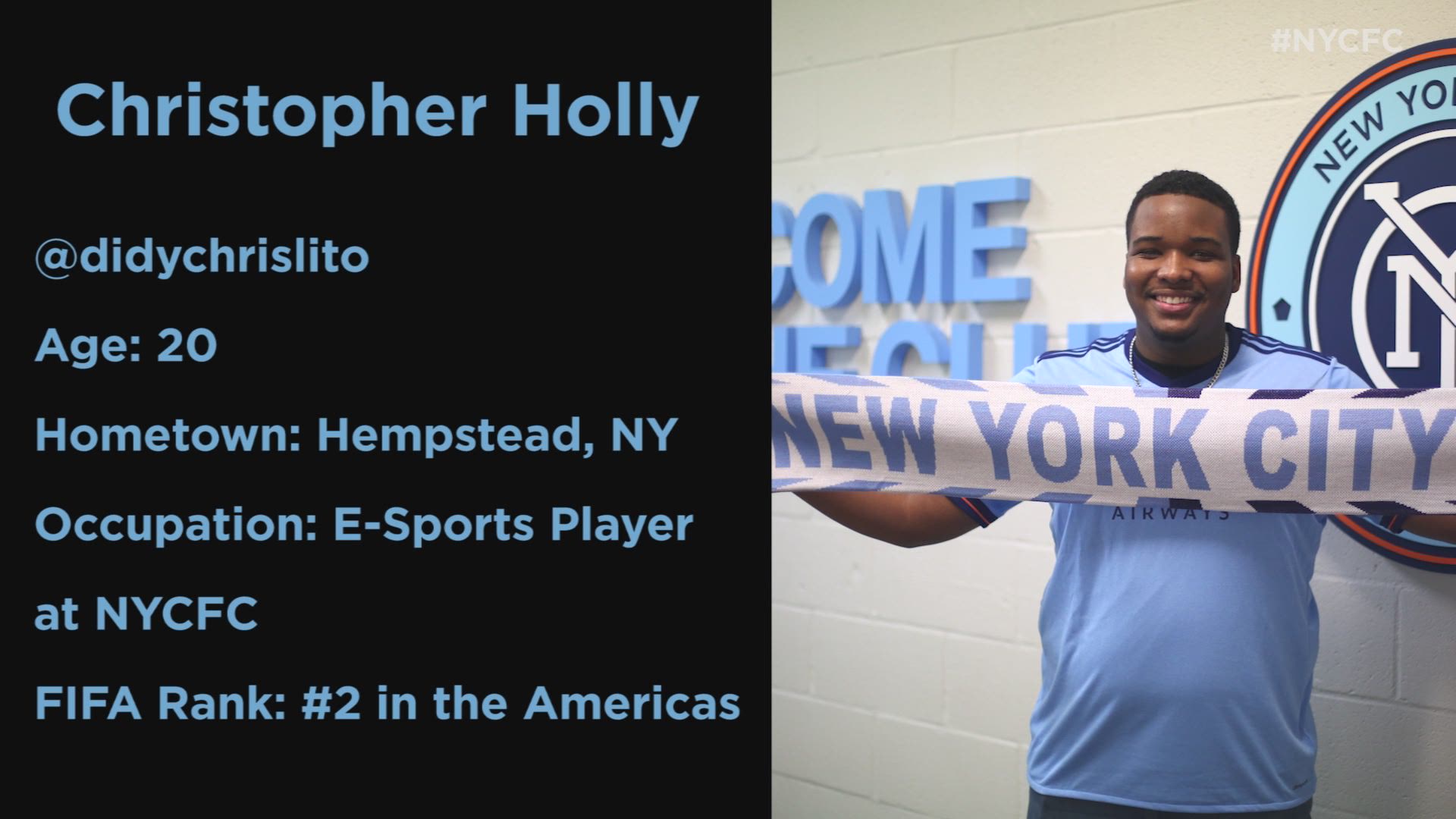 New York, NY – New York City FC is proud to announce the signing of the Club’s first-ever eSports player, Christopher Holly – a first in Major League Soccer history. Christopher will represent NYCFC in FIFA tournaments and championships across the globe.

The news comes as eSports continues to grow in size and popularity. In 2016, eSports had 256 million viewers worldwide and the industry saw 43% year on year revenue growth. EA Sport’s FIFA, in particular, is a global game with 5 billion matches played annually. The FIFA Interactive World Cup is recognized as the largest FIFA eSports tournament in the world, with millions of competitors.

As eSports continues to gain momentum, NYCFC has decided that now is the time to deepen its engagement in the industry, bringing even more to fans, many of whom are avid FIFA players.

Diego Gigliani, SVP, Media and Innovation, City Football Marketing, elaborated: “At New York City FC, we are always looking for new ways to innovate and get closer to our fans. We are delighted to welcome Christopher Holly to the Club to represent NYCFC as the first ever eSports player in MLS.

“Christopher will play EA Sports FIFA at gaming tournaments around the world and challenge NYCFC fans pre-match as well as our players. We’ll also be creating content and livestreaming on platforms like YouTube and twitch," he said. “This is the next stage in our eSports strategy at City Football Group. Last year, we signed Kez Brown as Manchester City’s first eSports player and now it is great news that Christopher is joining our group.”

Holly spoke to NYCFC.com about the historic signing:  “It’s an honor to represent NYCFC. It’s a chance of a lifetime, I’m really excited and looking forward to the future," he said. “I never thought this would happen so when the club contacted me, I was shocked and now I’m really looking forward to it."

He has qualified for the Season 2 Regional Finals which will take place in Vancouver on April 22 where Christopher hopes to finish in the top three to qualify for the FUT World Championship in Berlin.

Holly has been playing FIFA for 12 years, getting his start on a PS2 and playing for roughly 25 hours a week.

Last month, he ranked third in the FUT Champions Leaderboard (for Americas PS4) with a win-loss record of 191–9.  In December, he ranked first worldwide with the best performance across the globe, registering a record of 197-3.

Although he was born in the United States, Christopher is from Haiti and has lived there for most of his life. After the earthquake in Haiti, he moved back to the nation of his birth and has been living in Hempstead, New York since 2010.