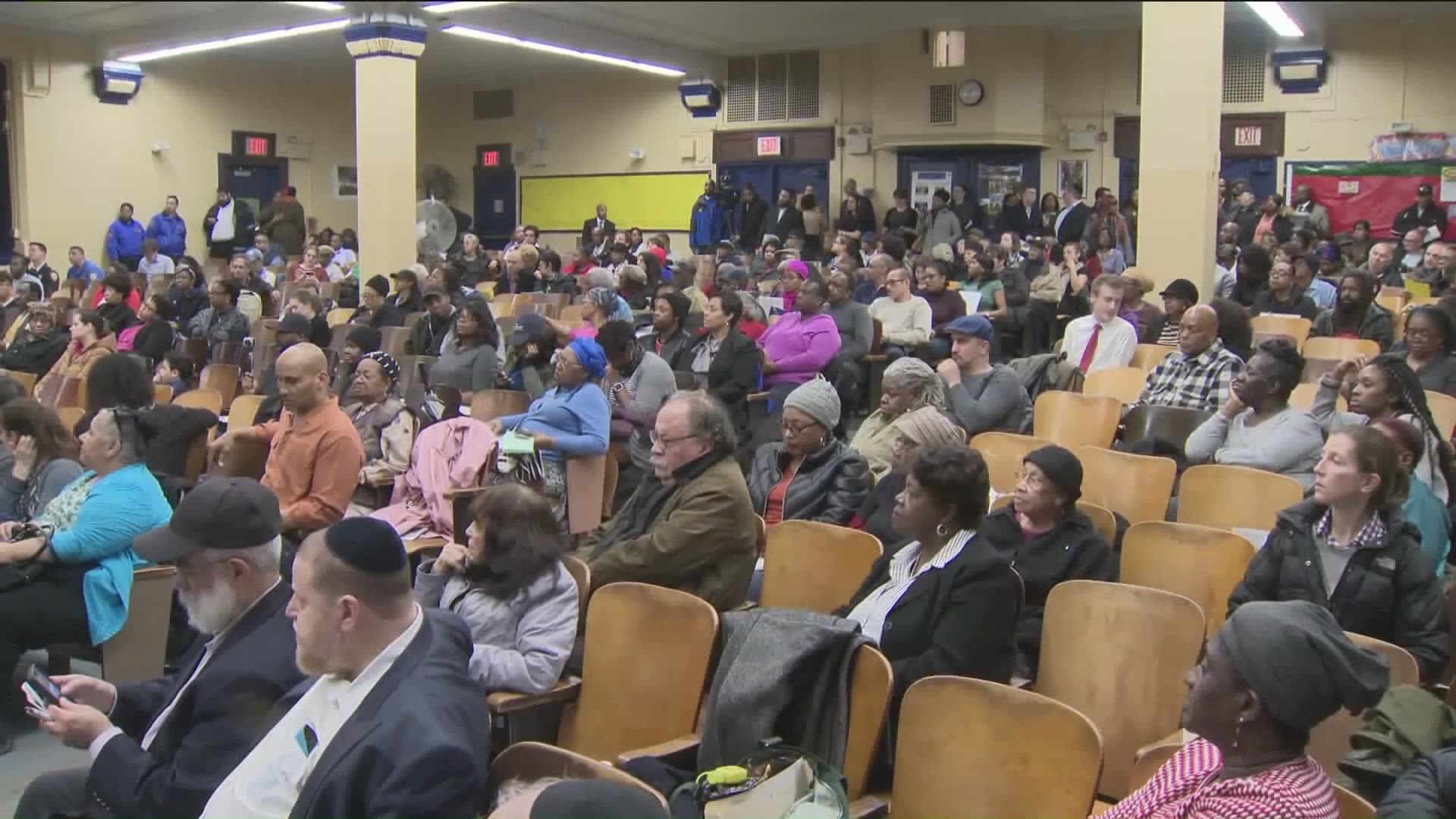 Crown Heights residents, who already have 19 shelters in their neighborhood, are strongly opposed to adding another one.

CROWN HEIGHTS, Brooklyn – There's a political storm brewing in Crown Heights, Brooklyn, where residents have been meeting on a regular basis – furious over Mayor Bill de Blasio's plan to bring more homeless shelters to this neighborhood that already has nineteen of them.

55-year-old Crown Heights resident Dr. Yvonne Reid, a retired school principal, says she will be at the next big community meeting, planned for Thursday night, hoping to send City Hall a strong message.

In her opinion, Crown Heights is already carrying its fair share of the burden to address the homeless crisis.

"We want to tell the Mayor that if he wants our votes we have ...when this is a vast, vast borough," Reid said.

In the Mayor's neighborhood of Park Slope, where the Mayor owns a rental property.

This man did not want to weigh in on the homelessness crisis, or the issue of a neighborhood's fair share.

"I haven't put much through into it and U wouldn't want to speak ignorantly on film about it," Jerry Mandell, a Park Slope resident said.

But a spokesperson for the city's department of homeless services, run by commissioner Stephen Banks, told PIX11 last week under the agency's new plan, the number homeless shelters in Crown Heights will ultimately be reduced from nineteen to four.

But despite our repeated requests no one at DHS is willing to tell PIX11 if there will be a net reduction, or increase in the number of shelter rooms in Crown Heights, when the plan is fully in place.

Dr. Reid says those are reasons enough to worry about how DHS will manage a new 130-room family shelter on Rogers Avenue.

"We are very, very concerned," Reid said. "I would like to know that my community will continue to be safe for myself and all the seniors that live here."