Cash goes flying as ATM owner attacked in the Bronx 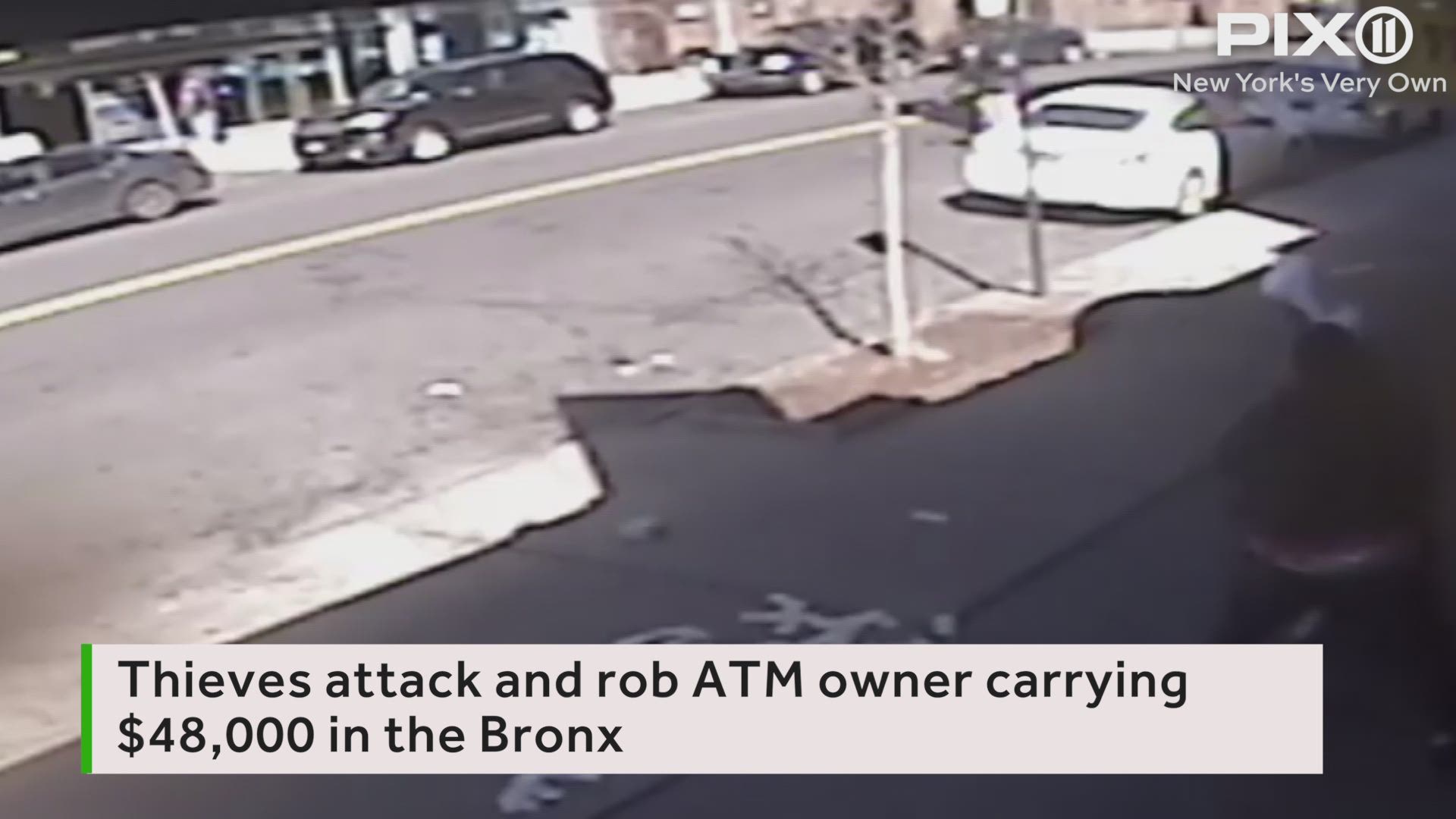 An attacker came up from behind and ripped the bag from his hands, sending cash flying out of the bag and onto the sidewalk. 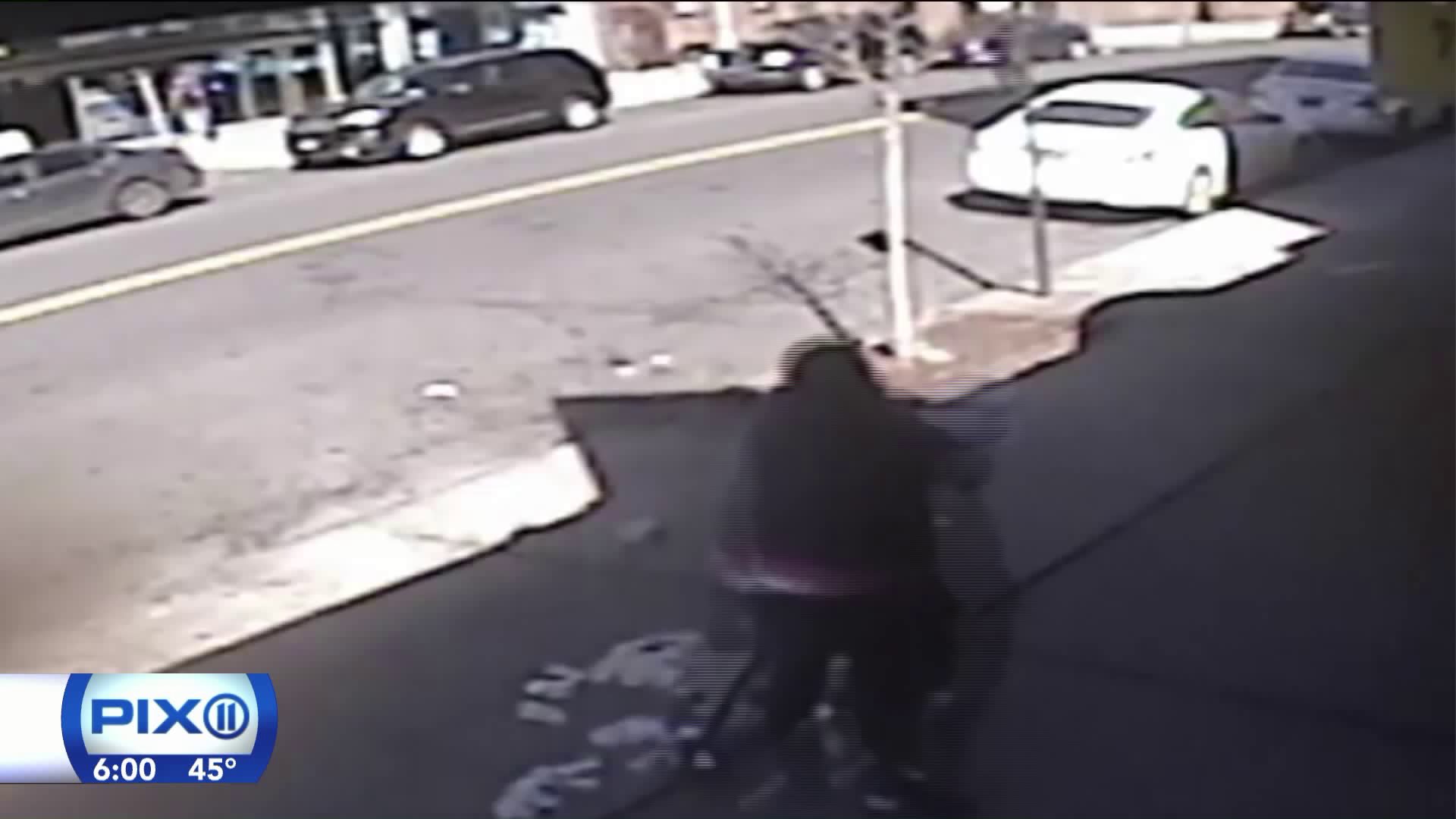 PELHAM BAY, The Bronx — A pair of violent thieves made off with $21,500 from an ATM owner who was carrying a plastic bag stuffed with cash in the Bronx, police said.

One of two men suspected of attacking an ATM worker on March 8, 2017, in the Bronx. (NYPD)

The victim, who owns multiple ATMs, was walking about 12:45 p.m. on March 8 along Buhre Avenue near Hobart Avenue with a plastic bag carrying $48,000. An attacker came up from behind and ripped the bag from his hands, sending cash flying out of the bag and onto the sidewalk.

The ATM owner suffered minor injuries to his face and was treated at the scene, police said.

The culprits ran off, but first were captured on surveillance video. Police released videos and a photo of the suspected attackers with a call for the public’s help to find them.

One of the attackers is described as being 5 feet 10 inches tall with facial hair. He was last seen wearing black pants, a white hooded sweatshirt and white sneakers, police said.

The other attacker is described as being 5 feet 10 inches tall who was last seen wearing brown pants, a black hooded sweatshirt and black sneakers.