Arrest made in fatal shooting of 15-year-old Brooklyn boy 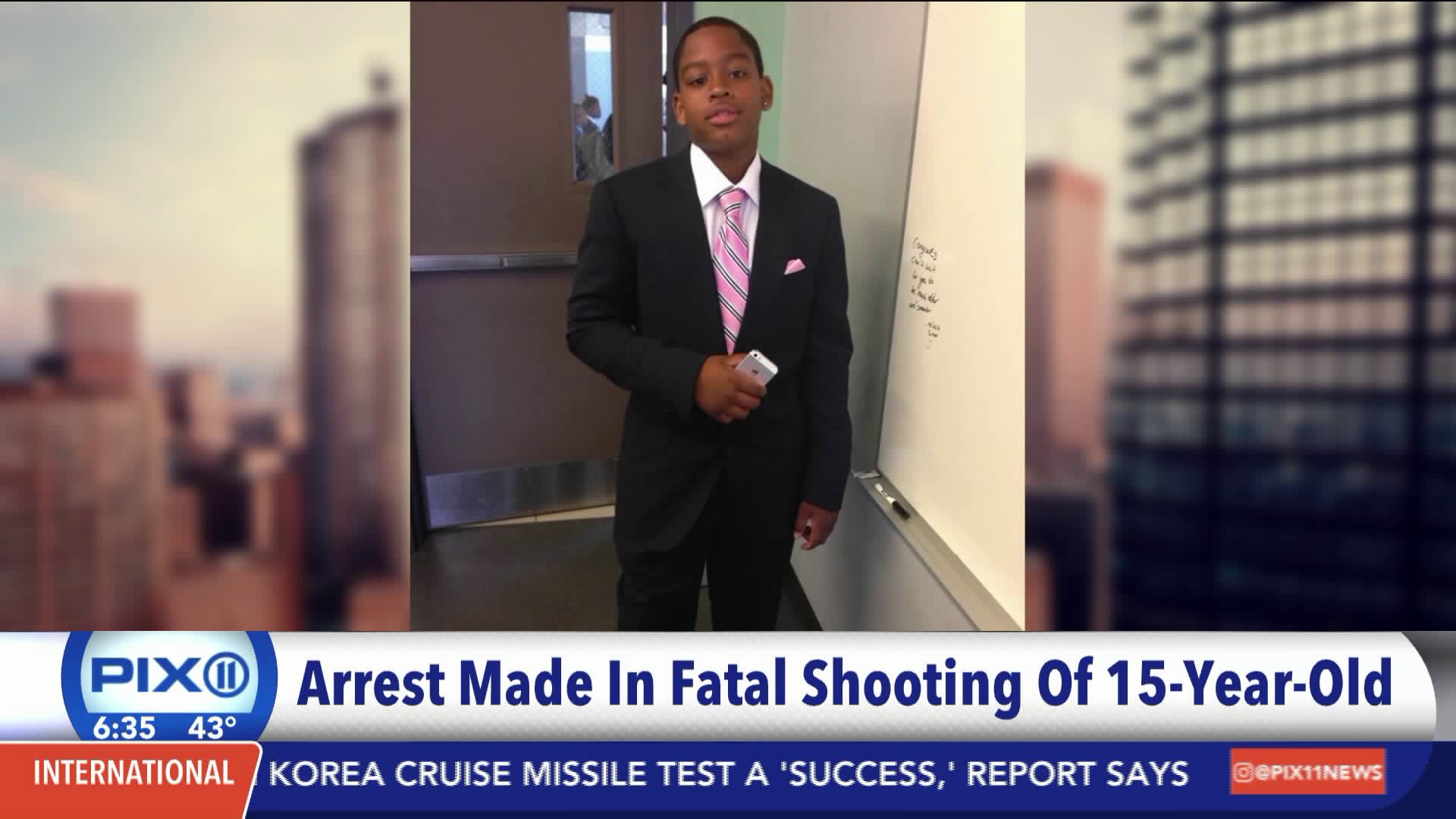 An arrest has been made in the fatal February shooting of a Brooklyn teen, who police say wasn`t the intended target.

EAST FLATBUSH, Brooklyn – An arrest has been made in the fatal February shooting of a Brooklyn teen, who police say wasn't the intended target.

Zidon Clarke, 17, is being charged in the murder of Rohan Levy, 15, police said Wednesday. He also faces two assault and criminal possession of a weapon charges.

Cops say Levy was with friends on East 55th Street near Lenox Avenue on Feb. 20 when a gunman in a tan 4-door sedan drove up and fired repeatedly.

Levy was hit in the back of his head as he was trying to run away from the bullets. The teen, who attended Williamsburg High School for Architecture and Design, died at a local hospital three days later.

One of his friends, an unidentified 18-year-old man, was shot in the left leg. He was treated and released from the hospital.

Police named Clarke as the suspect in the killing. He has at least six arrests dating back to 2015, including three alone in 2017, according to the NYPD. Cops believe he was possibly a gang member.

The NYPD says there are no other suspects in the case.

A GoFundMe page set up in Levy's name raised over $31,000 to cover his funeral costs. The author of the post wrote Levy was "well loved by all and always the comedian" and "fun loving scholar."