Suspect in death of EMT Yadira Arroyo smirks at arraignment, pleads not guilty 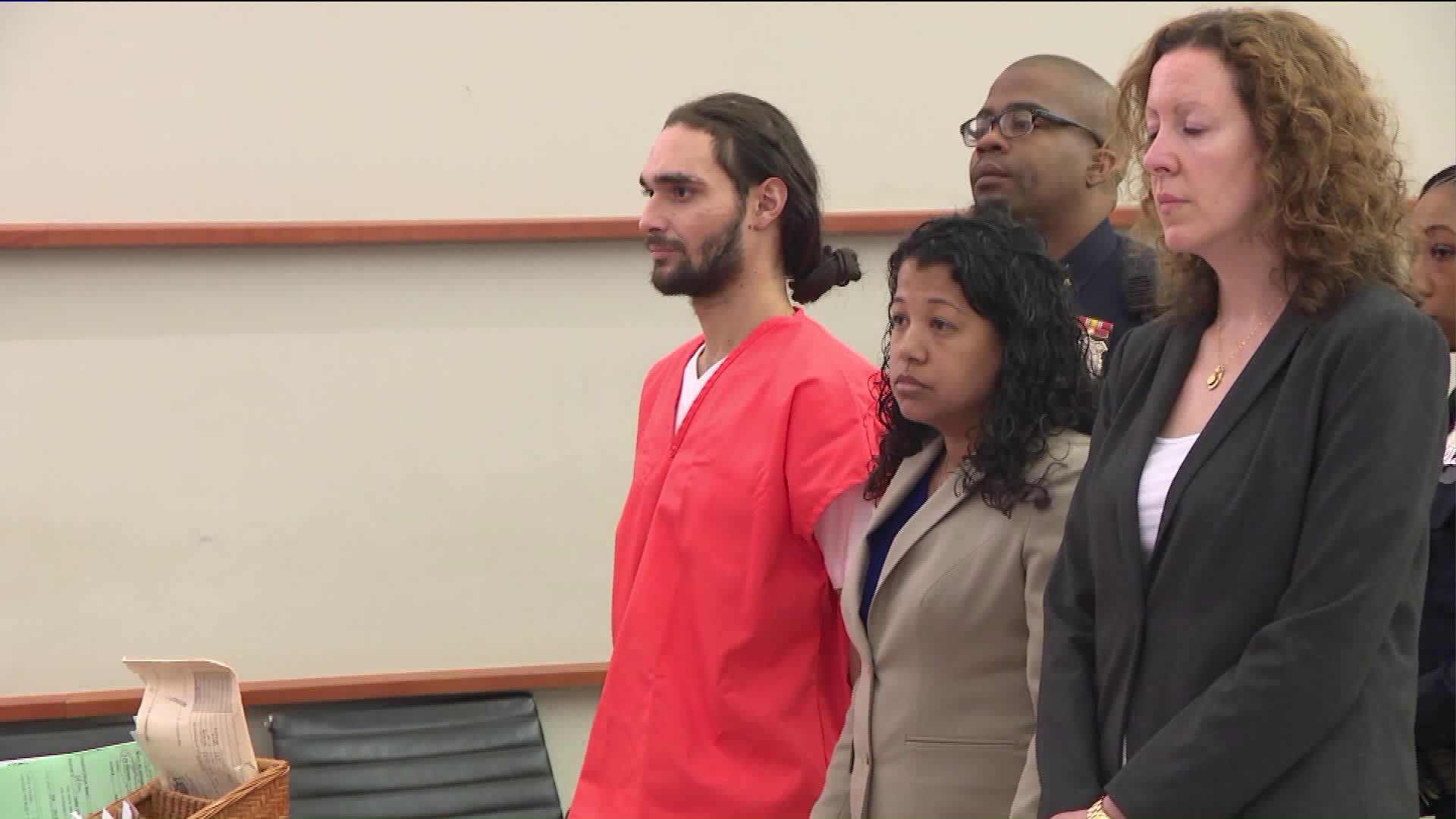 The suspect accused of running down an EMT entered a plea of not guilty.

THE BRONX — More than 100 first responders were in court Wednesday to see a suspect accused of running down an EMT with her own ambulance enter a plea of not guilty in the death of Yadira Arroyo.

"Disgusted.We are trained medical professionals. Our sister helped people like that. We want justice," EMT Louis Montalvo said during a news conference after the arraignment.

The president of the EMS union said Arroyo had, in the past, transported in her ambulance the man accused of using that same vehicle to end her life.

Yadira Arroyo, 44, was critically injured after a man took control of her ambulance and struck her with it. She later died of her injuries. Arroyo was a 14-year FDNY EMT and mother of five children. (FDNY)

Jose Gonzalez, 25, looked at cameras in the courtroom and smirked during his arraignment. He pleaded not guilty and is scheduled to return to court in August.

He stood defiantly in the courtroom filled with Arroyo's EMT family. A teary-eyed Monique Williams, Arroyo's partner who was in the ambulance her on that deadly day, sat in the courtroom as Gonzalez pleaded not guilty.

Gonzalez is accused of stealing an ambulance the night of March 16 and slamming it into Arroyo and her partner. Arroyo, a 14-year veteran of FDNY EMS, later died from her injuries.

Gonzalez, who has an extensive arrest history, faces charges including murder and grand larceny.

"This was our sister who helped people like that on a daily basis we're disgusted and we want justice," said EMT Louis Montalvo in front of the courthouse.

Moments before he allegedly stole the emergency vehicle, Gonzalez was panhandling and was caught on surveillance video trying to buy loose cigarettes at a bodega, sources told PIX11 News.

Arroyo and Williams were traveling on White Plains Road, approaching Watson Avenue, when they were flagged down by a driver at about 7 p.m. on March 16, police said. As the pair stepped out of the ambulance, Gonzalez allegedly hopped into the driver's seat, put the vehicle in reverse and hit the gas, knocking Arroyo to the ground then running her over.

Still driving backwards, Gonzalez hit two cars, with people inside them, and a parked vehicle. He then drove forward, dragging Arroyo into the middle of an intersection, police said.

He took a left onto Watson Avenue and hit two more parked cars before stopping at the corner, police said.

Gonzalez tried to run away but was caught by an off-duty MTA police officer who was on patrol and two passersby who stopped to help, according to the NYPD.

Arroyo and her partner were rushed to a hospital, where she died, becoming the eighth FDNY EMT to be killed in the line of duty.

The 44-year-old mother is survived by five sons, ages 7 to 24. FDNY Lt. Miguel Flores said she was a "perfect example to the community."

Her impact was so clearly demonstrated during her two-day wake followed by a funeral service, where thousands of her colleagues, family, friends and neighbors gathered to honor her life.

"It's still so surreal. We miss her. When you see us, you see her," Arroyo's eldest son Jose Montes said at a candlelight vigil outside the Station House 26, where his mother was based. "One candle lights a thousand candles."

With that, the crowd began to chant, "Yadi! Yadi!"

"You have to keep in mind Yadi was killed she didn't pass away she was killed there was no peace in that, she died violently," said Montalvo.

Court documents obtained by PIX11 show Gonzalez told police he was high on several drugs on the day Arroyo died.