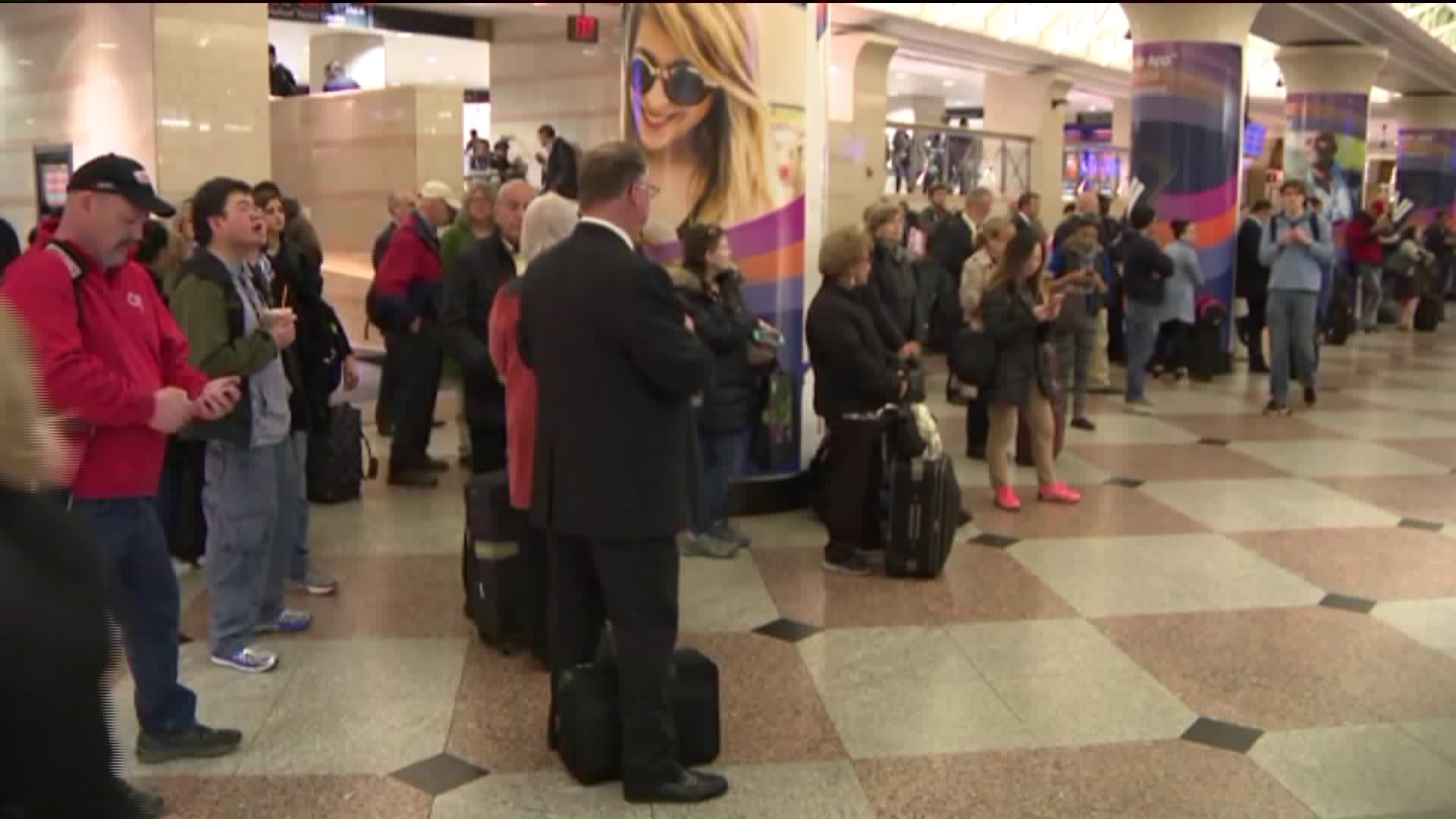 Dozens of trains are being canceled and diverted as Amtrak crews work to fix a damaged track.

NEW YORK — Commuter chaos at Penn Station continues for a third day in a row as Amtrak crews work on to repair track damage caused by an NJ Transit derailment Monday morning.

The Long Island Rail Road (LIRR) is one again forced to operate a reduced evening rush hour schedule, which includes 17 trains canceled from Penn Station between 4 p.m. and 8 p.m., and eight other trains will originate elsewhere.

The LIRR will operate on near-normal schedules out of Atlantic Terminal, Brooklyn, and Hunterspoint Avenue, Queens. New York City Transit will cross-honor LIRR tickets at 34th Street-Penn Station on the 123 and ACE.

Metro-North Railroad is advising customers on its Port Jervis Line and Pascack Valley Line to travel from New York City by boarding PATH trains to Hoboken as an alternative to waiting for Secaucus-bound NJ TRANSIT trains at Penn Station.

LIRR will primarily operate out of Tracks 17 through 21 as a result of the post-derailment track work. In some instances, LIRR customers may be advised of trains departing from Tracks 10, 11 or 12, which are accessible from the Exit Corridor closer to Eighth Avenue, or via NJ TRANSIT’s concourse.

In incremental improvements from yesterday, westbound service to Penn Station on the Port Washington Branch will not be suspended, and while there will be no westbound service between Jamaica and Penn Station from 4 p.m. to 5 p.m., it will be available after 5 p.m., in contrast to yesterday and Monday. Customers will be able to transfer to the E subway for continuing service to Penn Station. New York City Transit will cross-honor LIRR tickets at Jamaica.

As with yesterday, the following eastbound LIRR trains from Penn Station will be cancelled or originate from Atlantic Terminal or Jamaica. In most cases customers of cancelled trains will be able to board trains leaving within 10 minutes of their scheduled departure, with the alternate trains making additional stops to accommodate the customers of the cancelled trains.