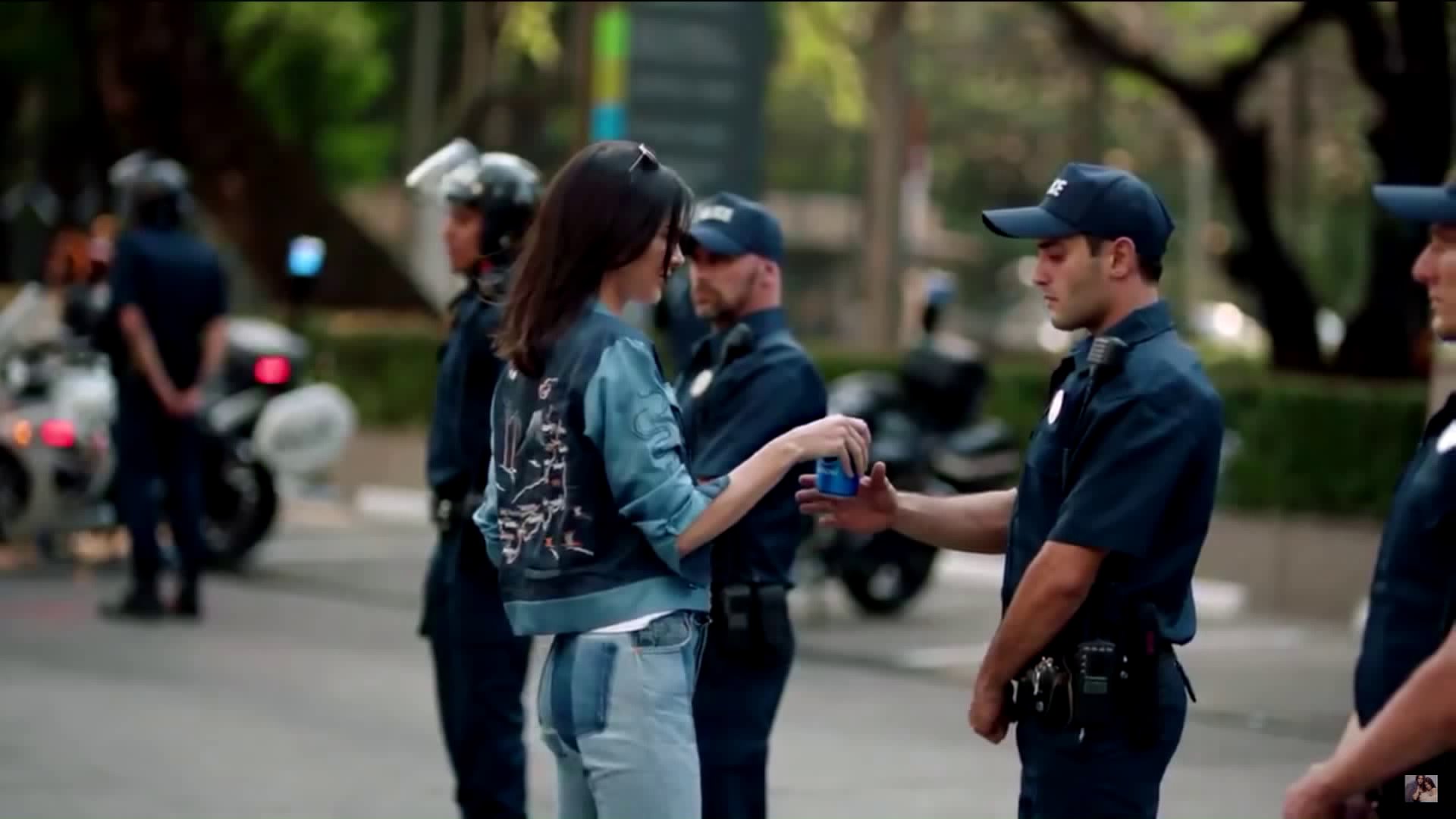 The ad appears to trivialize protests for social justice causes.

NEW YORK — Pepsi is pulling an ad that has been widely criticized for appearing to trivialize protests for social justice causes just 24 hours after it was released.

"Pepsi was trying to project a global message of unity, peace and understanding," the company said Wednesday in a news release. "Clearly we missed the mark, and we apologize."

It said it was "removing the content and halting any further rollout."

The ad shows Kendall Jenner, a member of the "Keeping Up With the Kardashians" reality TV family, stepping away from a modeling shoot to join a crowd of young protesters. The protesters cheer after Jenner hands a can of Pepsi to a police officer, who takes a sip.

PepsiCo Inc. had previously said the ad would "be seen globally across TV and digital" platforms, and had stood by the ad late Tuesday. In its statement Wednesday, PepsiCo apologized to Jenner for putting her "in this position."

Critics say the image of Jenner handing the officer a Pepsi evoked a photo of Black Lives Matter protester Ieshia Evans approaching an officer at a demonstration in Baton Rouge last year.

When Pepsi launched the ad Tuesday, reaction on Twitter was fierce and furious.

“I have a dream that one day Pepsi will hire enough black & brown people to make better decisions,” said one Twitter user.

Even the daughter of Dr. Martin Luther King chimed in, tweeting “If only daddy would have known about the power of Pepsi.”

This, while many took note of the eerie similarities between a scene in the now-pulled ad and one that took place last year when Black Lives Matter protestor Ieshia Evans came face-to-face with officers in riot gear in a rally in Baton Rouge, Louisiana.

According to Fiocco, Pepsi did a few good things when it came to the ad including getting people to talk about it. However, when it came to execution, it failed tremendously.

“It was just too staged, too contrived,” he said. “I just can't imagine that they didn't know through research that that wasn't going to resonate – I just don't understand what kind of research they did.”