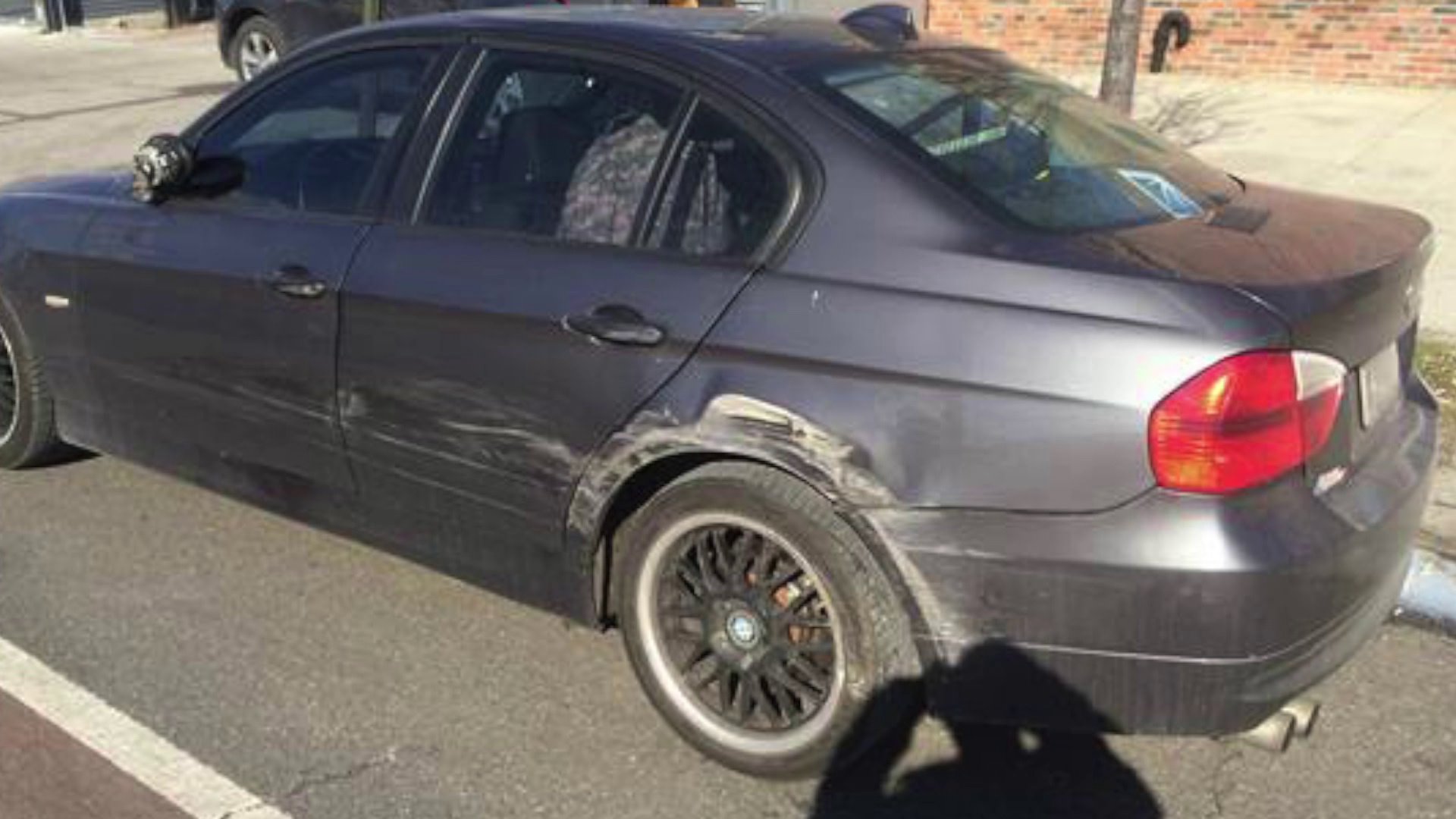 NEW YORK — It’s bad enough that a New York City bus sideswiped Arthur Berkovitz’s car, causing thousands of dollars in damage — but what has happened in the year since adds insult to injury.

“I’m at my wits end. I don’t know what to do”, said Arthur when he contacted What a Shame at PIX11. A year ago, when he left work for day, he couldn’t believe what he saw.

“I see my whole car damaged”. His 2008 BMW, which was legally parked in front a bus stop on Utica Avenue in Brooklyn, had clearly been hit by another vehicle.

There were dents and scrape along the driver’s side, the side facing the street. How did it happen? There was a note on the windshield telling him to go to the 63rd Police precinct.

That’s where he was given a copy of the police report which says a New York City bus driver was pulling out of the bus stop when he sideswiped Arthur’s car.

Arthur filed a property damage claim against New York City Transit. The city sent out an adjustor to inspect the damage.

“He told me it was around $7,000 dollars in damages,” says Arthur. He told Arthur to contact New York City Transit. “He said if you don’t call them and stay on top of them, you’ll be waiting forever.”

“I called two or three times a week”, says Arthur. Only once, in September, did Ader call him. He said he’d get back to Arthur with a settlement offer in a couple of days. That was six months ago. Arthur says he hasn’t heard from Ader since then.

In the meantime, the damage to his car made it too dangerous to drive. So Arthur paid $6,300 dollars of his own money to get it fixed. “It came out of my savings account," Arthur said. “I really need that money back,” Arthur said. “I’m praying maybe you could help me out”.

So we contacted New York City Transit and that same day, they contacted Arthur.

“I get a phone call from Howard Ader. I almost fell over backwards when I heard his voice. He began to tell me that they sent me an offer back in February, which I never received.”

Not long after that call, Arthur was sent a settlement for $6,303, the full amount he’d asked for to cover the repairs and his rental car. Another happy ending.

If you’ve got a story for me, email me at whatashame@pix11.com.