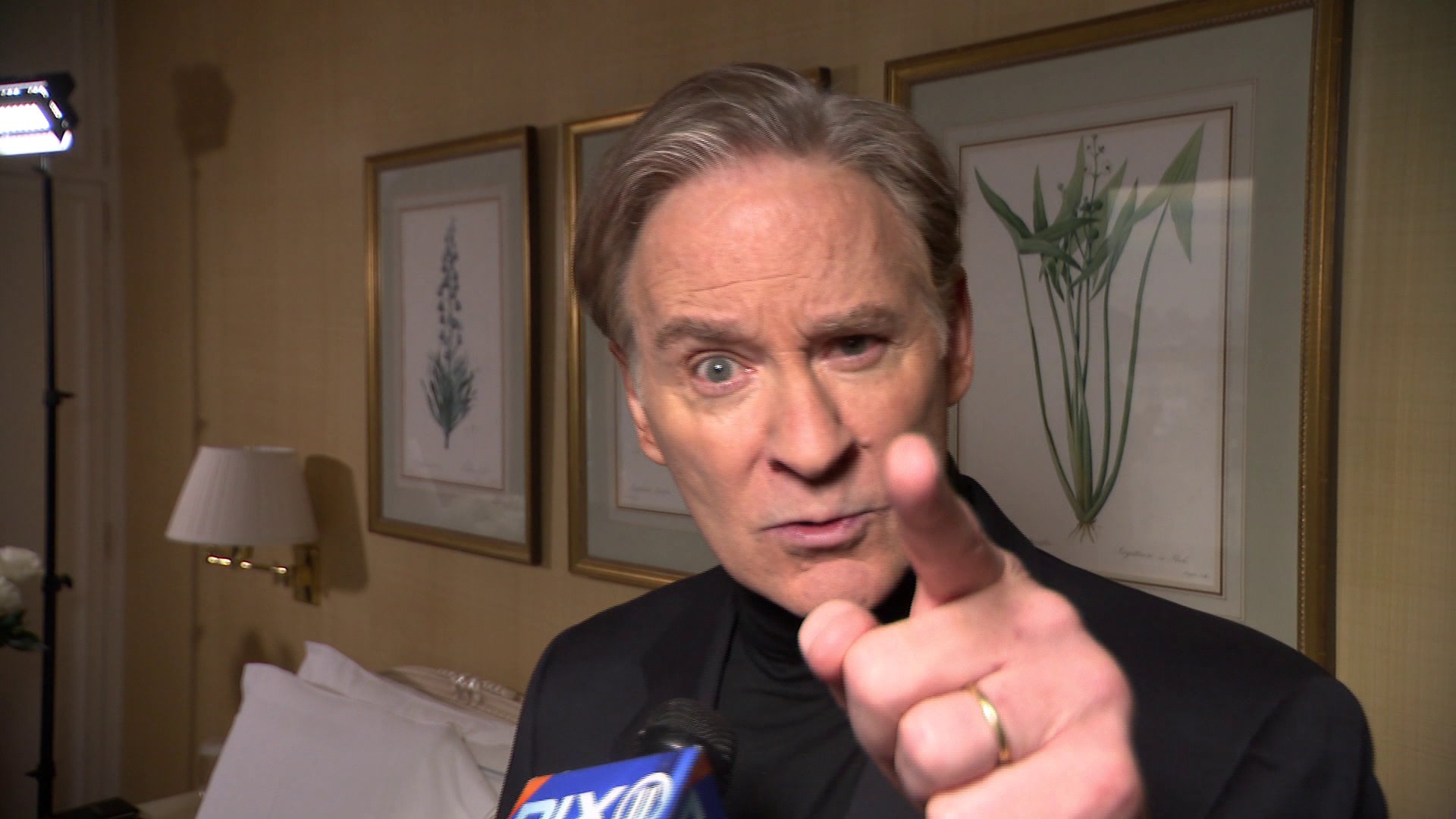 Ojinka Obiekwe breaks down the latest revival bring a laughter to the stage.

MIDTOWN, Manhattan- “You out there, you’re all screwed up!” Kevin Kline doesn’t hold back, he thinks we all have a little of his character’s narcissistic traits. “The audience will just continue to think actors are really screwed up people but so are lawyers and doctors and interviewers and cameramen,” he smiled. The Oscar and Two-time Tony Award winner leads an all-star cast in the British farce, Present Laughter.

“This is a show that’s entertaining, this is a show that you go in knowing you’re going to have a good time,” Cobie Smulders described. Cobie Smulders, widely known for her role in "How I Met Your Mother,” is making her Broadway debut. “It doesn’t feel quite real frankly," she said. "I think it will take me like 50 shows to be like oh, I’m doing this, ok, this is my life now.”

She plays one of the many admirers of the self-obsessed actor who provokes a parade of intruders and interruptions. “With everything that we’re going through in our wonderful country right now, I actually think this is the perfect tonic for the Spring,” Kate Burton said. You may recognize Kate Burton from her powerful performances in TV's "Grey’s Anatomy" and "Scandal," but it was on stage, in this show, in 1982, that she made her own Broadway debut.

“It’s an unbelievable experience but it’s a very different experience because of course I was only 24 years old when I played Daphne and I didn’t know what the hell I was doing but it was so much fun," she explained. Originally written in 1939, the comedy explores society’s fascination with celebrity culture, which couldn’t be much more relevant now. So, we were curious if it’s leading man relates to his conceited character? "No, not at all, because he’s an egomaniac and well, I’m in recovery,” Kline quipped.

Present Laughter opens tonight at the St. James Theatre with a limited run through July 2nd.