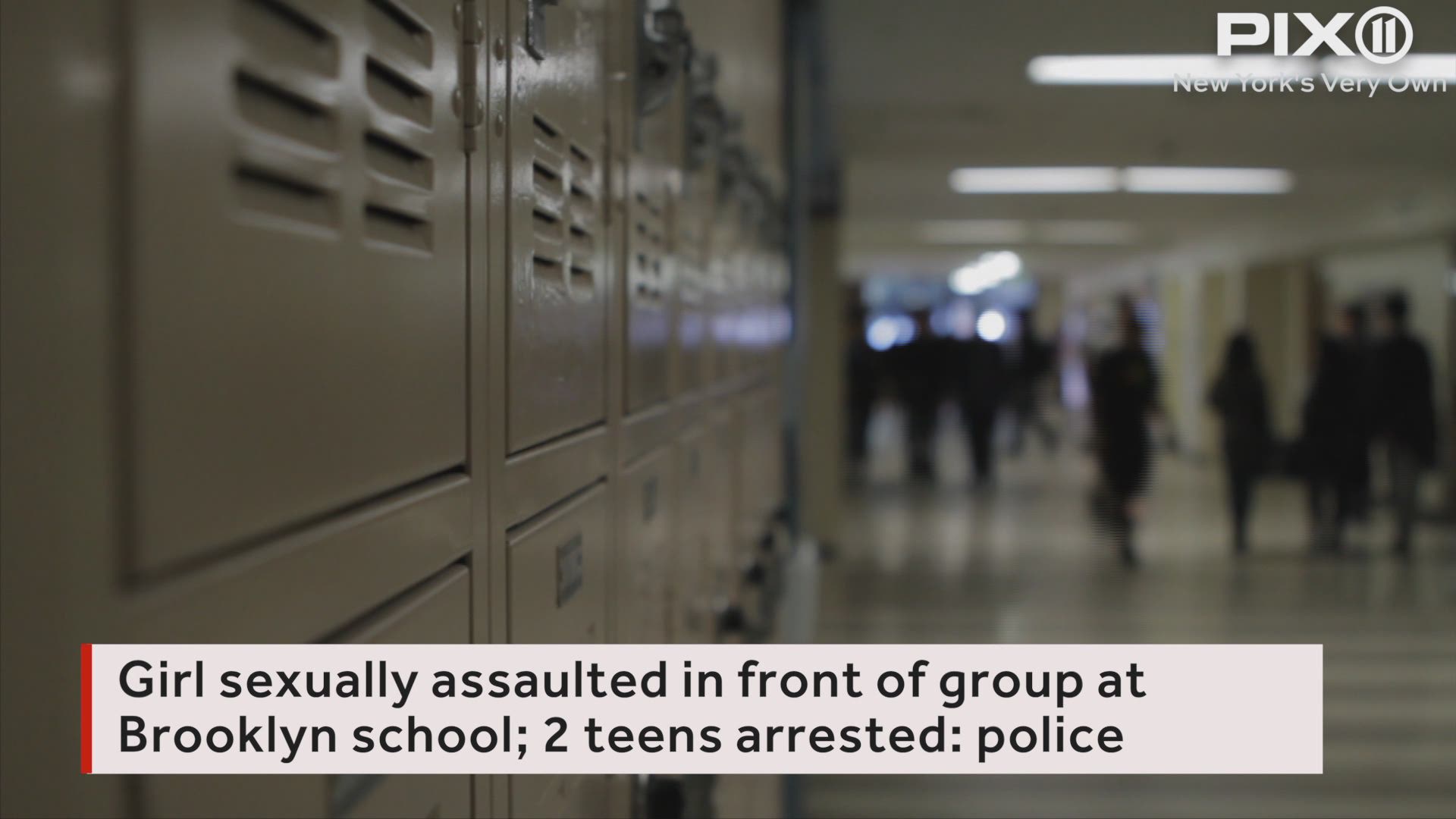 The incident allegedly began when a 13-year-old approached the 17-year-old victim, and told her a teacher was looking for her.

BROWNSVILLE, Brooklyn — Two teens have been arrested in the investigation into the alleged sexual assault of a girl that took place in front of a group at a Brooklyn school, according to law enforcement sources.

The incident allegedly began when a 13-year-old approached the 17-year-old victim, and told her a teacher was looking for her.

The younger teen led the girl to a boys bathroom at the Brownsville campus, where a group awaited her, a police source said.

Once inside, the girl felt obligated to perform a sex act on one of the boys present, according to the source.

The girl was allegedly crying as she left the bathroom, and told friends what had occurred. Those friends approached a guidance counselor about the incident, sources said.

Two teens, ages 14 and 15, were arrested Monday, according to police sources, who said they face charges of forcible touching, unlawful imprisonment and sex abuse.

Police suspect the incident may have been recorded, but have yet to find video evidence.