Prodigal cat returns to N.J. home after 2 years — thanks to Facebook 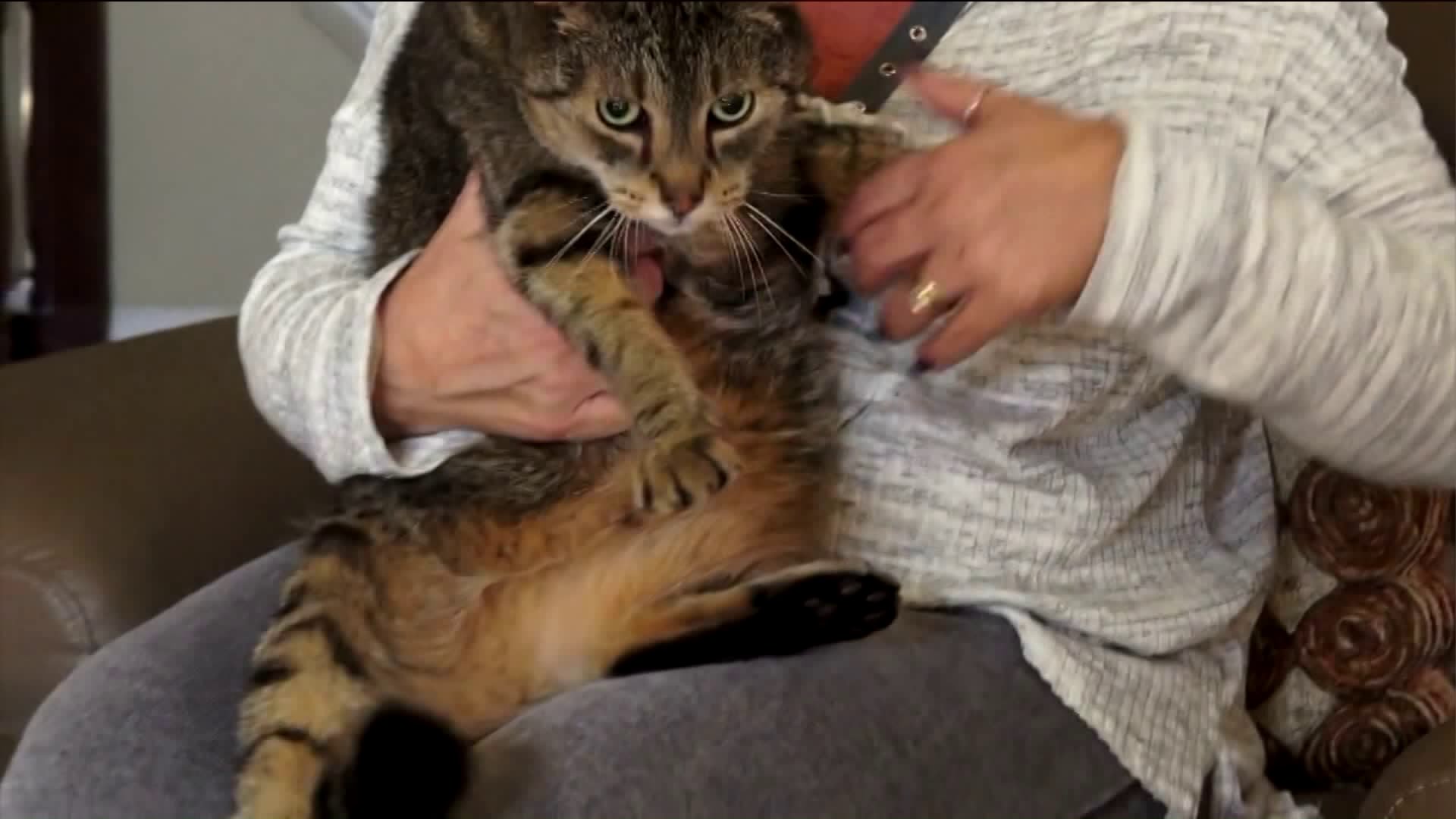 "I went to get him at midnight, he never came back," recalled Susan Zelitsky.

They were devastated their indoor cat, who would often follow the family around outside, had vanished.

The family tried everything it could to bring Jimmy home, placing posters around town, calling three police departments and reaching out to shelters.

The trail went cold until two weeks ago, when a Facebook page — Lost West Milford Pets — posted images of a cat that looked familiar. A friend forwarded them to Zelitsky.

"We were so shocked," Zelitsky.

Someone had turned Jimmy in to the West Milford Animal Shelter after finding him on the streets shortly after the recent blizzard.

The cat was found almost 10 miles away from the family’s home in Wanaque.

"I said, 'Jim, is that you,' and he came over and gave me a head butt and rubbed. He's a special cat," Zelitsky said.

She said every inch of him matches — his white beard, his polka-dotted belly, even his habits around the house.