Carjacking suspect charged in shooting of postal worker in the Bronx 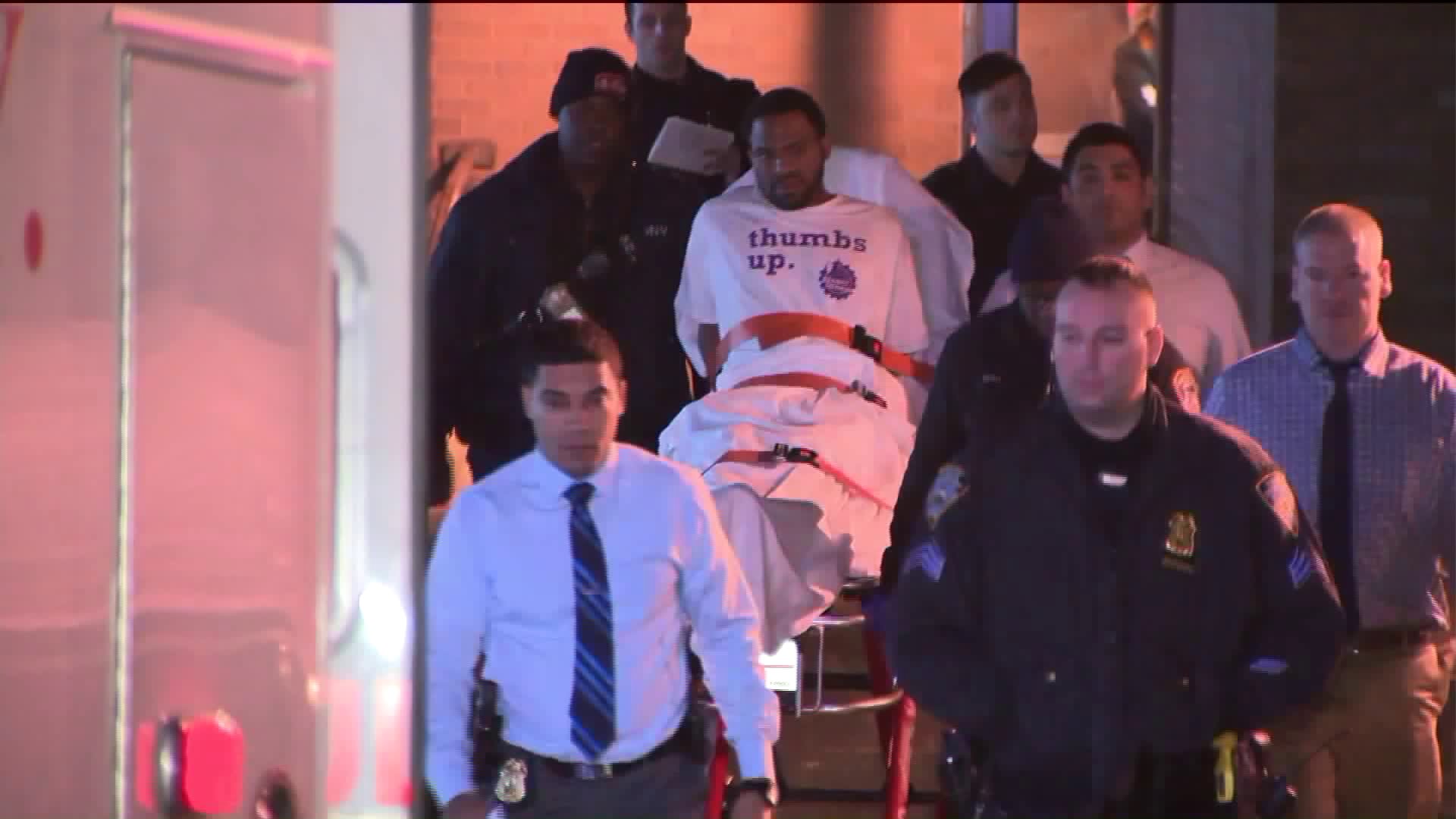 Police have charged the carjacking suspect who shot a postal worker Tuesday night.

WAKEFIELD, the Bronx – A man accused of carjacking two people and shooting an off-duty postal worker attempting to intervene, is in custody and undergoing a psychiatric evaluation Wednesday, according to police.

Clarence Brooks, 27, is the Bronx man arrested Tuesday night for the slew of crimes beginning on 232nd Street and Carpenter Avenue, police said.

The suspect is accused of forcing an off-duty mailman out of his car at gunpoint. That's when police say another postal worker saw what was happening and attempted to block Brooks from getting away with his mail truck.

The gunman then fired a shot through the windshield, hitting the 30-year-old in the arm, according to police.

From there, he allegedly held a woman up, got in her car and demanded she drive. Police say the car later crashed.

Stuck in the crashed vehicle, Brooks allegedly shot the windows out and leapt from the car, but police gave chase and caught him.

USPS has since given thanks to the employee who attempted to intervene.

"We are thankful our employee who's been over with us over 10 years is doing fine and will be treated and is likely to be released," said Emily Tarrats, a USPS inspector. "We prefer they be witness and not engage an individual or any suspect."

Overnight, PIX11 cameras caught Brooks being wheeled out of the 47th Precinct on a stretcher and taken to a hospital for psychiatric evaluation.

He is on parole for robbery, and is now faces additional charges for robbery and attempted murder, police said.

Brooks was wearing body armor when arrested, according to police.