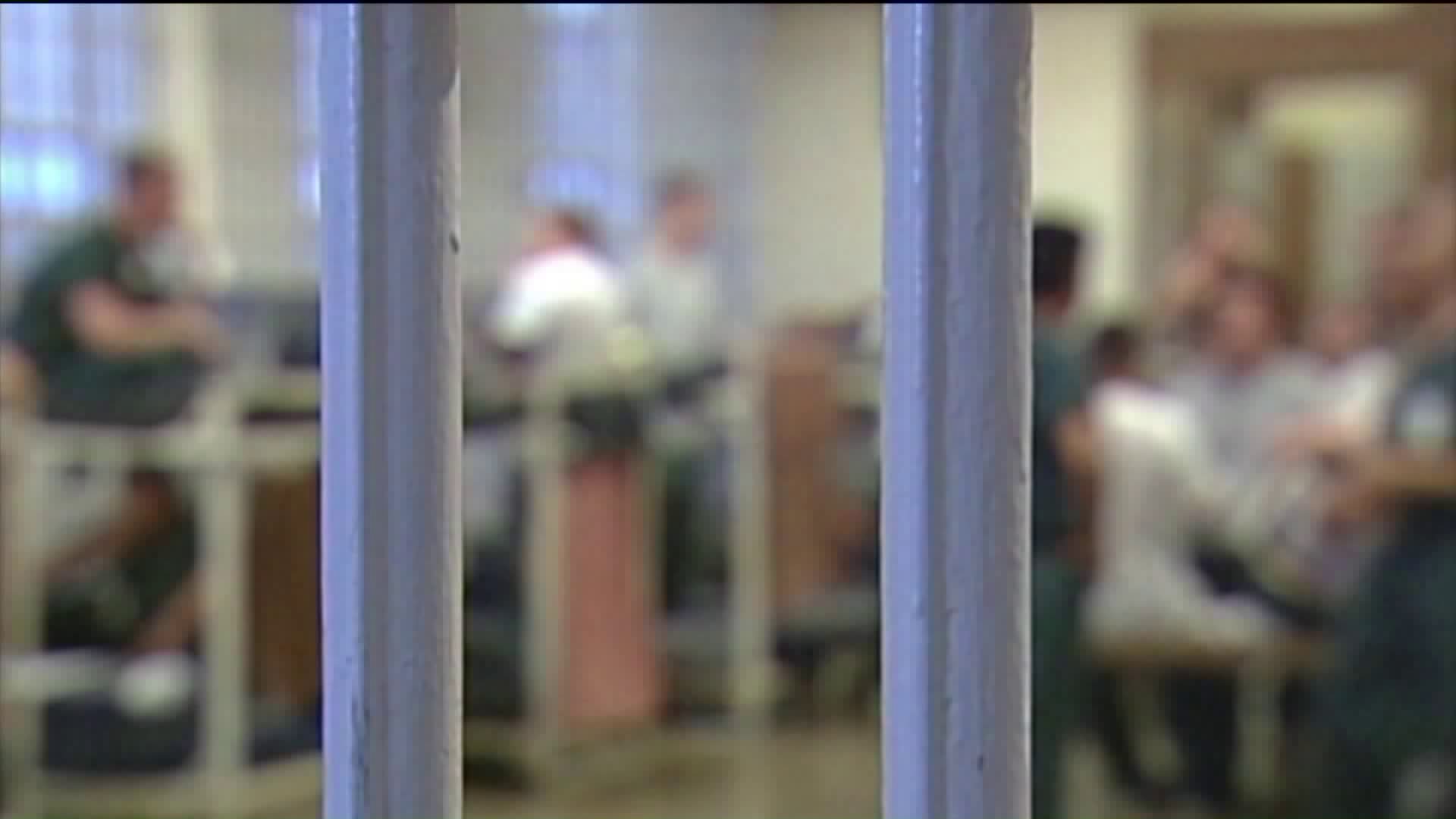 The unions representing nearly 12,000 people who work for the DOC shared their thoughts.

NEW YORK — The Correction Officer's Benevolent Association and two other unions say they're worried following the mayor's announcement of a plan to shut down Rikers Island in 10 years.

"When are we going to get safer jails?" asked Elias Husamudeen, president of the COBA.

The union brass said there has been an 18 percent increase in slashings and stabbings at the troubled facility this year and would like the Department of Corrections and Mayor Bill de Blasio to focus on fixing the deep-seated violence rather than look a decade down the road.

The plan to shutter the island was announced last week bbyde Blasio and City Council Speaker Melissa Mark-Viverito, who were at odds for years on the topic.

Last February, the mayor described the speaker's plan to close Rikers as a "noble idea," but one that would cost the city billions of dollars.

Yet his newly revealed plan, the mayor says, wasn't a matter of changing one's mind, but issued a clarification to PIX11.

"I have always thought it would be ideal," de Blasio said on the PIX11 Morning News Tuesday. "But I wasn't going to tell people if we could not honestly do it."

The mayor said what really pushed him over the edge were the NYPD crime statistics, which show crime at an all-time low. Once that became a reality, it paved a way, in the mayor's eyes, to reduce the jail population from its current 9,000 inmates to 5,000 inmate in 10 years.

"If there is less crime, there are fewer people being arrested and fewer people going to jail," de Blasio said. "When we get to 5,000 inmates, that is when we don't need Rikers."

However, that means shutting down the island complex, the largest in the nation, and building jails in other boroughs. It will be up to the City Council to determine where those facilities will go. With that, comes fewer Correction Officers, which the union takes issue with.

"Since there will be less crime, we might as well eliminate two-thirds of our police precincts, as well," Husamudeen said.

Union leaders said their main issue is that the plan lacks specifics on how to deal with violence right now. According to the union, 652 officers were injured in 2016 — a number, they say, that will go up this year.

The unions said they have a plan to fix the jail that won't cost billions, but will hold off on presenting it for the time being. When asked why, they did not give a reason, besides saying they want to perfect the plan before making it public.

Still, Commissioner Joseph Ponte’s reforms continue to drive down violence across the department.

Commissioner Joseph Ponte’s reforms continue to drive down violence across the department, according to DOC spokesman Peter Thorne.

"All this occurred even as we reduced the number of individuals serving punitive segregation sentences by creating alternatives for managing those prone to violent behavior," Thorne said in a statement.

"Violence rose steadily during the years that the department punitively segregated many more individuals, including our youngest inmates. We are proud of our punitive segregation reforms, which place us at the forefront of correctional reform around the nation," Thorne added.