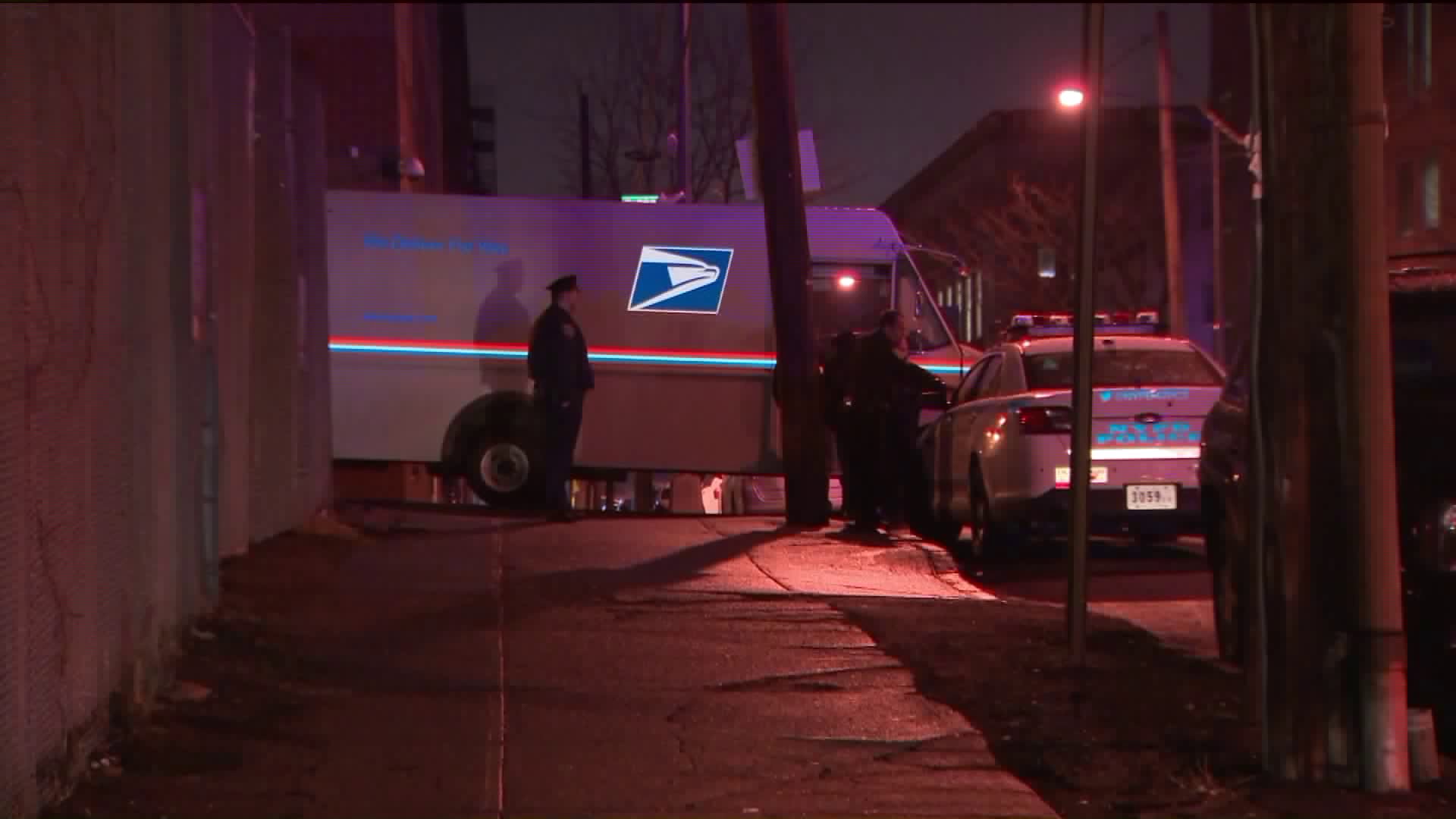 It happened just before 5 p.m. at East 237th Street and Carpenter Avenue in the the Bronx.

THE BRONX — A postal worker was shot by a carjacking suspect in the Bronx Tuesday afternoon, police sources say.

It happened just before 5 p.m. at East 237th Street and Carpenter Avenue in the Bronx.

Police sources tell PIX11 that the suspect, later identified as 27-year-old Clarence Brooks, approached an off-duty postal worker in a blue Honda at gunpoint and demanded his vehicle. The suspect then tried driving off, but another postal worker saw what was happening and used a USPS truck to block the way.

The suspect fired shots through the windshield, striking the postal worker in his arm, police sources say.

Brooks drove away and collided with another car. He got out of the Honda and carjacked a woman in a Pathfinder at gunpoint. The suspect drove off in her car, striking another vehicle. When he couldn't get out, police sources say he fired several rounds, shattering the window and climbs out.

Police heard the gunshots and chased the suspect, taking Brooks into custody.

Brooks was later taken for a psych evaluation. No word on the charges yet.