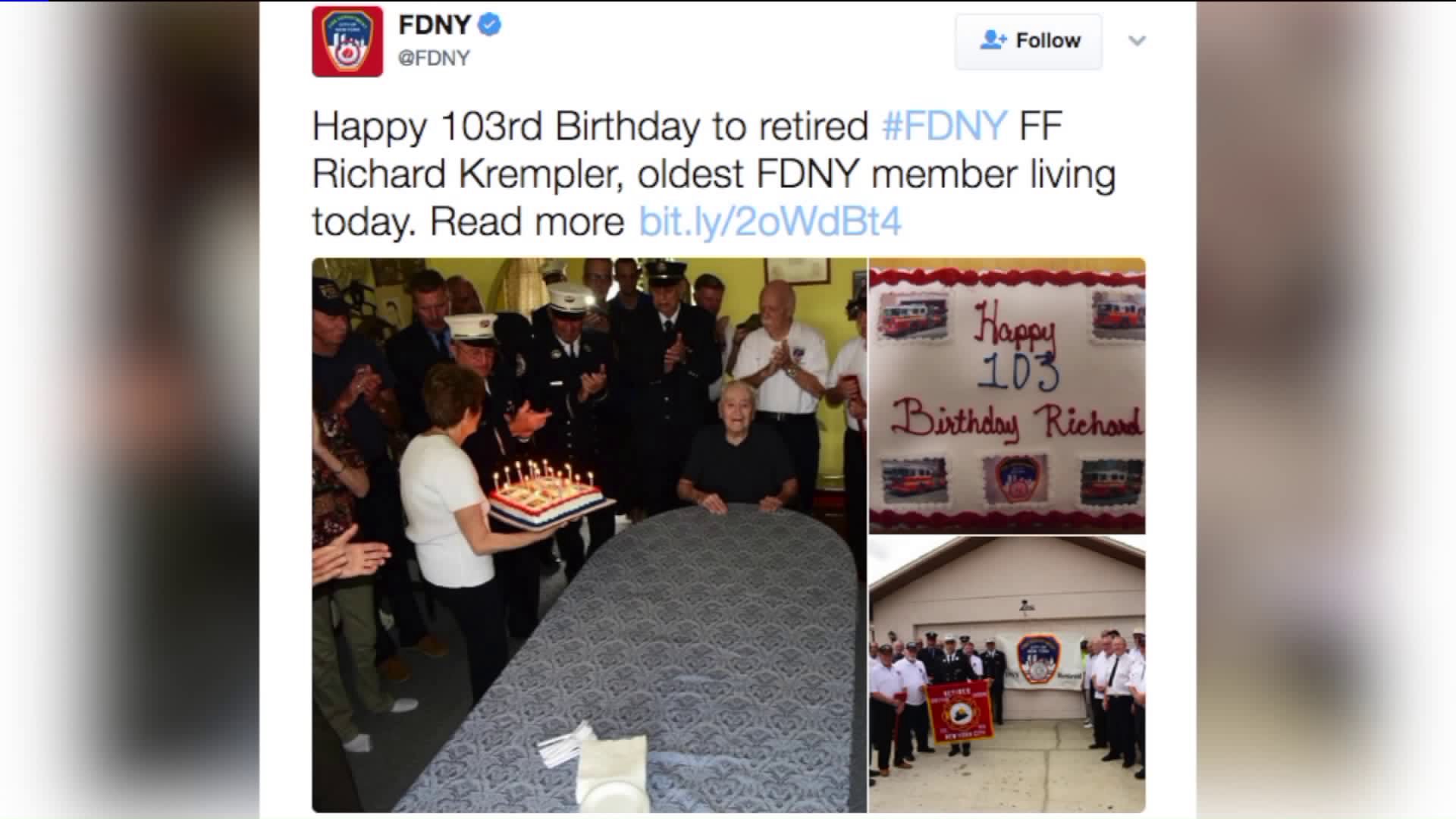 Retired FDNY firefighter Richard Krempler was a member of the department from 1937 to 1958.

NEW YORK — The FDNY is celebrating the birthday of their oldest living firefighter.

Krempler celebrated his birthday in Florida with his loved ones and fellow firefighters.

He was even given a big cake with pictures of FDNY trucks and their emblem.

Firefighters from around the world commented on the FDNY's post with their birthday wishes and thanks.