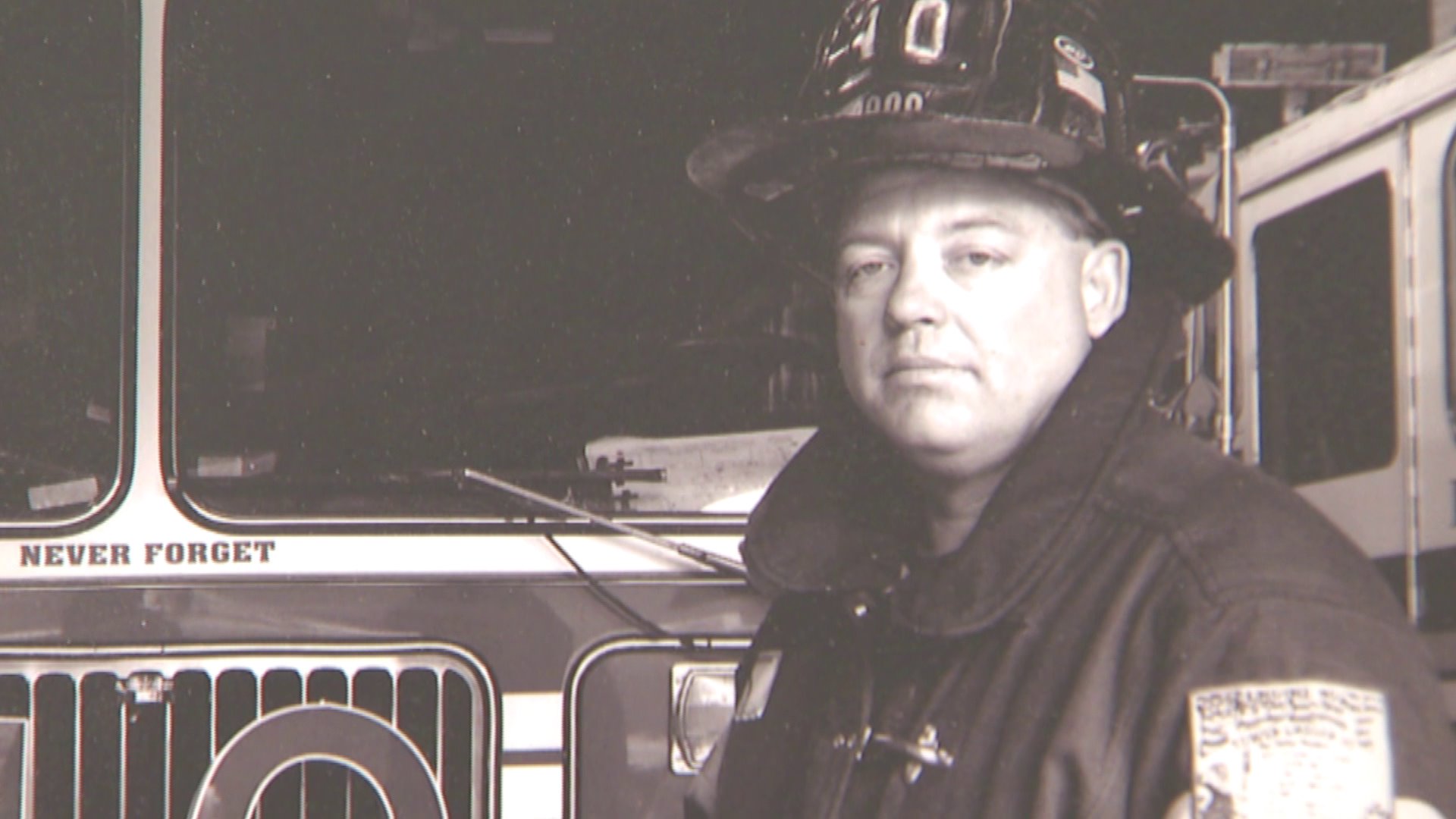 HICKSVILLE, N.Y. — Ray Pfeifer needed a wheelchair to get around his Hicksville home when PIX11 visited the retired Bronx firefighter there recently. He used a motorized seat to get up the stairs to his second floor bedroom.

“I am in hospice care now, for terminal cancer,” Pfeifer told PIX11 matter of factly. “I have brain cancer, cancer in my nodules, my lungs and my adrenal glands.”

But the 59-year-old father of two is not too tired to go another round in a battle he feels strongly about: the fight to get his name on the FDNY’s main Wall of Honor, once he succumbs to his disease.

It’s recognition that hasn’t been afforded to more than 140, other FDNY personnel who died from 9/11-related illnesses, in the years after the terror attacks.

The FDNY has created a separate Wall of Honor for the men and women who responded to the catastrophe at the World Trade Center on September 11, 2001, and later died, because of the toxins they were exposed to.

“We should be on the wall which started in 1865,” Pfeifer said, referring to the main wall, which already contains the names of 343 FDNY members of the service who perished on September 11, 2001.

“I feel that I’m being poisoned, and I’m dying, every single day, because of terrorism,” Pfeifer said.

Joe Donovan, who retired from the FDNY many years ago, has led the call to have the fire personnel who die from 9/11-related illnesses honored on the same wall as the firefighters recognized in traditional, line of duty deaths.

“They wouldn’t have these diseases, if they weren’t down there,” Donovan said.

Donovan sent a letter in February to every firehouse and fire union in the city. He had already sent a letter to FDNY Commissioner, Daniel Nigro, when Nigro was appointed to the top position in the department in 2013.

Nigro lost one of his best friends, Chief of Department, Peter Ganci, in the Twin Towers disaster. A day later, on Sept. 12, 2001, Nigro was appointed Chief of Department for the FDNY and took over all recovery operations at “Ground Zero.”

After retiring, he returned to the FDNY to serve as Commissioner in 2013.

When PIX11 first made inquiries with the FDNY about the Wall of Honor on Friday, March 23, we heard the Commissioner was putting out a message about the issue.

He had already improved notifications, when firefighters succumbed to post 9/11 diseases, by releasing photos of the deceased FDNY personnel.

Joe Donovan wanted a special signal, 5-5-5-5, to be transmitted when the firefighters passed away. This is usually reserved for traditional, line of duty deaths.

Commissioner Nigro said in the letter , “I would respectfully disagree with those who may believe that our members are treated differently than ‘all of the other first responders.’

Later in the message, the Commissioner pointed out, “I have attended, along with Chief of Department Leonard and the majority of our Staff, each and every World Trade Center funeral, and each and every plaque dedication.”

Ray Pfeifer received a key to the city, after successfully leading a fight to get the Zadroga Act passed in Washington, D.C. for 9/11 first responders.

His friend, John Feal—who founded the Fealgood Foundation—wants Ray to get his due.

“Don’t come up to someone and call them a hero,” Feal said, “if you’re not going to honor them all the way.”

And despite his grim prognosis, Ray Pfeifer considers himself fortunate that he got to watch his children grow up, these last 15-plus years.