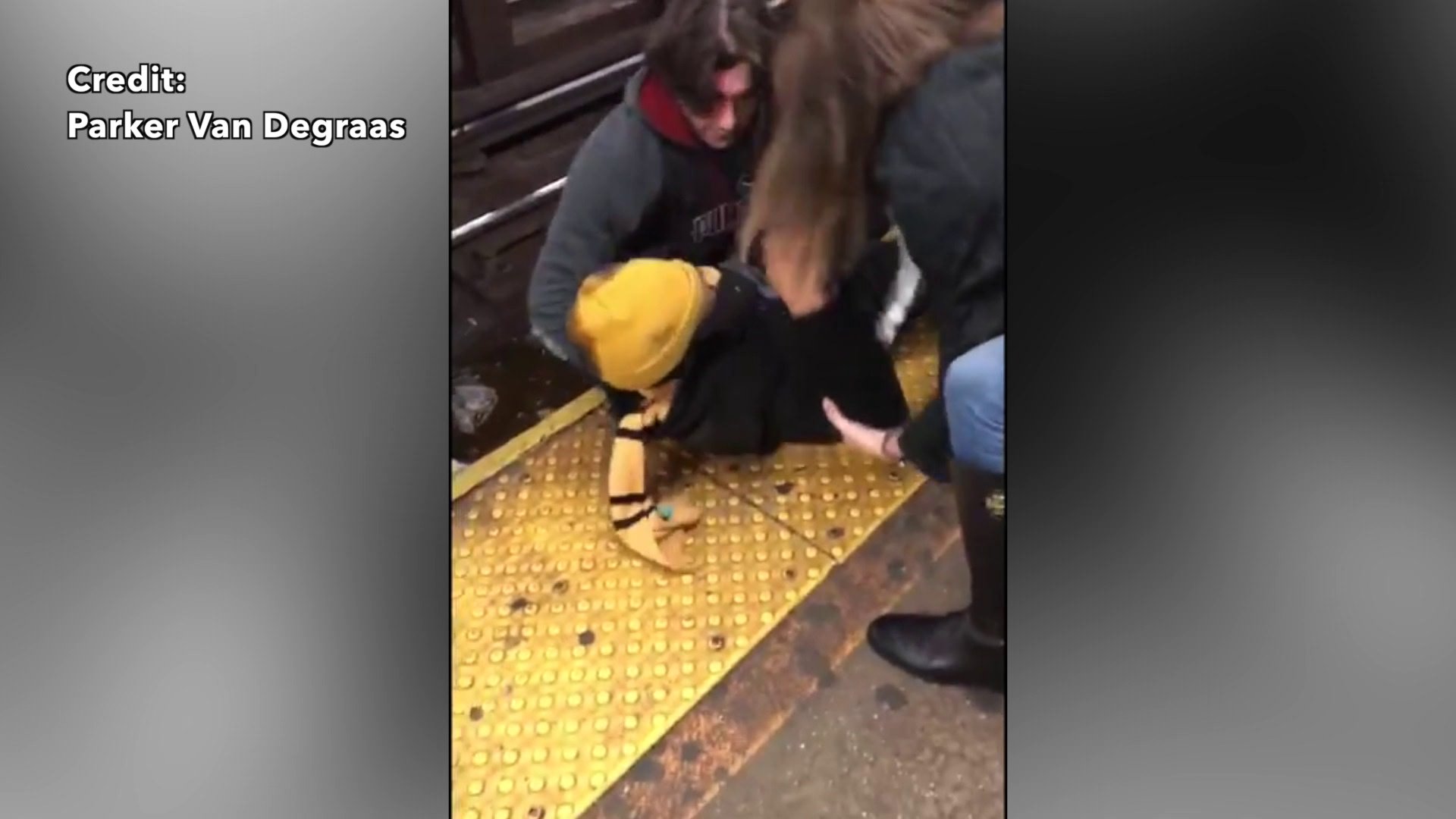 He was on the opposite side of the Third Avenue L train stop but he jumped onto the subway tracks.

NEW YORK — A young man is alive because a fellow New Yorker jumped onto the subway tracks to save him.

Jonathan Kulig, 29, was on his way to work Saturday night and had just gotten off the L train at 3rd Avenue when he noticed something out of the corner of his eye.

A person had fallen onto the subway tracks.

"I realized it was a person and I hear the announcement come on, that the train is going to be arriving in a minute or 2 minutes, short amount of time," Kulig said.

He was on the opposite side of the Third Avenue L train stop but he jumped onto the subway tracks.

He quickly, but carefully, made his way from one side to the other, avoiding the 3rd rails. Within seconds he picked up the young man and hoisted him onto the platform.

Kulig didn't hesitate, because it turns out he knew where to go.

"I just so happened to have taken track safety training with Metro North railroad about month and a half ago for a project most people don't do," he said.

Kulig is an engineering supervisor at Con Edison. His office is just a block from the subway stop.

He was in the exact right place at the right time. He normally doesn't work on Saturday, but was going into work to do a special project.

"I kinda just feel like I did what I was supposed to do. I would do it again," he said.

The Queens resident, being extremely modest, did something many people couldn't or wouldn't do. And because of that he likely saved a life.

Moments after they were both safely on the platform, an L train barreled into the station.

Kulig never found out who the young man was, as an ambulance came and took him away.