More than 200 dead, many missing in Colombia mudslides 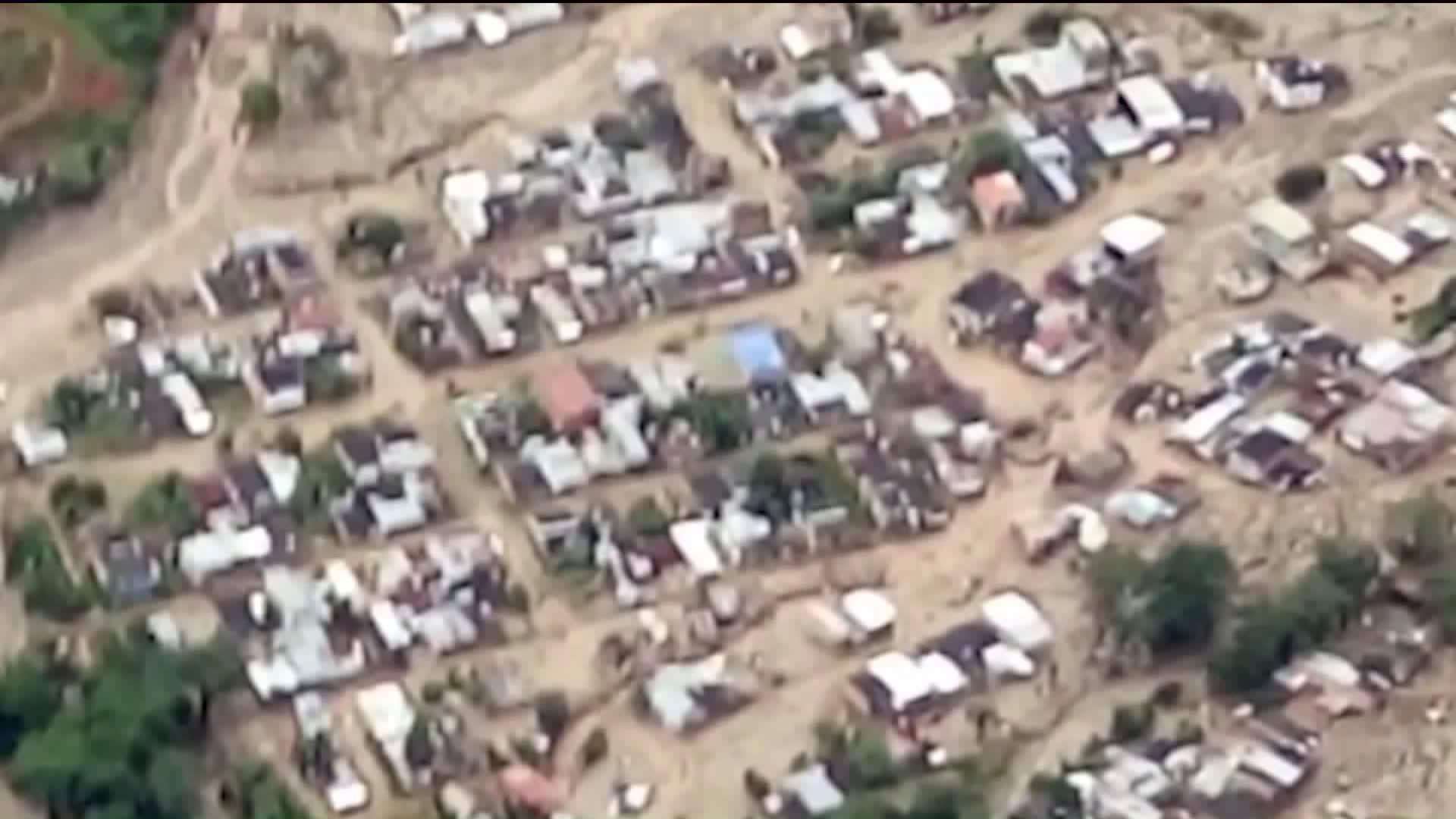 More than 250 people were killed in mudslides in Colombia.

Rescuers in southern Colombia were scrambling Sunday to reach more than 100 people who are missing after devastating mudslides tore through entire communities.

Reports of the exact number of those killed in the rugged, remote area vary. The Colombian military said at least 254 are dead and around 400 more injured. The Red Cross reports 234 deaths and said that 158 people were missing. A police officer was among the victims, federal officials said.

President Juan Manuel Santos has declared a state of emergency. Santos put the death toll at 254 but told reporters at the scene that the number could climb.

"The first thing I want to say is that my heart, our hearts, the hearts of all Colombians are with the victims of this tragedy," he said.

Santos said 43 children were among the dead, and 22 more were hospitalized. Several children have been reunited with their parents; many children are in shelters, he said.

"There are still many missing people. We don't know where they are. That's why the system is still trying to locate them and will continue to do so until we find the last person."

Authorities have identified about 170 of the dead, according to the president.

"Here we are facing a disaster caused by nature, by climate change," Santos said earlier. He added that the region received nearly 500 millimeters of rain in March, which he said is about 80% more than the usual amount for the month.

Running for their lives

Aerial footage of the site showed some rooftops poking above the muddy deluge that flattened other homes, bridges and highways.

Power and water supplies to Mocoa have been cut by the disaster, and the hospital system has shut down, firefighters say.

Gabriel Umaña, a spokesman for the Colombian Red Cross, told CNN that 300 families had been displaced and more than two dozen homes had been flattened.

Many were sound asleep when the river of mud hit their neighborhoods, and witnesses said the sludge flowed so fast that they had to run for their lives.

"Around 11, 12 o'clock (on Friday), there was a huge storm, a lot of water. I got up because it sounded so heavy, the sound of the rocks. Everyone (was shocked)," one man at the site said, Reuters reported.

Another wearing yellow rubber boots stood on some rocks as a river of mud streamed by.

"Nobody has given me news. Nobody, nobody. No one from my house or my family. I am at the will of my God. I have nothing. Nothing to eat, nowhere to sleep. These clothes were given to me," he said.

Residents congregated outside a family welfare center pored over a list of missing people. One listed only children, some as young as 2.

"We have lost a baby, who has gone missing, and the rest is as you can see. A little baby, we can't find him anywhere," said one woman, wiping away tears.

President Santos personally comforted Marcelo Garreta, who said he could see dead bodies being carried away by floodwaters but was powerless to help.

"We couldn't help anybody, because if we tried we would've been washed away as well. I saw light poles washed away by the floodwaters. This is a great tragedy," Garreta said.

The Colombian National Police identified the officer killed in the mudslides as Deciderio Ospina Otavo. He was caught in a mudslide as he tried to rescue a family early Saturday, authorities said.

"Once again, our institution is in mourning by the sad departure of our hero," the department said in a statement.

"Our condolences to the family, friends and colleagues of this young Colombian, who chose serving his country as a career, fulfilled his duty to give his own life to save others if necessary and honored his homeland," police said.

Simón Uribe, a filmmaker living in the area, told CNN the mudslide wreaked havoc on Mocoa's "many irregular settlements."

"Mocoa is an a very mountainous region surrounded by rivers," Uribe said. "We were staying at a house near one of those rivers and, in a matter of minutes, we started to see cars being washed away, motorcycles and chunks of houses."

Uribe and those in the house with him retreated to the second floor as floodwaters rushed in, but they were eventually forced to evacuate.

"It was chaos with people running in all different directions, trying to get out of their houses and climbing on top of roofs. We were in that critical situation for about two hours."

When he returned to the house, Uribe said, "a good portion of it was destroyed and mud was about 1.5 meters high."

"Those neighborhoods located uphill are the hardest hit.This is complete catastrophe," Delgado said. "People would run. They were desperate. They started pulling bodies around three in the morning from those mounds of mud there."

Some appear to have escaped with only their lives.

"I was left with nothing, but my two children," Lourdes Gutiérrez told CNN. "Everything is truly finished."

More than 1,000 soldiers and national police officers are involved in the ongoing rescue effort, and they are facing enormous challenges.

"The difficulties we are facing are that it is still raining in the region and the (mudslide) turned up a considerable amount of land. There are mobility issues on almost 80% of the roads, and where the road ends, it is three hours to the place where the (mudslide) took place," a police spokesman told reporters.

President Santos said Sunday that 10 mobile water tanks were in place and 16 more were on the way to Mocoa, as well as water purification systems. He added that a local hospital was back in operation and medical supplies had been flown in.

Colombia is no stranger to mudslides.

In 2015, torrential rains in northwest Colombia caused a mudslide that killed more than 80 people.