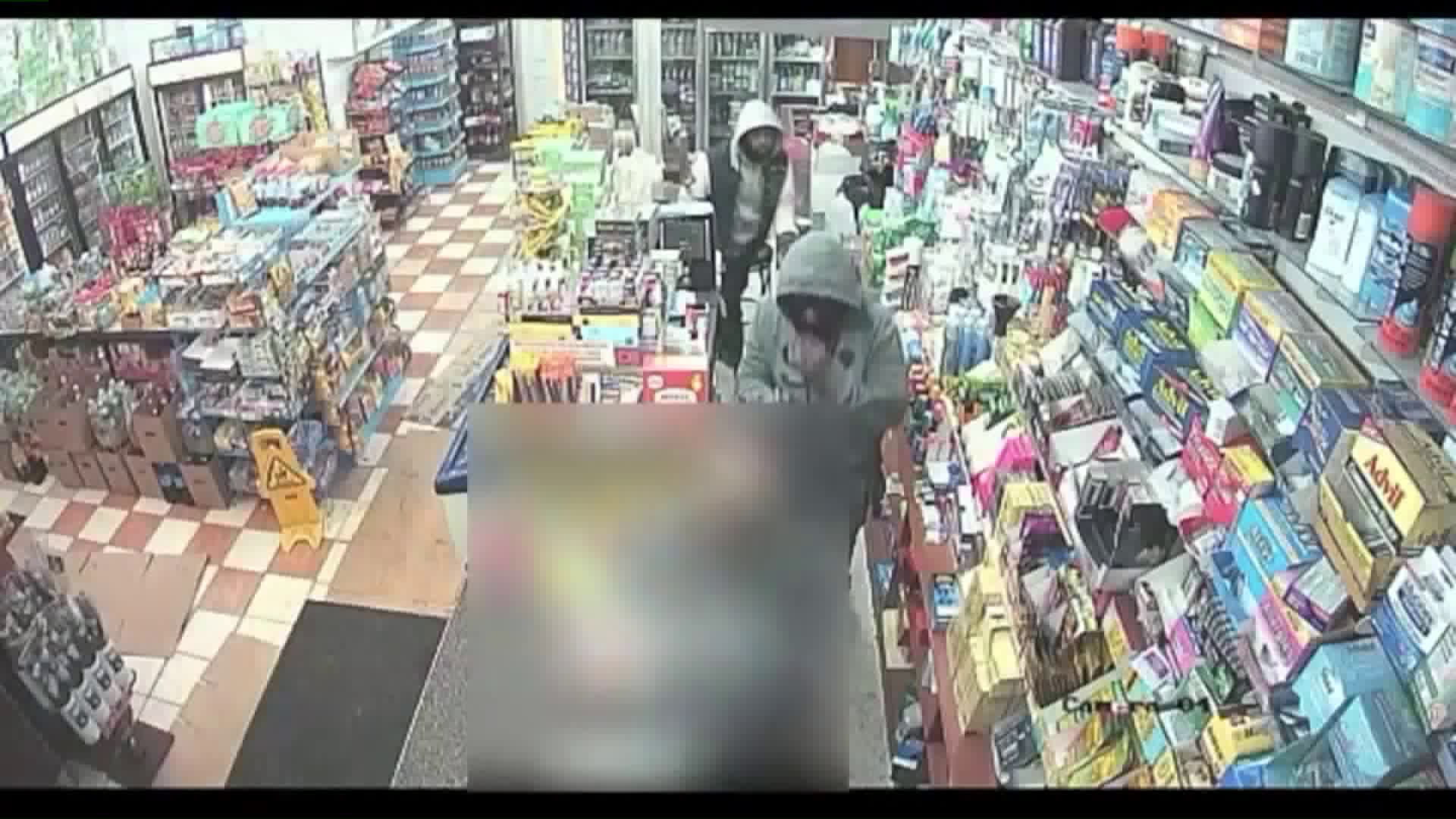 Police are searching for two men accused of robbing a bodega in the Bronx.

The two men were caught on camera late Friday as they walked into 33rd Convenience Store in the Wakefield section of the Bronx, police said. Both men walked behind the counter.

One pulled out a silver firearm and demanded money from the clerk at the register, police said. The employee handed over his wallet and cellphone.

The second culprit removed cash from the register, surveillance footage shows. Both men fled together in a dark vehicle left double-parked outside the bodega.

No one was injured during the incident.

Police have asked for help identifying the two men. The first man was was last seen wearing a black mask, a gray hooded sweatshirt and gray sweat pants. He was in possession of a silver firearm. The second man had a beard and was last seen wearing dark jacket with white sleeves, a light colored hooded sweatshirt, black pants with white striped on the sides and black shoes.