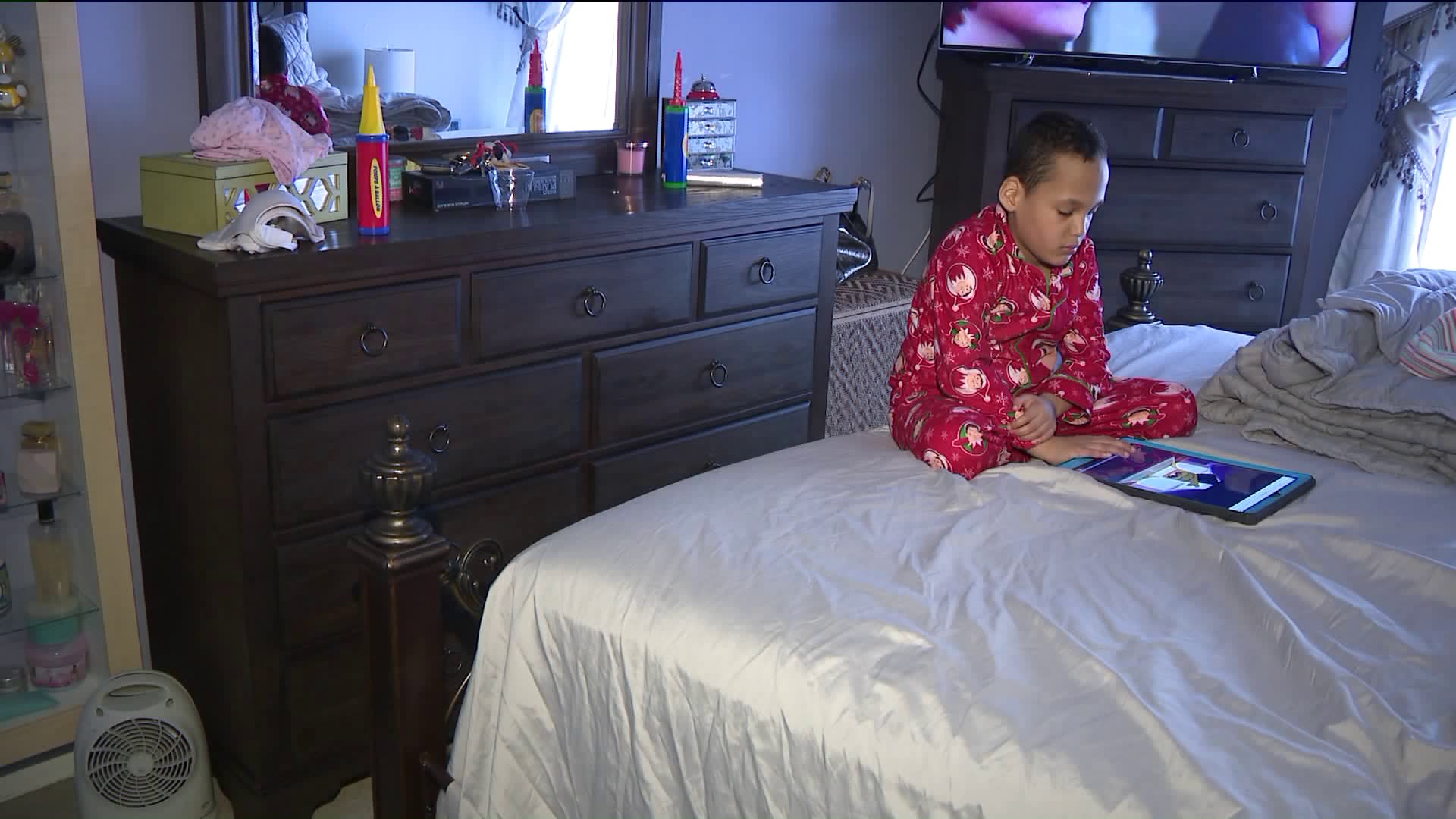 Police are searching for two men in connection with a violent robbery in the Bronx.

BELMONT, The Bronx — Police are looking for two gunmen they say tied up a child with autism and pistol whipped his 66-year old babysitter before robbing a Bronx home Thursday afternoon.

"I feel happy," 7-year old Caleb said Saturday, just two days after he was tied up with his own shoelace.

His mother, Lori Gonzalez is upset, scared and still in shock.

"They went to another level of sleaze," Gonzalez said.

"I'm just mad because just to do this to a little boy who has problems and my neighbor, he helps everyone out and he is an elderly man."

Surveillance cameras inside of the elevator and lobby of the building on East 181st street capture the thugs moments before the attack and robbery, and, as they were leaving.

"I brought him upstairs from the school bus, it's a routine thing," said Robert Ross, who still had a gash on his head Saturday.

He lives in the building too and was babysitting Caleb that afternoon.

"I opened the door and got ambushed."

Once inside, the gunmen broke down the bedroom door, ransacked the drawers and closet, according to Ross.

They got away with a safe which had 5-thousand dollars inside that Gonzalez had from the cell-phone business she owns.

And they also took a jewelry box - which Gonzalez says had priceless things in it, including pictures.

"I don't care about the money I just want his stuff back, she said.

"I feel violated, I'm definitely moving out of this neighborhood."