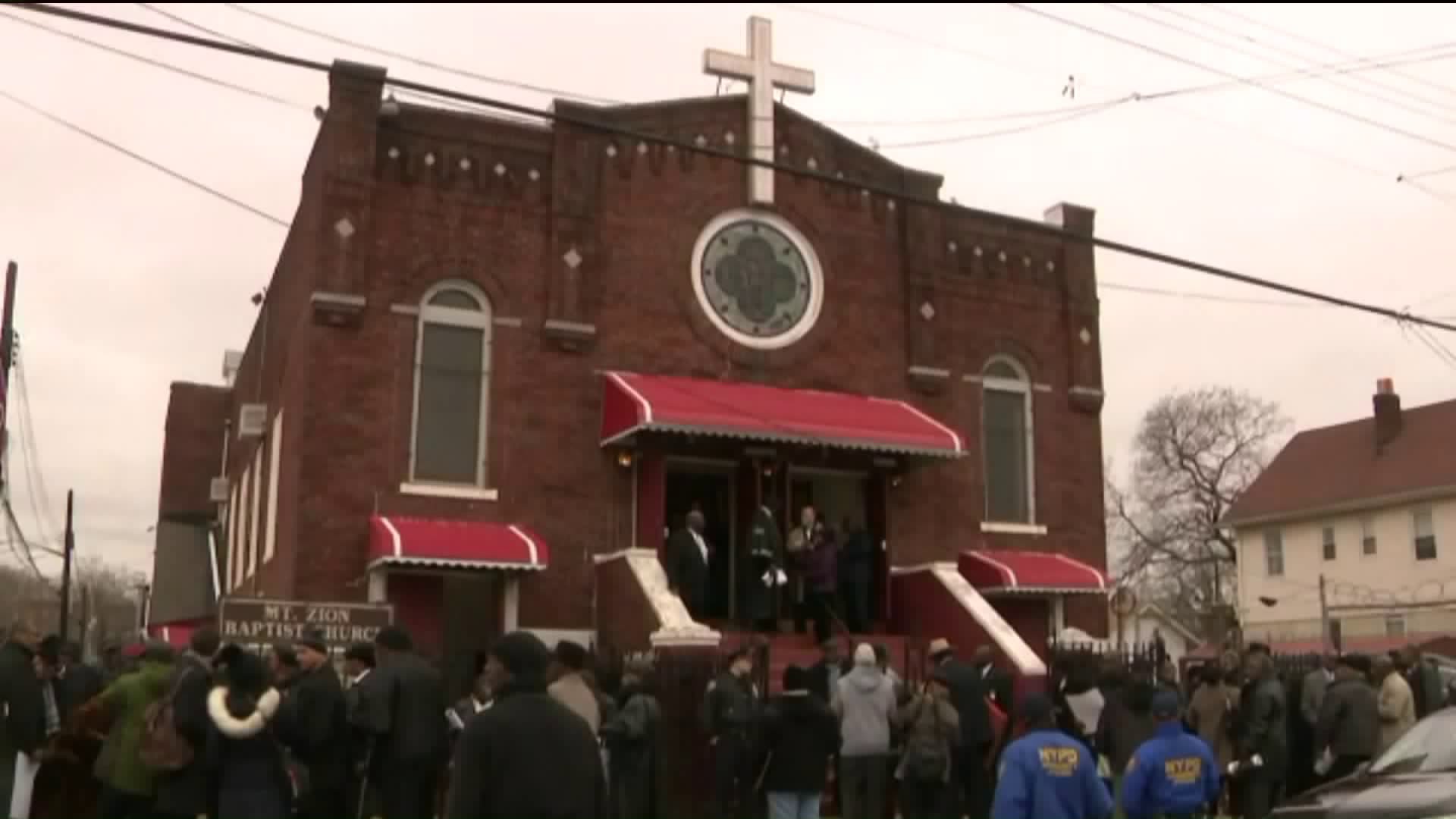 Loved ones of Timothy Caughman hope his violent death will motivate others to fight hate and racism.

JAMAICA, Queens — Loved ones who gathered for a funeral Saturday in Queens honoring a man prosecutors say was killed by a stranger in a racially motivated attack, remembered him as a generous person, and hoped his violent death will motivate others to fight hate and racism.

Timothy Caughman, 66, was collecting bottles on March 20 when police say James Harris Jackson stabbed him in the chest and back.

Caughman, known to his neighbors as “Big Tim” and “The Can Man,” was able to make his way to a police precinct that day, but later died at a hospital.

Hundreds gathered at Mount Zion Baptist Church Saturday morning, and shared stories of Caughman, describing him as a kind person who always reached out to others.

“He never met a stranger because any person he saw in the street he would talk to,” said Caughman's second cousin, Khadijah Peek.

In addition to his "lively, exuberant" personality, Peek described Caughman as a true example of an American.

"When you think of somebody who is an American, he wanted to learn more about democracy, he wanted to educate himself, he cared about people, people he never met," she told reporters following the funeral. "He leaves behind a very virtuous, and positive and optimistic legacy."

Caughman's accused killer traveled from Baltimore to the media capital of the world in order to kill black men and make a statement, according to District Attorney Cyrus Vance Jr.

“James Jackson prowled the streets of New York for three days in search of a black person to assassinate in order to launch a campaign of terrorism against our Manhattan community and the values we celebrate,” Vance said.

It was a tragic for Caughman to die "in such a hateful way," Peek says, and she hopes people will learn from what happened to him.

"We have to fight that hate. We have to acknowledge that there is racism and there are hate crimes that happen in the world, and figure out what the cause of that is. … It starts with a conversation. A real, honest conversation," Peek said.

Jackson remains in custody, and faces a slew of charges, including one count each of murder in the first and second degrees as an act of terrorism.