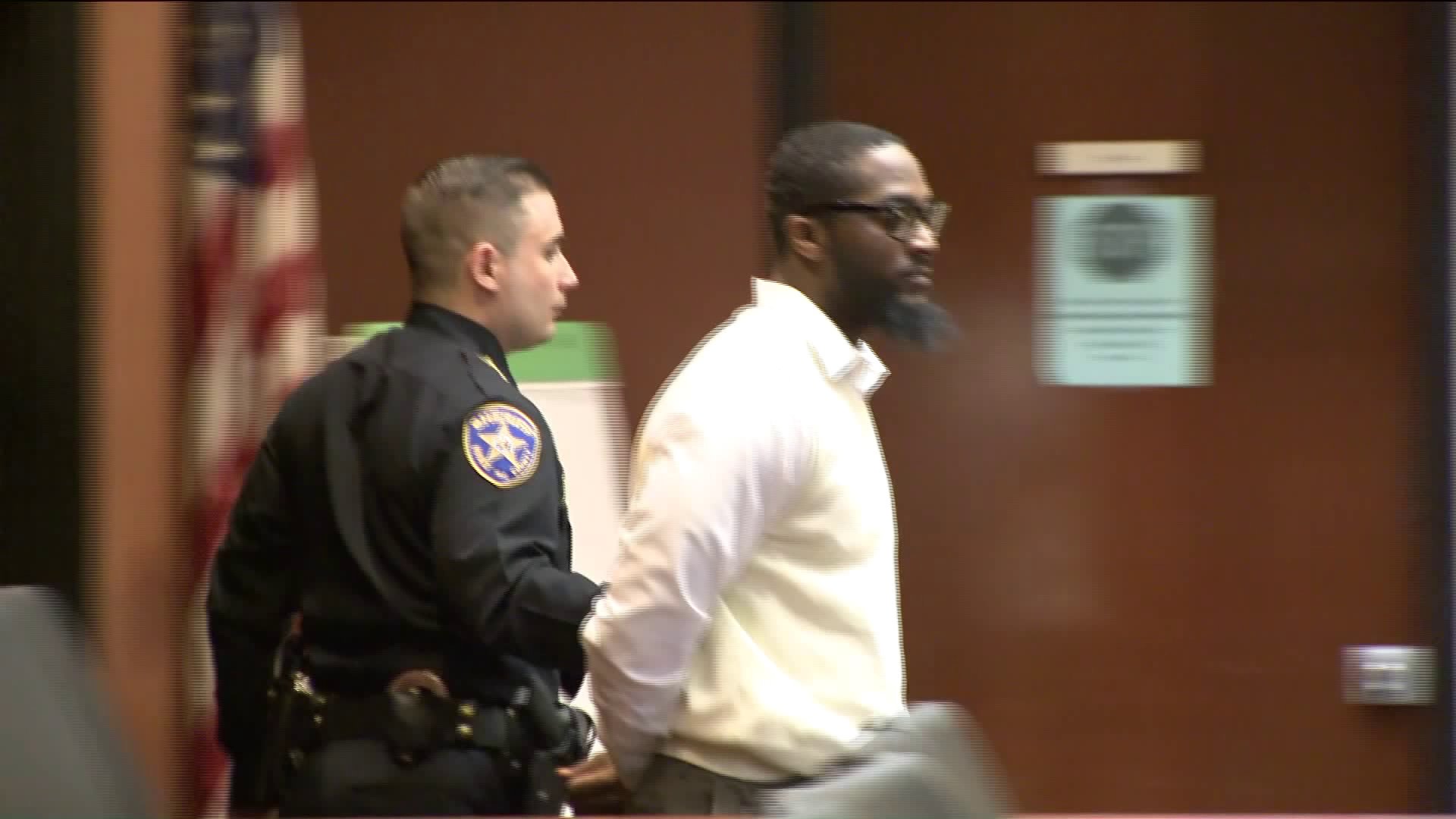 Basim Henry stood and watched Friday as the guilty verdict on all counts was delivered.

NEWARK, N.J. — A jury has convicted a man of murder in the first trial stemming from a carjacking at an upscale New Jersey mall in which a man was gunned down in front of his wife for their Range Rover.

Prosecutors say Henry was among four men involved in the December 2013 carjacking and fatal shooting of Dustin Friedland at The Mall At Short Hills in Millburn. They say Henry served as the getaway driver.

Basim Henry, right, was convicted in the 2013 killing of Dustin Friedland, pictured at left with his wife who witnessed her husband's death, during a carjacking at The Mall at Short Hills in Newark, New Jersey.

Friedland's wife had testified about the shooting and described seeing her husband.

The defense had argued that Henry wasn't responsible for the shooter's actions.

But prosecutors said Henry "knew force was necessary" to get the vehicle.