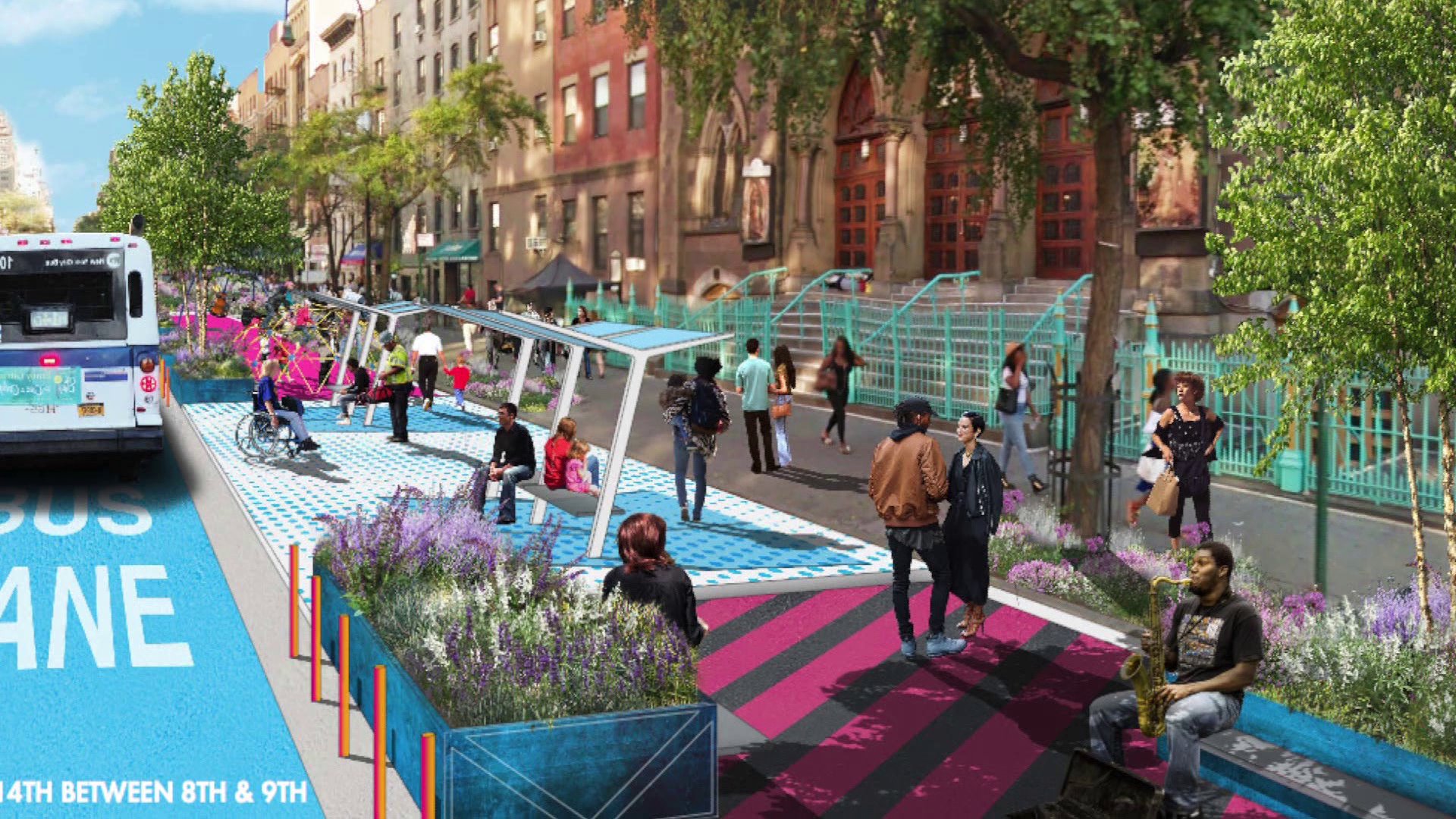 No final decisions have been made. MTA and NYC Department of Transportation officials are reviewing ideas from community meetings. A popular idea is creating a bus and pedestrian route along some sections of 14th Street in Manhattan.

It's two years away.

Official plans to deal with traffic and transportation are being made right now.

The L train will be shut down between Brooklyn and Manhattan (and won't run in Manhattan) beginning in April 2019. The MTA has a major project planned in the Canarsie Tunnel under the East River. It was damaged during Hurricane Sandy.

The agency and city are meeting to finalize plans and the timeline has an announcement later in the spring. There have been community meetings. Plans for bus routes, redesigns and lane closures are being considered.

Could there be a dedicated bus lane across the Williamsburg Bridge?

Transportation Alternatives announced a winner of its design competition this week. Those advocates say shovels need to be in the ground by next year.

Cricket Day and his friends created a 14th street corridor for buses, pedestrians and bikes. It has areas for deliveries and greenery.

Transportation Alternatives supports a 14th Street "PeopleWay" which removes cars along the street.

NYC Transportation officials have said all types of ideas are being considered, including closing a portion of 14th Street to cars. Train service will be increased on the M and G lines and shuttle buses will be used.

The effect on vehicle traffic in the surrounding areas is also being taken into account by officials.

MTA Board Members are expected to vote on Monday to shorten the timeline of the project to 15 months and provide incentives and monetary penalties to the contractor.

This is the map released by the MTA during initial presentations in 2016.