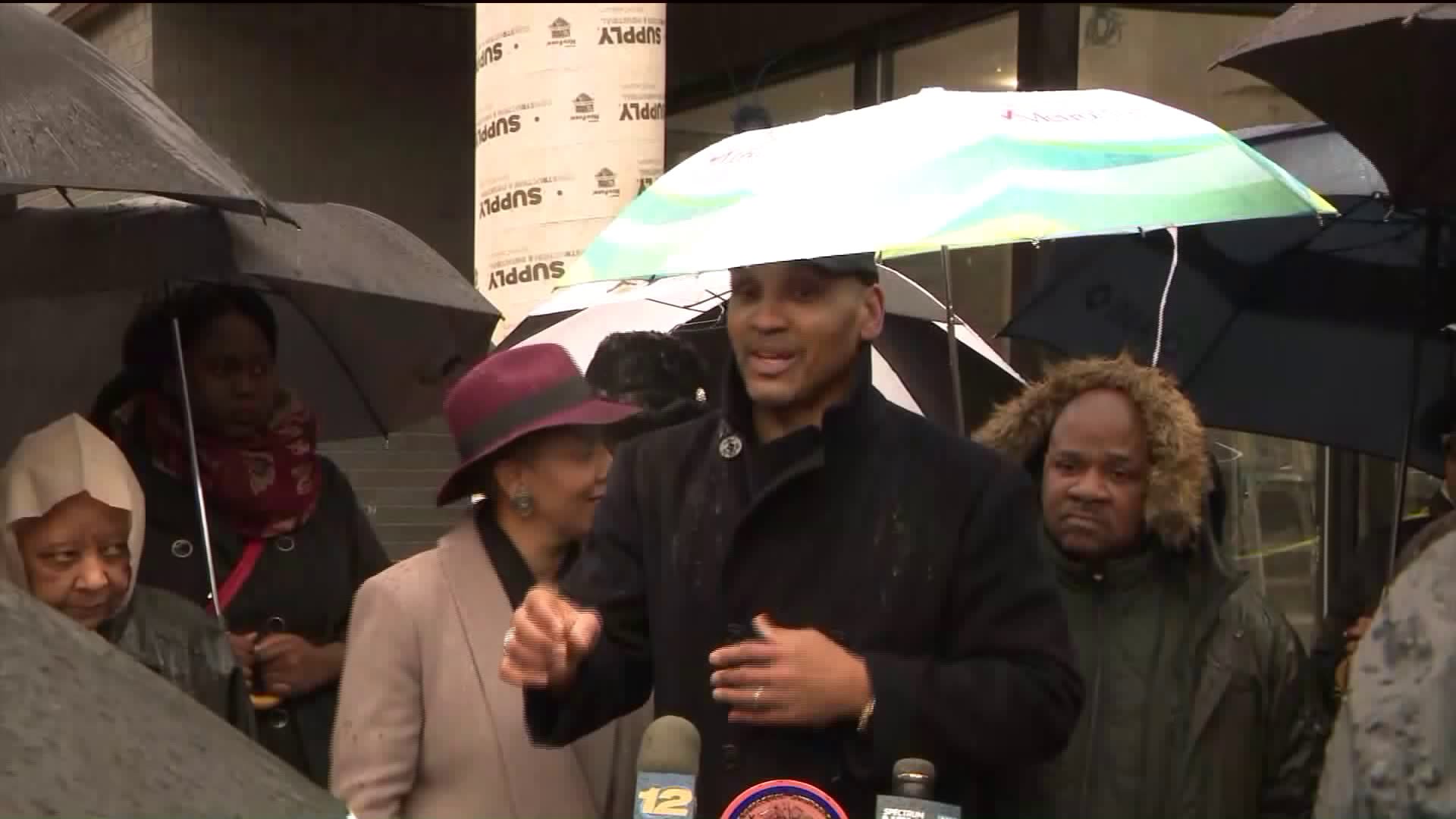 Residents are outraged by the proposal.

CROWN HEIGHTS, Brooklyn — Residents in Crown Heights who are frustrated over a proposed homeless shelter being forced into their neighborhood are turning against Mayor Bill de Blasio during a pivotal point — election year.

"Hey if you really want to show leadership in helping the homeless, put a homeless shelter on the corner of your block in Park Slope," was Dion Ashman's message to de Blasio.

The raw frustration from Ashman is reflective of the community in Crown Heights, angry over the proposed homeless shelter suddenly popping up along Rodgers Avenue.

City Council Member Laurie Cumbo held a news conference in the middle of a downpour, frustrated at what she says was a bait and switch by the city from what initially was described as "market rate rentals" that have now morphed into newly constructed rooms to house the homeless, "The entire community was surprised that three shelters in the Crown Heights Community could just open up overnight without any community discussion, input or any real meaningful dialogue."

Cumbo also characterized the entire process to PIX11 News simply as, "I would say that this is not an example of good government."

Separately, residents who have lived in the neighborhood for nearly 50 years are already talking about a different kind of change, "Watch out Mayor de Blasio, this is an election year," said Dr. Yvonne Reid.

When asked if the Mayor has her vote? "As of right now I would say no and he had my vote last time around."

Dr. Reid was not alone.

Dion Ashman is the President of the Crown Street Block Association. He too is looking to check a different box come Election Day, "The Mayor knows what he is doing and what he is not doing... if he wants my vote? Well, he can't get my vote right now."

When PIX11 News asked Council member Cumbo if Mayor de Blasio realizes what is truly at stake in Crown Heights with constituents that voted for him in 2013?

Cumbo responded, "I think when we think about an issue such as the homeless crisis in our city, we have to put politics aside and we have to make the best decisions on behalf of all New Yorkers."

However, residents we spoke today and throughout our PIX 11 News extensive reporting crisis is that the homeless crisis is political and perhaps Mayor de Blasio's biggest Achilles' heel.