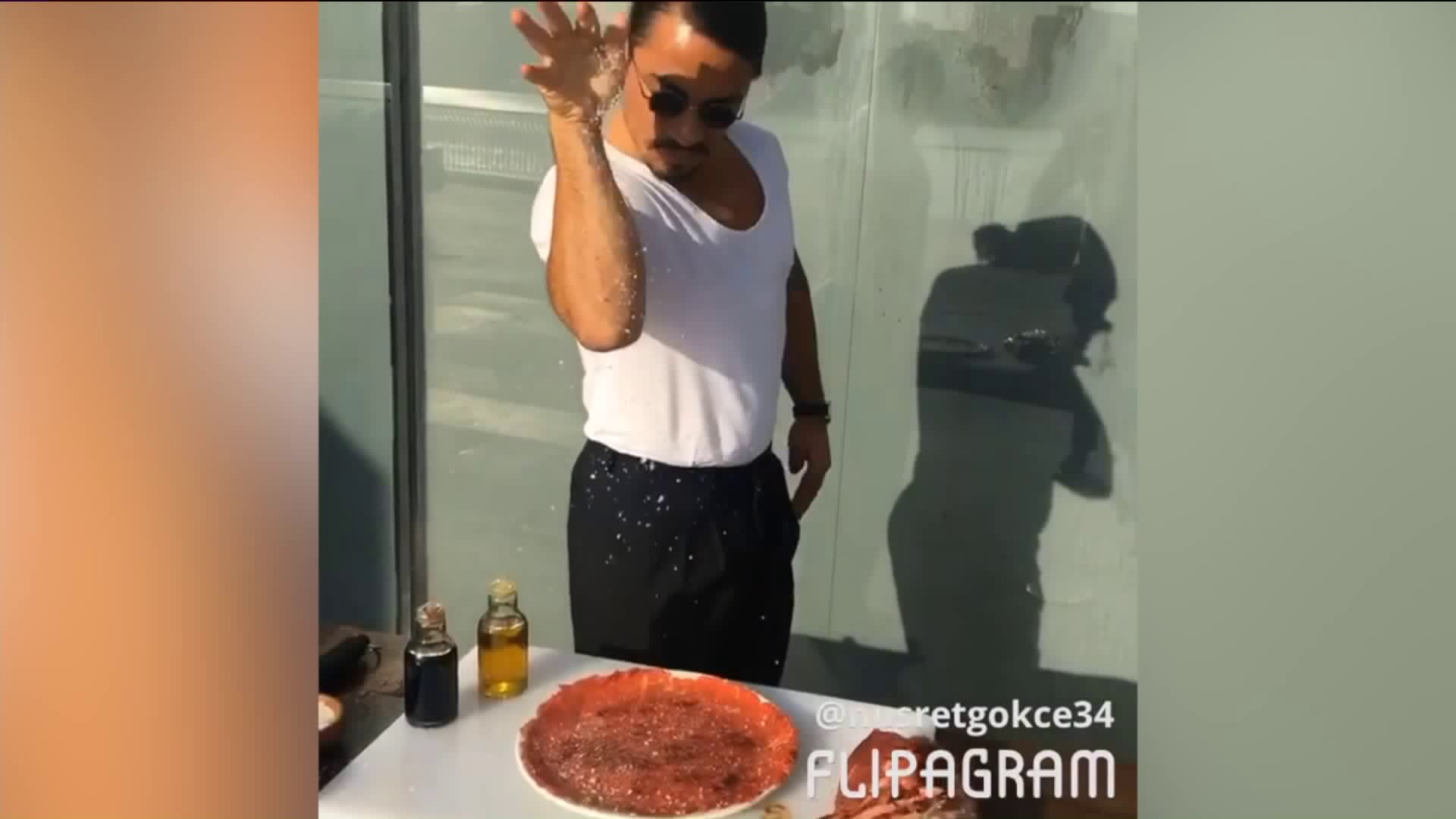 Salt Bae has been spotted in NYC and rumor is he`s looking to open a restaurant.

The global Instagram-famous sensation "Salt Bae" all started with one video.

The beginning seems simple, but the finish was unforgettable. And with a sparkling sprinkling of salt -- a star was born.

"Not only did that steak look incredible on that meat cutter but it was the way he sort of magically flicked his wrist," lifestyle expert Val Greenberg said.

The man, the legend, the chef is Nurset Gokce - now known on social media as Salt Bae.

"I'm actually really excited for this guy because he's got a little bit of magic and pizzaz," Greenberg said.

So how is the mysterious man who makes seasoning meat mesmerizing? Chef Salt Bae owns a chain of restaurants in Turkey, Dubai and Abu Dhabi. But most who love him have never even tasted his food.

"This is a guy who is going to be more successful with the reach he has through his Instagram posts," Greenberg said.

He inspired hilarious memes. Even Leonardo DiCaprio dined with the Don of Condiments making the Salt Bae sensation Hollywood official.

On Wednesday, the King of Salt himself was spotted in the city and fans were eager to snap pictures and share their Salt Bae selfies on social media. Word is - Salt Bae is eyeing the next outpost of his steakhouse in midtown at the Old China Grill location.