Rachel Dolezal on being ‘trans-black’ 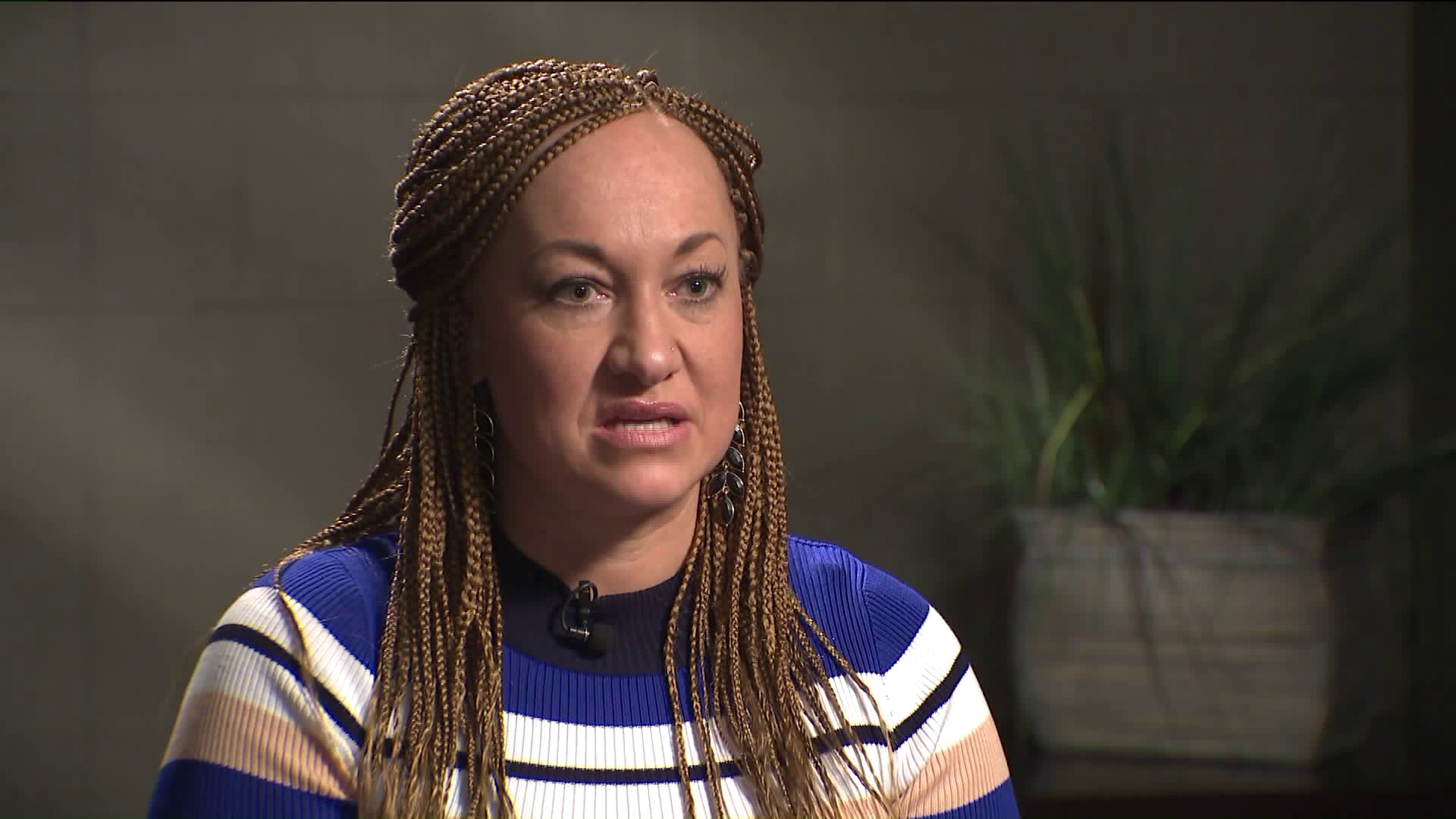 A white civil rights leader, fired because she led others to believe she was black, said she struggles to make a living these days because she was portrayed as a fraud.

NEW YORK — Race and social justice activist Rachel Dolezal was fired from the NAACP because she led others to believe she was black, though she was born to white parents.

That revelation two years ago thrust Dolezal, now 40, into the spotlight and sparked a national discussion on race.

“I was presented as a liar and a con and fraud,” she told PIX11 News in an interview Wednesday.

Dolezal hopes to close that chapter of her life with the book “In Full Color: Finding My Place in a Black and White World,” which is out now.

At the age of 4, Dolezal said she began to identify as black, finally accepting what she said is her true self at age 26.

“Race is not defined or understood. Race, culture and ethnicity get into one lump of conversation,” she said. “If a form provides multiple boxes, I’ll check white, native and black. That’s acknowledging how I was born, how I identify. If I select one only, I’ll select black.”

In her book, Dolezal recalls growing up as a white girl to white parents in a home isolated from society with no television.

“It wouldn’t have been too much of a stretch to call me an indentured servant,” she wrote.

Dolezal said her childhood was one without “fun,” characterized by labor. She said in a way, her parents charged her for her childhood.

Now, she said, she identifies as trans-black, a term she wishes people will embrace and accept.

Moving forward, she plans to go by her new name, Nkechi Amare Diallo, which she legally changed last year and is a West African moniker that means “gift from the gods.” That name change, she said, was inspired, in part, to give her a better chance of finding work.

Have there been reality TV offers? Yes.

However, “I will not exploit myself further,” Dolezal said.

“I’m not trying to make money off the identity thing. I want to feed my kids. I hope to sell books, at this point,” she said.