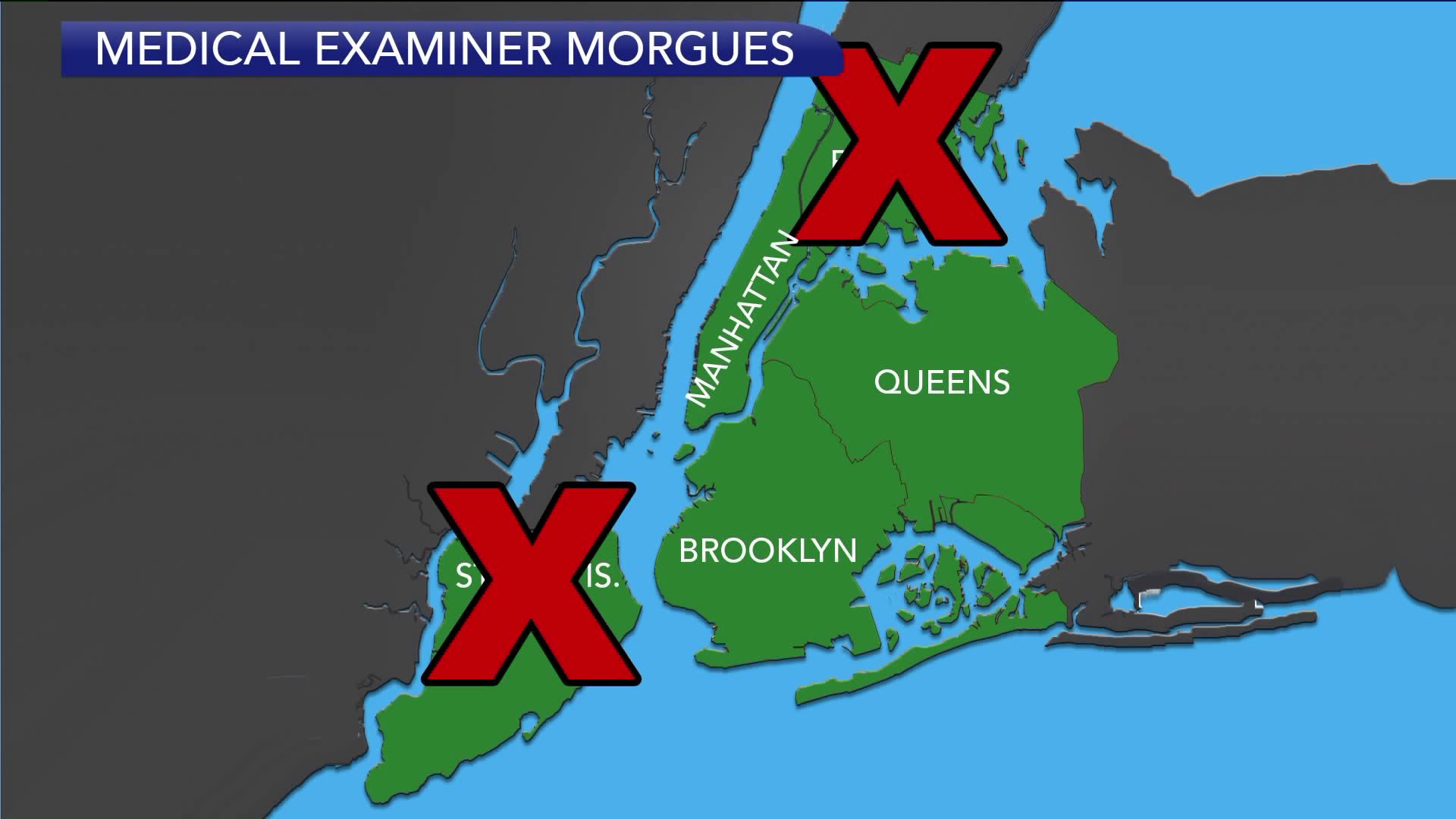 The city run mortuaries shut down two years ago in the Bronx and Staten Island, but the effects of that are being felt now.

NEW YORK — Don't plan a funeral if your loved one needs an autopsy on Staten Island or the Bronx.

That is what local funeral directors and two city councilmen are telling people in their respective boroughs, due to two morgues shutting down.

"This is an issue that really affects families and loved ones," says Vacca, who represents parts of the Bronx.

This is not something new. The city run mortuaries shut down two years ago in the Bronx and Staten Island, but the effects of that are being felt now.

Vacca grilled the Chief Medical Examiner, Barbara Sampson during a city council hearing on the topic, trying to determine why they closed two morgues, reducing the number from five to three. That means there are none on Staten Island and none in the Bronx.

"They say it improves efficiency," says Vacca. "We say it does not improve efficiency because we don't see any indication that it has."

So, if a person dies and needs an autopsy in those two boroughs, their bodies are sent to the morgues in other boroughs to receive the examination and then has to be picked up by the funeral home and brought back to the borough where the wake and funeral will be held.

"We see a 24 to 48 hour delay in getting the deceased out of the medical examiners office, which did not exist when they were on Staten Island," says Mike Lanza who runs Colonial Funeral Home on Staten Island.

In fact, Lanza says he has had cases where families could not plan a funeral for up to three days because of delays in getting the body released from the medical examiner.

However, Chief Medical Examiner Barbara Sampson says that is just not the case. While testifying to the city council she stated that she believes that delays are only minutes to hours, not days.

In a statement to PIX11, the Office of the Medical Examiner said:

"The quality of mortuary operations has improved since OCME instituted changes in 2015. The vast majority of deceased are autopsied within 24 hours of arrival and ready for release the same day. On average, it takes less than 45 minutes for funeral directors to complete the check-out process at any of the mortuary locations, with no delay in access to the building.

Vacca and local directors made recommendations to reopen the two borough facilities.