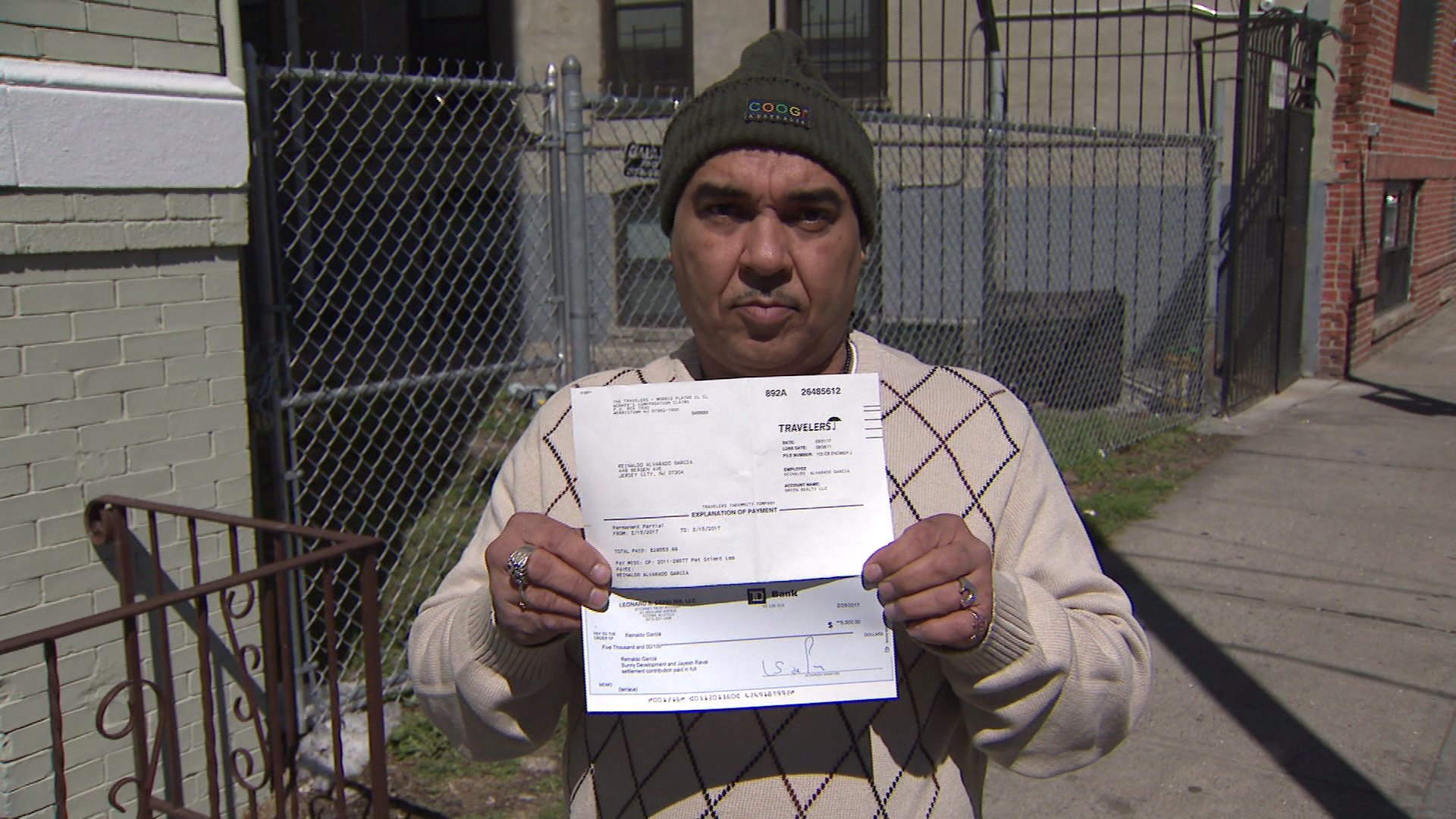 JERSEY CITY — Reinaldo Garcia of Jersey City is finally getting his money.

Reinaldo was up on scaffolding in 2011 when strong winds blew him right off.

Last year Reinaldo finally got a settlement, about $50,000. But his lawyer hadn’t delivered the cash. So Reinaldo contacted me.

We paid a visit to the law firm in Freehold, N.J. His attorney later told us in an email that the settlement has to be confirmed in court.

He was waiting for Medicaid to determine what it might be owed and another case he was doing with a jury trial delayed his court appearance.

But soon after our visit, the case got on the court calendar. It was approved. And a couple of weeks ago the checks started coming.

Reinaldo is happy now. And I got the sense a lot of the problem was that the system wasn’t completely explained to Reinaldo in Spanish, his native tongue.

In any case, he’s happy that his wait is over.