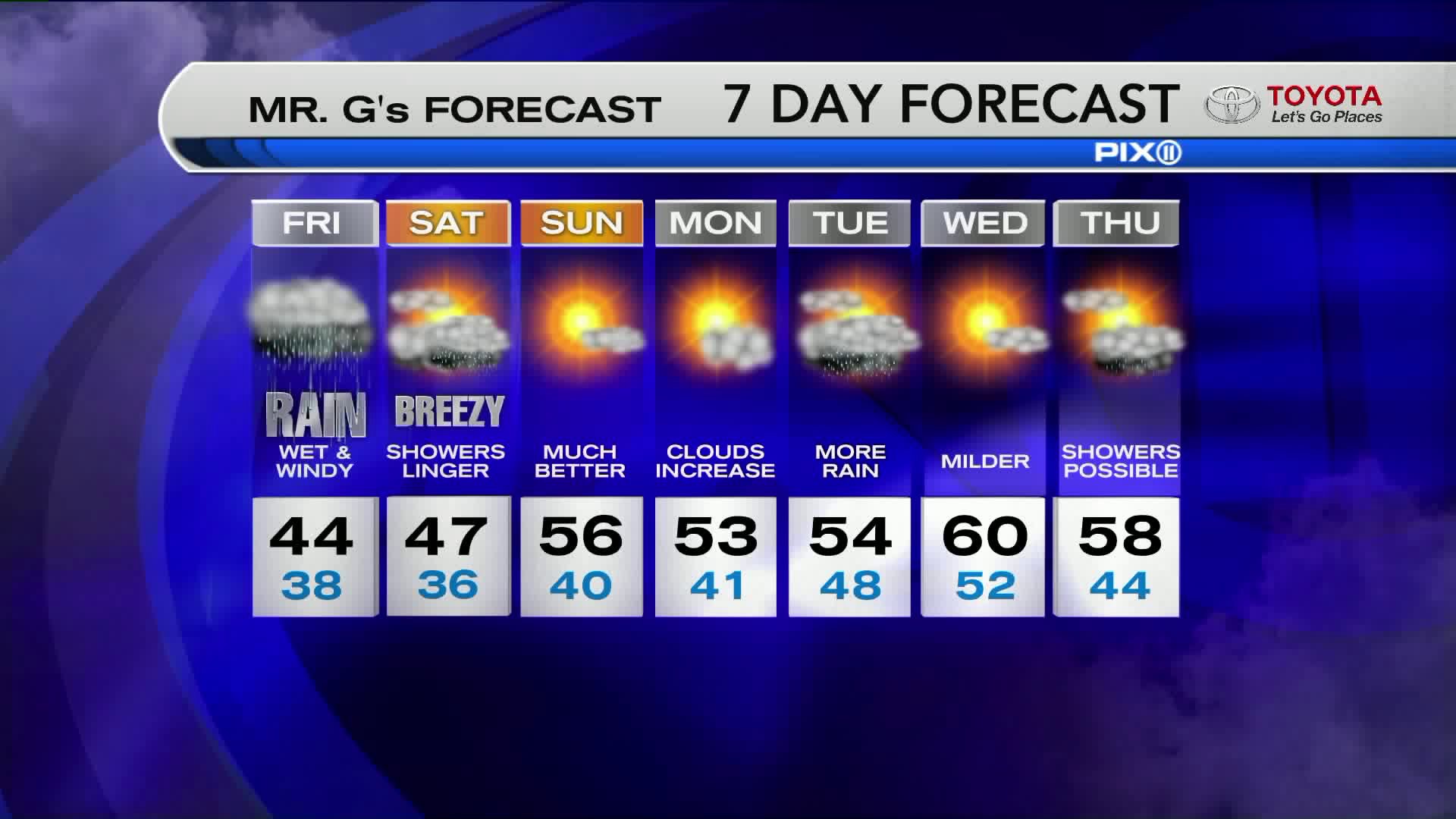 A storm system will bring copious amounts of rain and wind across the area.

NEW YORK — The calendar may say April is almost here, but winter isn't done with us yet.

A storm system will slide into the New York region Friday into Saturday, bringing copious amounts of rain and wind. Areas to the north of the city will be cold enough for a little snow or sleet at the onset before it changes over to rain.

As the system departs, there is the possibility for those same areas to change back to snow.

Rainfall amounts will range from 1.50 to over 2 inches but any localized downpours may bring as much as 2 1/2 inches. A coating of snow and sleet are possible north of the city.

In the higher elevations of Ulster, Dutchess and Sullivan counties, around 1 to 3 inches of snow and sleet will be possible through Saturday morning.

For this reason, winter weather advisories have been posted for Sullivan and the higher elevations of Ulster and Dutchess counties.

The bad weather begins Thursday evening as showers may move in.

Eventually it turns widespread towards the morning commute.

Areas well north will deal with a slick commute as a result of the sleet or snow.

Rain could turn heavy especially during the evening as a low pressure develops and slides south of the city.

On top of the rain, the wind will be gusting to over 30 mph at times as the low develops. It will also keep temperatures in the 40s as the winds come off chilly ocean.

The storm will be slow to exit Saturday keeping the risk of some leftover showers along the coast and some wintry mix to the north. Winds will continue to gust at 30 mph before it backs off late on Saturday night.

Sunday will be the pick of the weekend. The sun will return, bringing temperatures back into the mid 50s.