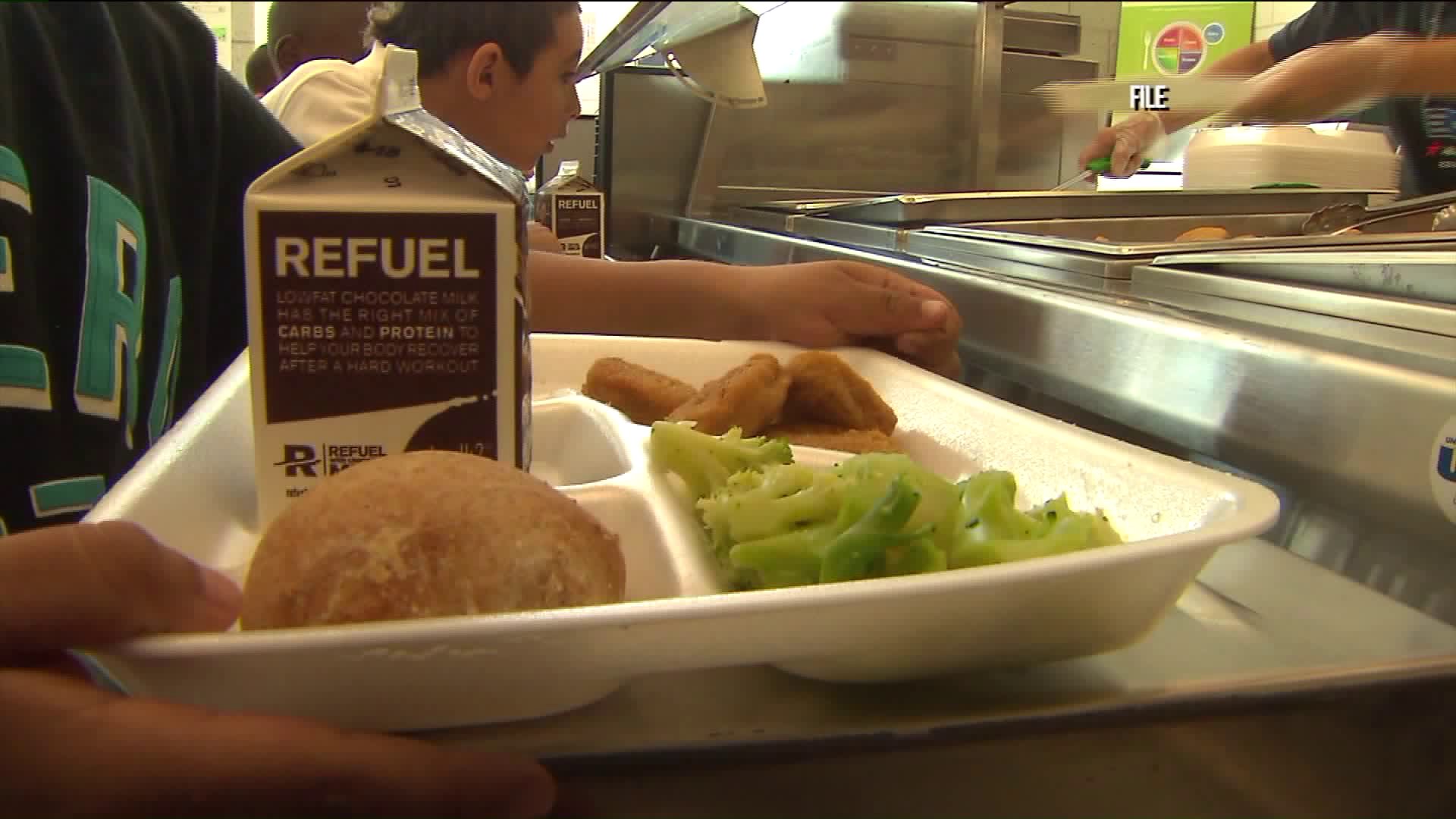 At least five customers found metal pieces in their food, prompting the recall of some 933,000 pounds of ready-to-eat breaded chicken products.

NEW YORK — Chicken nuggets have been pulled from the New York City Department of Education's menus after metal turned up inside the food.

Those nuggets are now facing a nationwide recall. Bags of chicken nuggets, fries and fillets branded with the names Smart Foods 4 Schools, Chickentopia, Tender Bird, Spring Rivers Farm, Great Value and Farmington are part of the recall, according to the USDA.

Metal likely made its way into the chicken from the conveyor belt at a processing plant, the agency said.

OK Food, Inc. last week announced its recall involving about 933,000 pounds of ready-to-eat, breaded chicken products. The recalled food is labeled with establishment number "P-7092" and were made between Dec. 19, 2016, and March 7.

The recall was prompted by at least five complaints from customers who said they found metal in their food, the company said. No injuries were reported.

Those now-recalled chicken products were served to students in school cafeterias across the five boroughs.

After the city's Department of Education learned about the contaminated chicken, the agency stopped working with the supplier, Mayor Bill de Blasio said Wednesday.

A DOE spokesperson released this statement to PIX11 News:

"Due to quality control concerns, we suspended the distribution of sliced pizza and chicken tenders. The safety of students always comes first and families should rest assured that school food is safe and nutritious. These items will not be served again until all concerns have been addressed. Schools are offering alternative menu options and we're exploring new sources for these products."

The agency has told schools to throw away any remaining chicken.