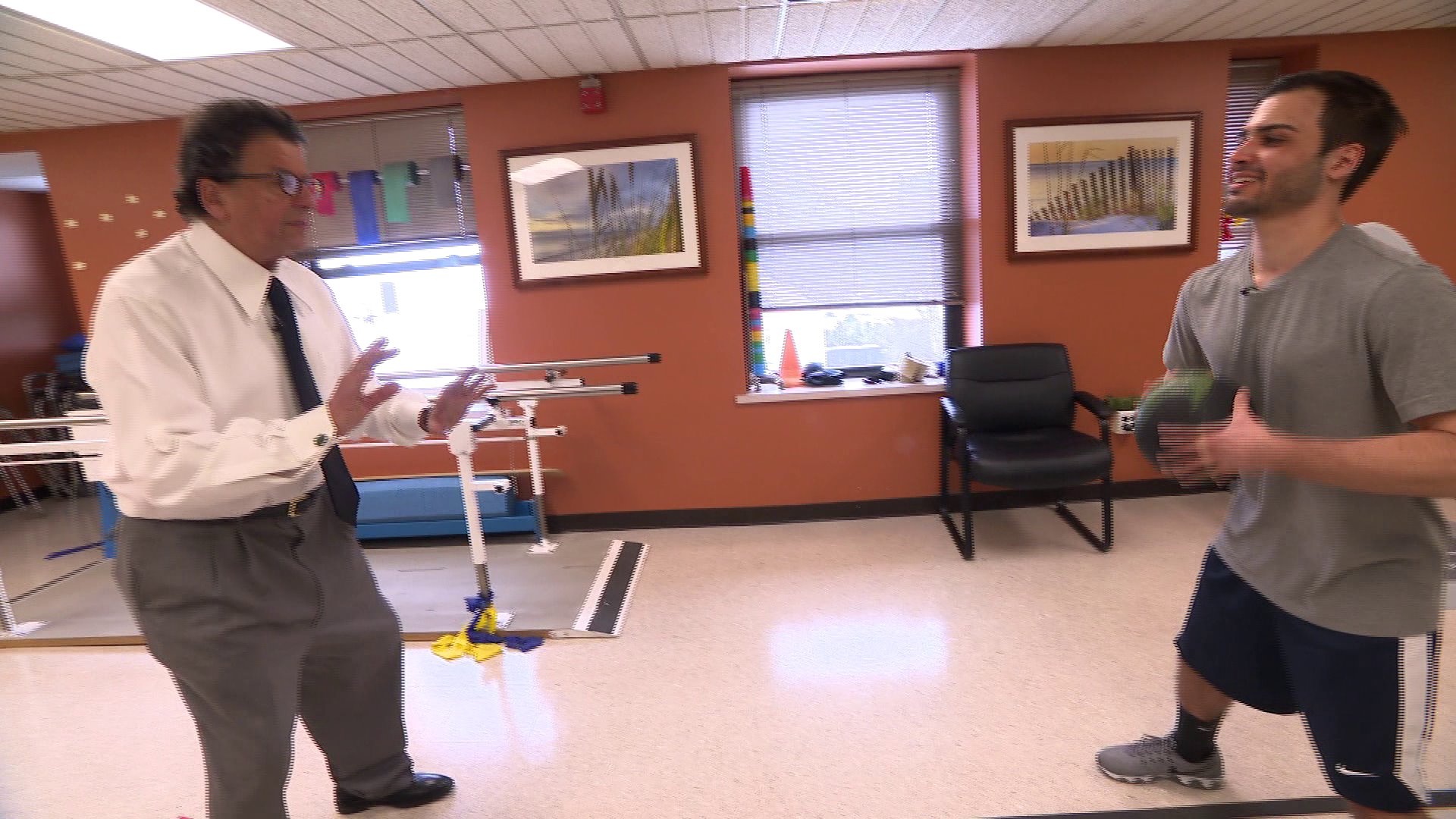 Mr. G meets Robbie Miotto, who is overcoming a traumatic brain injury with the help of Transitions, a rehab facility part of Northwell Health.

MANHASSET, New York- 23-year-old Robbie Miotto perseveres, by pushing through the pain. “I needed to learn how to do everything," he said. "Basically, I needed to relearn how to walk, talk, eat. It was tough." Three years ago, while away at college, he fell down a flight of stairs. “At the end of the stairs there was a steel door and I smashed my head against that door, and I was in a coma right after.”

A couple weeks later, he underwent multiple surgeries. “My brain was swelling so much, they needed to take out my skull flaps on both sides,” Miotto described. After months of inpatient care, he came here, to Transitions , part of Northwell Health. For more than a year, Robbie went through physical, occupational and speech therapy.

“He was devastated. His life was shattered, his identity," Jean Elbaum, director of Transitions, remembered. "He was a student, an athlete, a friend but now he didn’t really know who he was. He had to rebuild his life.” Robbie never gave up. "I had to push really hard, it was a lot of hard work,” he said. "But, I saw a lot of patients that really inspired me.”

He still has a little trouble walking and with his memory but Robbie was exceeding expectations. It was time for him to move on to a new chapter. "I’m studying to be a physical therapy assistant," he said. Despite always wanting to pursue finance. He realized this was his calling after seeing how much of a difference the people at Transitions make. Now he comes back every week to volunteer.

“I feel like it’s a double benefit. It helps the client because he’s the real thing, he went through and is doing well,” Elbaum explained. "And for him, he feels useful, he feels positive and he feels productive."