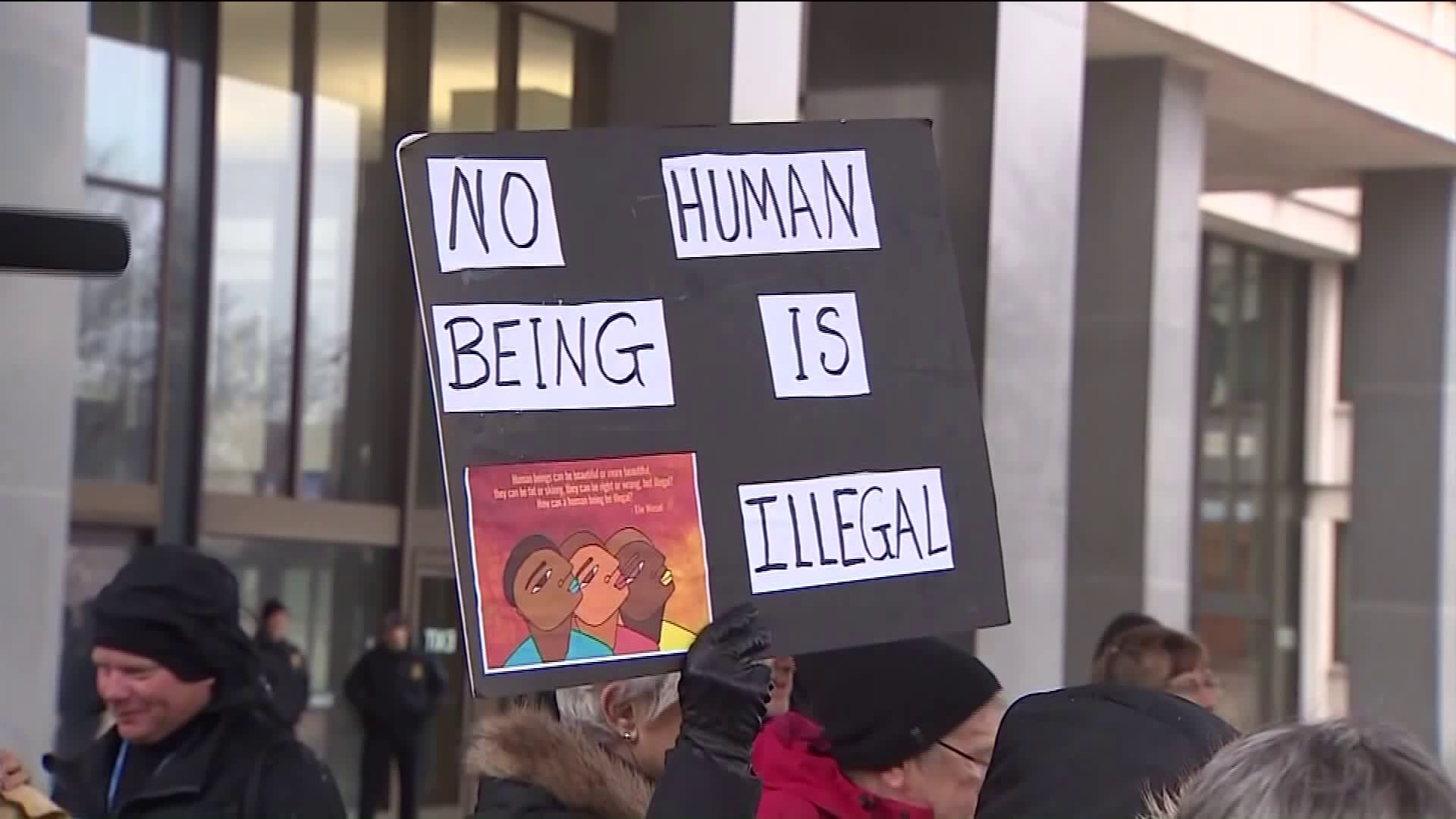 LOWER MANHATTAN – It's been a full day and night of activism and education in Lower Manhattan. Protesters have set up a 24-hour tent site, trying to send a message to the Trump administration.

Immigration advocates were holding a torchlight vigil up to 10 p.m. around the time of this PIX11 report. They've been at it all day at Trinity Church and have set up a Refugee Tent City as a sign of solidarity against President Trump's anti-immigration policies. Their intention is to continue raising awareness about the city in attempt to show this fight is going to last for some time.

In the face of the Trump administration's controversial immigration policies, a combination of education and a persistent presence reminds the preferred response of protesters. And while PIX11 News has covered so many of these events over the last several months, the one held at Trinity Church in Lower Manhattan on Tuesday had chants that drowned out the two fundamental questions on either side of this debate.

In Trump's America, should an immigrant's undocumented status be reason enough to start the deportation process against them as argued by many of his supporters. Or should undocumented immigrants be allowed to stay in the U.S. be put on a path to citizenship?  In other words if our country is one big sandbox that at one time built an entire infrastructure on Ellis Island to legally welcome 12 million immigrants, many of them of European decent, is it now appropriate to turn away newcomers from other lands who got here anyway they could in search of the same American Dream?

"It's no only affecting immigrants, it's also affecting the children of immigrants," said Michelle Talcoxoleo, who is from Mexico.

"I'm here to help my life, I'm here to do something that's going to help save my family and generation," said Maryam Olatunde, who hails from Nigeria.

Three teenagers who say they are fighting for their right and their families' right to stay here.

A Trump supporter walking by interrupted the interview, calling for a travel ban and citing the 9/11 terrorist attacks and the recent one in London to justify it.

"Smash ISIS and enforce the travel ban!" he shouted.

When asking the teens how they felt about it, they all gave passionate responses.

"He should first get educated on different races, we're not all bad people, Talcoxoleo said.

"Do you think the small portion of people represent the whole Muslim community," said Neili Popal, an Afghani immigrant. "No it does not. Do you know how many Muslims help America? Instead of bashing it. He has fear in him. He's scared. That's why he's attacking us."

According to federal statistics, more than 90 percent of the 240,000 people that were deported in fiscal year 2016 had some sort of criminal record.